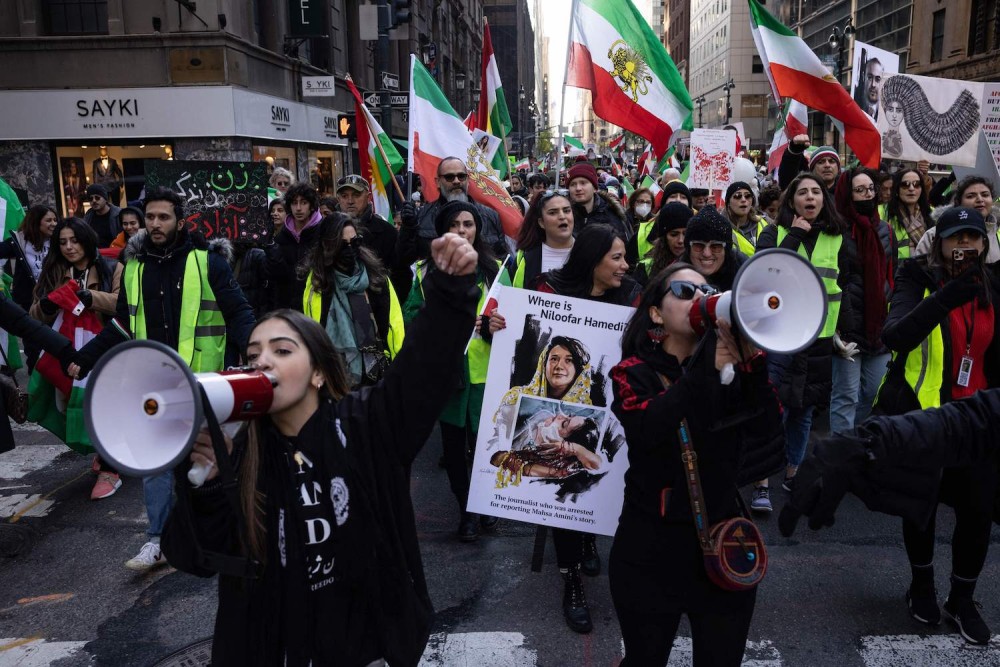 More than two months have passed since mass protests erupted in Iran after 22-year-old Mahsa Amini, an Iranian Kurdish woman, died in Tehran in the custody of the morality police. The youth-led movement continues to gain strength and capture global attention despite increasing violence at the hands of the regime.

Last week, four people were sentenced to death in connection with their participation in protests challenging the country’s clerical establishment. In recent days, security forces escalated their crackdown with live fire in Iran’s Kurdish region, which has been at the center of the protest movement. On Monday, tens of thousands of protesters there joined the funeral of a 16-year-old boy killed at a protest in the small town of Piranshahr.

The U.N. Office of the High Commissioner for Human Rights (OHCHR) on Tuesday called the ongoing crisis in Iran “critical,” saying that more than 300 people have been killed in the regime crackdowns so far. Accounts from Kurdish-majority cities suggest that security forces killed more than 40 people in the last week, an OHCHR spokesperson said, and estimates from other rights groups are even higher.

The protesters’ enduring anger—built on dissatisfaction with the hard-line government, the economic crisis, and policies such as the mandatory hijab law—presents a significant and growing challenge to the regime. The Wall Street Journal reported on Tuesday that Iranian leaders reached out to two of the Islamic Republic’s more moderate founding families last month, asking them to speak out to calm the protests, but they refused.

The U.N. Human Rights Council in Geneva will hold a debate on the protests on Thursday, with diplomats and witnesses expected to attend. The session will hear a proposal to create a fact-finding mission focused on the government crackdown to collect evidence of potential abuses that could later be used in a national or international court.

Iran’s unrest has also gained visibility at the 2022 FIFA World Cup, where the country’s national team began its first match against England on Monday by refusing to sing the national anthem in an apparent show of solidarity with protesters. The team had previously faced criticism from activists for bowing to Iranian President Ebrahim Raisi at a send-off before traveling to Qatar; videos online showed some crowds of protesters celebrating Iran’s loss.

Iran plays against Wales on Friday. Some Iranian politicians issued veiled threats toward the team, raising questions about what the players would do next, the Guardian reports. On Tuesday, the chairman of Tehran’s city council said, “We will never allow anyone to insult our anthem and flag.” Another lawmaker called for the team to be replaced with more patriotic players. However, national media have steered away from the team’s silent protest.