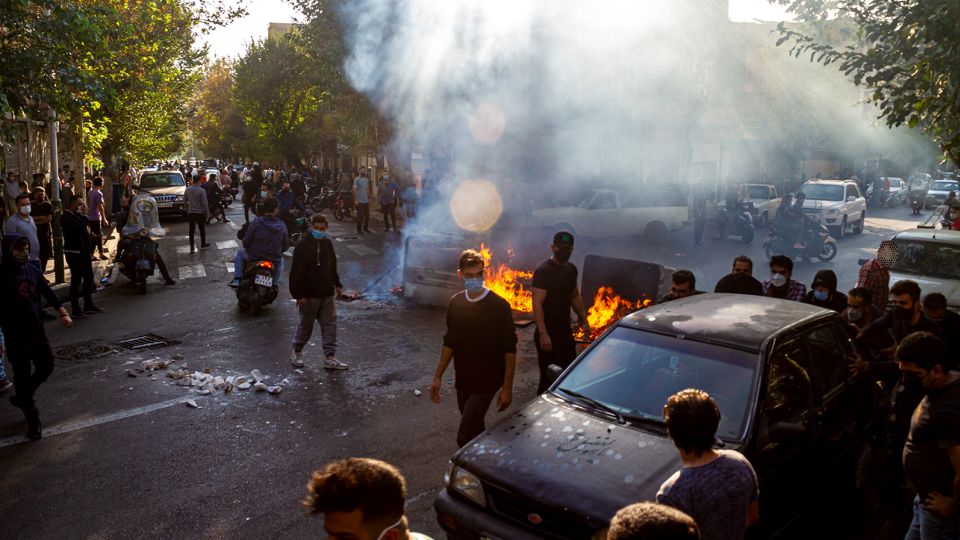 That figure includes 43 children and 25 women, the group said in an update to its death toll on Saturday – saying that its published number represented an “absolute minimum.”

CNN cannot independently verify the figure as non-state media, the internet, and protest movements in Iran have all been suppressed. Death tolls vary by opposition groups, international rights organizations, and journalists tracking the ongoing protests.

Iran is facing one of its biggest and most unprecedented shows of dissent following the death of Mahsa Amini, a 22-year-old Kurdish Iranian woman detained by the morality police allegedly for not wearing her hijab properly.

Public anger over her death has combined with a range of grievances against the Islamic Republic’s oppressive regime to fuel the demonstrations, which continue despite law makers urging the country’s judiciary to “show no leniency” to protesters.

Despite the threat of arrests – and harsher punishments for those involved – Iranian celebrities and athletes have stepped forward to support the anti-government protests in recent weeks.

IHRNGO has urged the international community to take “firm and timely action” over the rising death toll and reiterated the need to establish a mechanism to “hold the Islamic Republic authorities accountable for their gross violation of human rights.”

“Establishing an international investigation and accountability mechanism by the UN will both facilitate the process of holding the perpetrators accountable in the future and increase the cost of the continuous repression by the Islamic Republic,” IHRNGO director Mahmood Amiry-Moghaddam said.

Since the start of the protests, deaths have been recorded across 22 provinces, according to the IHRNGO. Most were reported in Sistan and Baluchistan, Tehran, Mazandaran, Kurdistan, and Gilan provinces.

Iranian authorities have also charged at least 1,000 people in Tehran province for their alleged involvement in the protests.

The rights group said that dozens of protesters face “security-related charges” and are at risk of being executed.

On Friday, United Nations experts urged Iranian authorities “to stop indicting people with charges punishable by death for participation, or alleged participation, in peaceful demonstrations” and “to stop using the death penalty as a tool to squash protests.”