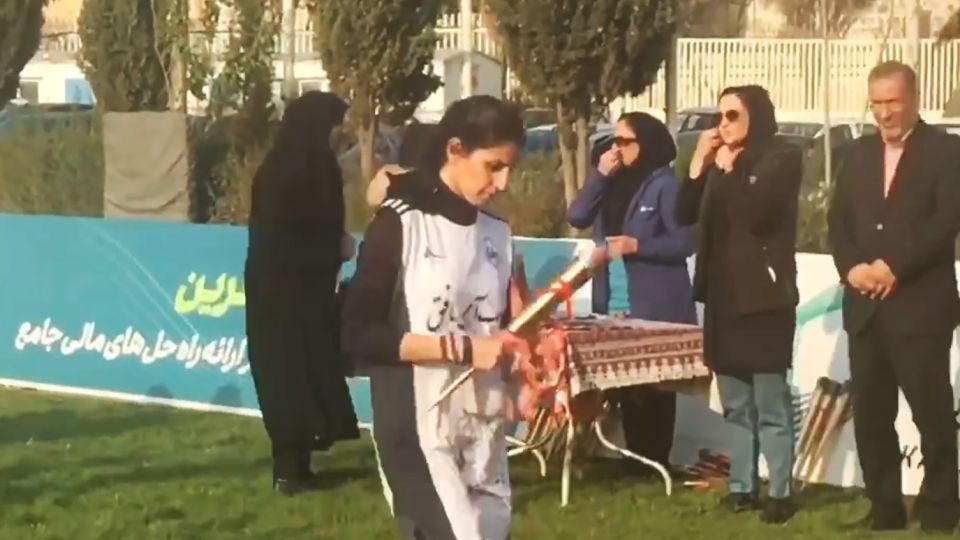 In the video, Ghasemi lets her headscarf fall off as she stands on a podium along with other athletes. One girl standing next to her attempts to put it back on, but Parmida lets it hang off. People in the audience, who are not seen in the video, are heard clapping and cheering the action.

Ghasemi is not the first Iranian athlete to express solidarity with protestors.

Videos obtained by CNN show Iranian athlete Saeed Piramoon from the national beach soccer team making a hair-cutting gesture after scoring a goal against the United Arab Emirates in Dubai earlier this week, a symbol that has been popular in demonstrations.

Last month, Iranian climber Elnaz Rekabi competed in South Korea without her mandatory hijab on, later saying it had fallen off accidentally. However, it is unclear whether Rekabi’s comments were made under duress.

Iran’s deputy sports minister Maryam Kazemipour said on Wednesday that athletes who acted against Islamic norms “regretted” their actions afterward and “are looking for an opportunity to make up for their mistake.”

“These people took actions under the influence of the enemy’s propaganda … but after a short period of time, they regretted and are looking for an opportunity to make up for their mistake,” Maryam Kazemipour said, according to state news agency IRNA.

“Iranian women proved that the Islamic hijab does not create any restrictions for them,” Kazemipour added.