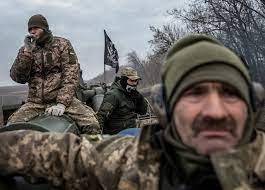 Russian forces have completed their withdrawal from Ukraine’s Kherson Region west of the Dnipro River, including Kherson city, the Russian Defense Ministry said on Friday.

“In the Kherson direction, the move of Russian military units to the left bank of the Dnieper River was completed at 0500 [Moscow time] this morning,” the ministry said on its official Telegram channel.

“Not a single piece of military equipment or weaponry was left behind on the right bank,” the statement said, referring to the western side of the river. “All Russian servicemen have moved to the left bank of the Dnieper” it added, using the Russian spelling for the river.

Images and video on social media on Friday showed that the Antonivskyi Bridge, the main conduit over the Dnipro River in the Kherson region, had been destroyed.

An image circulating on social media Friday showed a Ukrainian flag in the center of Kherson, though there is no suggestion that the Ukrainian military is yet in that city.