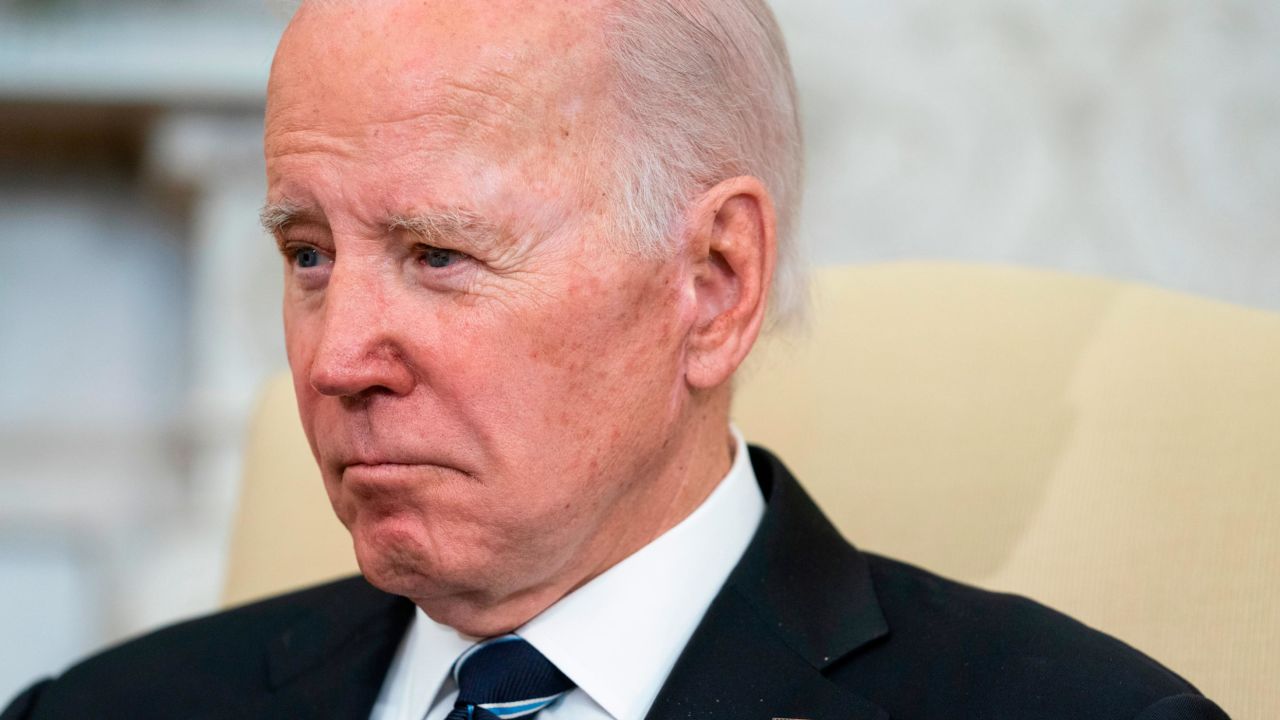 Since the day in early November when President Joe Biden’s lawyers first found documents with classified markings at his private office in Washington, DC, the extraordinarily small number of aides kept in the loop have adhered to one rule: Say nothing publicly that could jeopardize the investigation.

For 68 days, that meant nothing at all. As the saga burst into public view last week, the White House was still exceptionally selective in what it shared – leading to a torrent of questions and criticism about how much it is revealing, and when.

Biden himself has chafed at how much he is able to reveal publicly, telling reporters twice last week he hoped to say more.

“I’m going to get a chance to speak on all this, God willing, soon,” he said on Thursday, hours before Attorney General Merrick Garland named a special counsel to oversee the investigation.

Related: What we know about the Biden classified documents: A timeline of events

Behind the scenes, sources said Biden’s grown frustrated at how the saga has played out, particularly the way his administration’s handling of the story has overtaken what had been a positive stretch.

People close to the White House say there is currently a mood of quiet resignation among Biden aides – an “It is what it is” mentality – as they, too, wait to learn if news of more misplaced classified documents will surface in the coming days.

On Monday, following a weekend that revealed yet another disclosure of misplaced classified documents found at Biden’s Wilmington home last week – and his personal lawyer going on defense – the president had just one item on his public schedule: A speech before the National Action Network to commemorate Martin Luther King, Jr. Day.

Rev. Al Sharpton, the civil rights leader who founded the group, told CNN on Monday that Biden appeared “upbeat” when the two spoke privately on the sidelines of the event. Biden made no mention of the classified documents saga that had engulfed the White House over the last week, Sharpton said.

And when Biden privately mentioned House Republicans to Sharpton, he did not raise their promises to investigate the classified documents: “He said, with Congress shifting, there’s going to be more difficulty legislating. But he said he’ll try to work with the Republicans and reach out to them,” including on the issue of voting rights, Sharpton said.

Biden’s decision to avoid raising the topic – either in public or in his conversations with allies – is keeping with his team’s mandate to avoid harming the investigation and making matters worse.

Bob Bauer, the president’s personal attorney who has been handling the documents matter, has determined that public release of details on the investigation could interfere with the ongoing probe, which now rests with special counsel Robert Hur.

In his first public statement about the case, Bauer said Biden’s personal lawyers “have attempted to balance the importance of public transparency where appropriate with the established norms and limitations necessary to protect the investigation’s integrity.”

“These considerations require avoiding the public release of detail relevant to the investigation while it is ongoing,” he wrote.

The small circle of White House advisers who were aware of the case over the past two months – and Biden himself – have stuck closely to that guidance, believing releasing more information could potentially hurt the investigation.

Yet even some of the president’s closest allies have wondered out loud why the White House waited so long before going public about the misplaced classified documents first found in early November. They’ve also wondered why, when the White House counsel’s office publicly confirmed for the first time last week that a batch of classified documents had been discovered at Biden’s office, it did not mention that more had been found in December at Biden’s Wilmington, Delaware, home.

Former Democratic Sen. Doug Jones, a close Biden ally who was a top contender to serve as his attorney general, told CNN in an interview that in his view, the White House has been hobbled by “unforced errors.”

Jones said that he believed Biden’s lawyers handled the situation “absolutely appropriately” by immediately informing the National Archives after stumbling upon the first batch of classified documents. But it was when Richard Sauber, special counsel to Biden, released his first public statement confirming that discovery last week that Jones said the White House made a serious error in judgment.

“Once you make a statement, once you have the facts, you have to be full and complete. They weren’t full and complete,” Jones said. “They talked about the first [batch of documents] but not the second [batch] even though they knew about it.”

In his next conversation with senior West Wing aides – whenever that might be – Jones said he would express to them: “‘Gosh, come on y’all. You’ve got to do a better job when sh*t like this happens.’ That’s exactly what I would say.”

Over the weekend, Democratic Sen. Debbie Stabenow said the discovery of the classified documents was “certainly embarrassing” for Biden.

“It’s one of those moments that, obviously, they wish hadn’t happened,” Stabenow said on NBC’s “Meet the Press,” even as she acknowledged that Biden lawyers are clearly working to “correct” the situation.

The White House breaks from its playbook

If the misplaced classified documents have created a fresh crisis for Biden, the legal sensitivities surrounding the issue have prevented the White House from deploying tools from its usual political playbook.

Over the past week, White House officials have tread with extraordinary caution when asked questions about the classified documents, pointing to the ongoing Justice Department review – and, as of Thursday, a special counsel investigation – as reason for not being able to share any information on the matter.

There have been no written talking points widely blasted out to Democratic allies, including lawmakers on the Hill, advising them on how best to publicly defend the White House. Such a move would not be unusual for other political dilemmas but is seen as simply inappropriate given the gravity of a Justice Department investigation.

Last week, after the first revelation about documents at Biden’s private office emerged, the White House convened a call with top allies to explain the investigation, hoping to quell the growing criticism and questions about the discovery. On the call, a White House official characterized the documents as “fewer than a dozen,” two people familiar with the call said, none of which are “particularly sensitive” and “not of high interest to the intelligence community.”

It was only a day later when news emerged additional documents had been found at a second location, bringing the total number of classified documents to approximately 20 – laying bare the difficulty for White House aides in managing a story without a full picture of its scope.

One Democratic leadership aide on Capitol Hill said White House aides have been making clear in conversations with allies that there are two angles worth emphasizing: That the White House is committed to fully cooperating with the ongoing investigation and that there are notable differences between the Biden classified documents discovered so far and the troves of classified documents discovered at former President Donald Trump’s club at Mar-a-Lago in Florida.

Biden’s aides acknowledge the coming weeks or months will present a challenge as they confront the special counsel’s work while still attempting to promote Biden’s agenda in anticipation of an expected announcement that he is seeking reelection, which could come as early as next month.

There will almost certainly be questions about which aides are called to testify before the special counsel, and who – if anyone – will take the blame for the documents being misplaced.

Some allies of the president suggested Hur’s appointment could be helpful for Biden in the long run by providing a clean comparison to Trump – who himself is subject to a special counsel investigation into his handling of classified documents. Biden’s aides believe the results of the two special counsels will demonstrate the clear differences between the two cases. One ally likened it to a “short term pain, long term gain” situation.

Biden, for his part, hasn’t addressed the documents matter since last week, when he flashed some pique at a question about why classified material was stored next to his 1967 Stingray Corvette.

“By the way, my Corvette’s in a locked garage, OK, so it’s not like it’s sitting out in the street,” he said.

Over the weekend, Biden returned to his home in Wilmington with one of his senior advisers, Steve Ricchetti, who acted as a chief of staff when he was vice president and held a senior role at the Biden Penn Center.