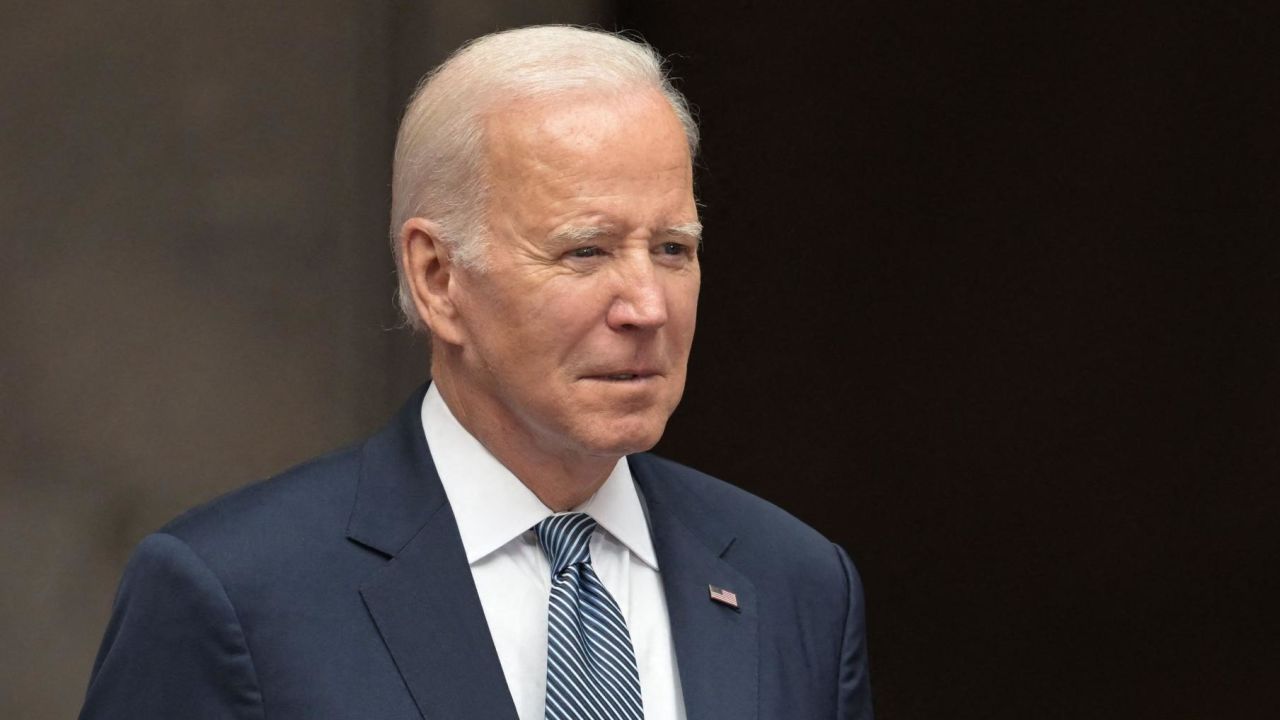 The discovery of documents with classified markings in a Washington, DC, office used by President Joe Biden after his time as vice president might have been a relatively small story that got little attention.

But it is a very big deal in large part because former President Donald Trump, who wants to run against Biden in 2024, waged and lost a public war against the National Archives over presidential documents.

The circumstances of the classified documents apparently kept by the two men appear to be so different as to defy comparison, as CNN’s Stephen Collinson notes, although at the very least, it’s not a good look for Biden’s lawyers to have discovered any classified documents at his former office.

Back in September, Biden said Trump’s treatment of documents was “totally irresponsible.”

Responding to a “60 Minutes” question about an image of classified documents spread across the floor at Trump’s Mar-a-Lago resort, Biden said his reaction was: “How that could possibly happen. How one – anyone could be that irresponsible. And I thought, ‘What data was in there that may compromise sources and methods?’ By that I mean, names of people who helped or th– et cetera. And it just– totally irresponsible.”

Now he will have to answer questions about his own treatment of documents.

While Biden’s lawyers quickly turned the few classified documents they discovered over to the National Archives and Records Administration, areas of Trump’s primary residence at Mar-a-Lago were searched by the FBI last summer after he misled and stonewalled about the existence of boxes of documents.

Both men’s treatment of classified documents is now under active investigation by lawyers from Department of Justice.

Here’s what we know so far about the Biden classified documents and what happens next. Much of this comes from reporting by CNN’s Jamie Gangel and from a statement by Richard Sauber, special counsel to the president.

Where were the documents found?

When were the documents found?

The documents were found in early November – a week before the midterm elections – by Biden’s attorneys.

How did the public find out about the existence of these documents?

CBS News reported Monday that Attorney General Merrick Garland assigned a prosecutor, the US Attorney in Chicago, to review the documents.

Why wasn’t the discovery announced sooner?

It technically wasn’t announced at all. CBS’s report on the involvement of the US Attorney in Chicago was the first public word about these documents. It’s not clear if their discovery will lead to any official action, court case or report.

Who found the documents?

Attorneys for the president found the documents as they were closing down the office he used in Washington, DC, according to Sauber. That’s an important distinction with the Trump classified document situation. Biden’s private attorneys found the documents and then notified the National Archives. For Trump, the National Archives spent more than a year pursuing documents from his time as president and pursued legal avenues all the way up to the Supreme Court.

What’s the nature of the documents that were found?

There were fewer than a dozen documents found and Sauber said they “appear to be Obama-Biden administration records.”

For comparison, Trump refused to turn over hundreds of documents marked either secret or top secret.

Gangel and CNN’s Marshall Cohen reported Tuesday that, according to one source, the Biden documents covered topics including Ukraine, Iran and the United Kingdom.

What sort of classified markings did the documents have?

Gangel reported that the classified materials included some top-secret files with the “sensitive compartmented information” designation that is used for highly sensitive information obtained from intelligence sources.

Who is the US attorney in Chicago?

John R. Lausch is the US attorney for the Northern District of Illinois. Garland may have gone to Lausch for this investigation since Lausch was appointed to the position by Trump in 2017 and thus would avoid the appearance of a conflict of interest that a Biden-appointed prosecutor would face, people briefed on the matter told CNN’s Cohen and Evan Perez.

What is Garland saying?

Nothing publicly. For comparison, Garland only spoke in public abut the search of Mar-a-Lago after Trump publicly announced the search was occurring. Trump’s attacks on the FBI led to a surge in threats against agents.

Where are the documents now?

Biden’s attorneys immediately informed the National Archives and turned them over to Archives officials the next day, according to CBS.

What is the National Archives’ view?

The Archives has not yet issued a public statement, but Gangel’s source told her the Archives views the situation as a mistake.

What is Biden saying?

Biden said he was “surprised to learn there were any government records that were taken there to that office,” in response to a reporter’s question at a news conference in Mexico City, where he was attending a trilateral summit with the leaders of Mexico and Canada.

He emphasized that he does not know what is in the documents that were found in the office. Neither Biden nor his White House legal team reviewed them before they were given to the National Archives.

The president said his attorneys “did what they should have done” by immediately calling the Archives.

“People know I take classified documents, classified information seriously,” Biden added, saying that the documents were found in “a box, locked cabinet – or at least a closet.”

What has the Republican response been?

Rep. James Comer, the Kentucky Republican who now chairs the House Oversight Committee, sent letters to the White House Counsel’s Office and the National Archives in what represents the opening salvo by Republican-led congressional investigations into Biden’s handling of classified material.