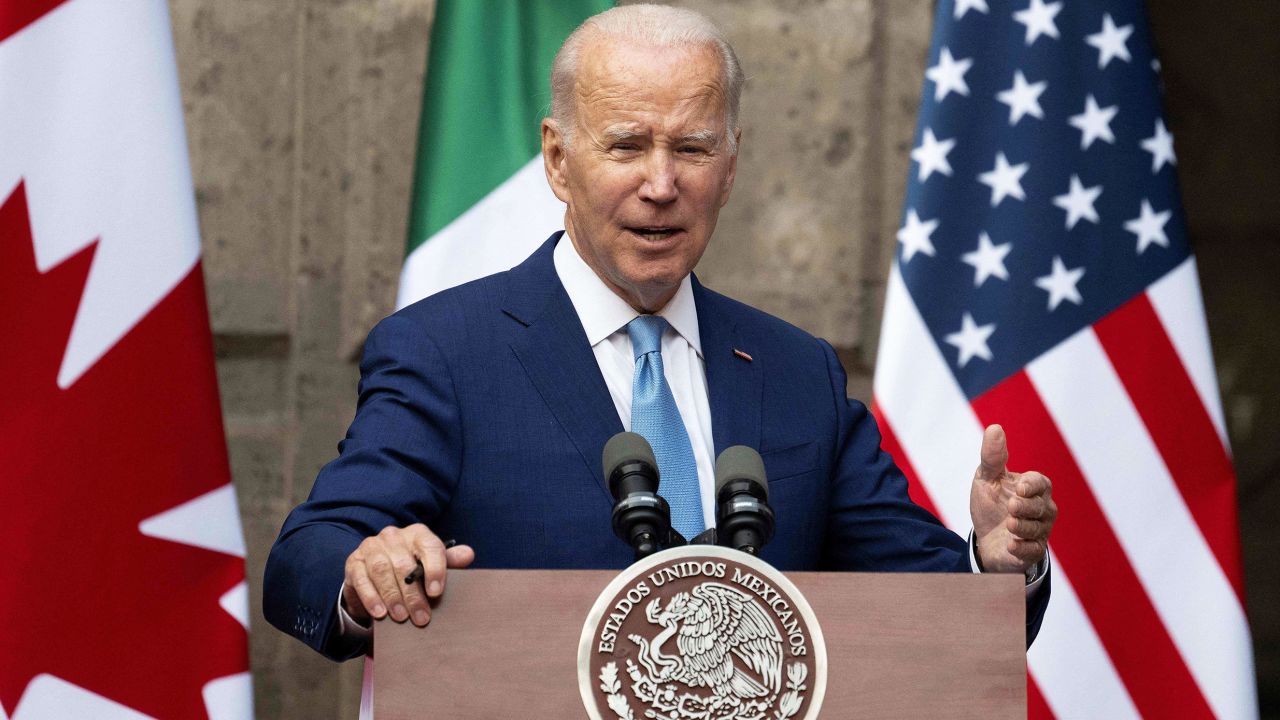 It won’t be as “easy” as President Joe Biden hopes to quell the furor over classified documents unearthed in his post-vice presidential office.

The disclosures couldn’t have come at a worse time for Biden. Members of the new Republican House majority are falling over one another for a spot on a new committee set up to investigate whether the US government has been politically “weaponized” by Democrats. The mission is rooted in Trump’s false claims that he was spied on by the FBI and that a deep state of liberals is using the instruments of government to persecute him, his family and conservatives.

Biden offered his first public reaction to his own classified documents flap during a trip to Mexico in which his bid to show he can handle the southern border crisis was all but drowned out by the controversy.

“Let me get rid of the easy one first,” Biden told an American reporter who asked him several questions, including one about the documents, in Mexico City.

He said he was surprised when he learned about the discovery, that he didn’t know what was in the files, that they were in a locked closet and that his lawyers immediately turned them over to the National Archives and Records Administration.

“People know I take classified documents, classified information seriously,” the president said, drawing an implicit contrast with Trump’s fight to keep many more documents that he hoarded at his Mar-a-Lago resort after leaving office.

Biden’s response was notable and his words were carefully chosen, apparently evidence of an acknowledgment by the White House that the president couldn’t ignore the increasing noise over the documents but also of a desire to avoid offering Republicans new political ammunition.

A new nightmare for the attorney general

According to available evidence so far, Biden appears to be giving it to Americans straight – as he promised to do on the campaign trail. Yet that does not mean he shouldn’t have to answer questions about how the documents came to be in that Washington, DC, office, whether they were secured and why he didn’t alert the country to the discovery sooner, given the extreme sensitivity of the issue amid special counsel Jack Smith’s criminal investigation into Trump’s retention of classified information. And new revelations or the discovery of other secret material could still change the trajectory of this controversy.

Fundamentally, the White House is under pressure to demonstrate that the president has not condemned Trump for careless handling of the nation’s secrets while being haphazard about such material himself.

It’s possible the issue could soon be solved since Justice Department investigators have repeatedly briefed Attorney General Merrick Garland about the episode.

But politically, this drama will run and run.

Garland, who has vowed to purge Trump-era politicization of the DOJ, is already facing calls for a special counsel – to demonstrate evenhandedness given the Trump probe. The spectacle of the Justice Department of one administration investigating the immediate former president and an active 2024 White House candidate was already deeply uncomfortable for Garland. The new revelations made it far worse. They also extend a streak of the FBI and the Justice Department being dragged into reputation-tarnishing political swamps – that date back to Hillary Clinton’s emails during the 2016 presidential campaign when she was the Democratic nominee, and the multiple scandals and examples of political pressure on the department and the bureau involving the Trump administration.

A political gift for the new GOP House

Whatever the facts of the Biden documents case, House Republicans have a new opening they can use to spin innuendo and suspicion to damage the president. Nuance, after all, is typically the first casualty of a Washington pseudo-scandal.

But all the available evidence so far suggests that Trump’s transgressions are far greater than that of Biden.

Trump, for instance, kept hundreds of classified documents – including some with the highest security designations – that should, by law, have been handed back to the federal government. This includes more than 100 documents that were seized in a court-approved search of his property by FBI agents last year. At various points, Trump denied he had the material, claimed it was planted by the bureau, insisted that he owned it or ludicrously suggested he had simply declassified it with a private thought.

But in a media environment where partisan news coverage blurs the truth, many Americans will only hear headlines about one president – Biden – who condemned Trump for keeping secret documents and is now guilty of the same offense. Republicans are certain to brand Biden not just as a hypocrite but will use the case to construct a narrative of absolution for Trump, who is under criminal investigation, including over potential obstruction by the Justice Department. They are already setting up an argument that if Biden is found not to have broken any laws, then it must follow that Trump will be a victim of runaway political persecution if he doesn’t get the same result.

The fact that this approach may not reflect the truth of the matter is immaterial from a political perspective – since the goal of many partisan investigations is to damage the target politically – even if there’s insufficient evidence to prove that laws were broken or that prosecution is merited. That trend was seen in GOP probes into Clinton ahead of the 2016 election.

As an example of the hard-knuckle politics to come, many Republicans who shrugged off Trump’s behavior are suddenly demanding answers from Biden.

For example, the incoming chair of the House Oversight Committee, James Comer, told CNN less than two months ago that investigating Trump over his refusal to hand back secret government documents “will not be a priority” in the new Congress.

Yet on Tuesday he fired off a letter to Biden’s White House counsel expressing concern that “President Biden has compromised sources and methods with his own mishandling of classified documents.”

While there are valid questions that Biden needs to answer, Comer suggested in another letter that the National Archives had shown possible evidence of “political bias” in its handling of the Trump and Biden classified documents cases.

Reasoning would suggest the Archives behaved differently toward the current and former president because Biden’s team immediately handed over the documents when they were discovered but Trump resisted handing over his own larger stacks of classified material for months.

The inconsistencies in the Comer response will only raise suspicions about the political shade of Republican investigations in the 118th Congress.

The legislative branch has duty to provide oversight of the White House and there are multiple issues that beg to be investigated — including the chaotic withdrawal from Afghanistan, the border crisis and how the government handled the Covid-19 pandemic, the worst public health emergency in a century. The House, for instance, voted for a bipartisan panel on Tuesday to examine the challenge posed to US national security by China’s increasing military and political power.

But the strong impression that many Republicans are leaping at a chance to censure Biden to protect Trump – a former president who was twice impeached, inspired a mob attack on the US Capitol and tried to steal the 2020 election – threatens to cast doubt on their motives.

But Biden was asked questions by journalists about the issue at the first opportunity in Mexico on Tuesday – and the case is getting more complete explanations in the press than it is from leading Republicans.

Yet, Scalise, Comer and other Republicans will certainly ensure that Biden won’t get to stop answering questions on his own classified documents problem any time soon.