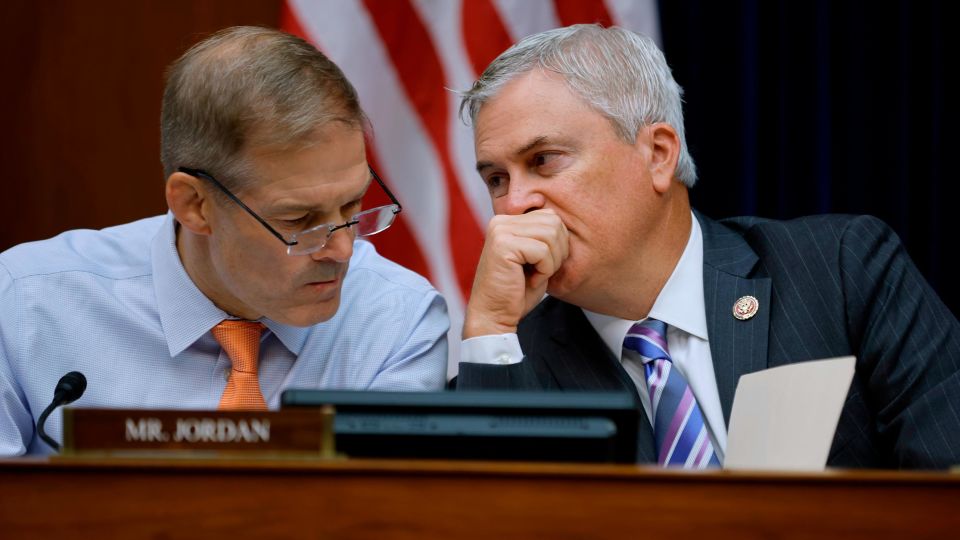 House Republicans are in active discussions to immediately hit the ground running if they take power on Tuesday and target what has become one of their top priorities: Investigating President Joe Biden’s son.

On November 9 – the day after the midterm elections – Rep. James Comer of Kentucky, who is likely in line to chair the House Oversight Committee, told CNN he is going to resend a letter to the Treasury Department demanding the agency fork over any suspicious bank activity reports linked to Hunter Biden. A previous request was rebuffed, but Comer said the department may be more inclined to cooperate when it becomes clear Republicans are going to be in charge of the House, meaning the GOP will have newfound subpoena power.

And the following week, Comer and Rep. Jim Jordan of Ohio, the top Republican on the House Judiciary Committee, are planning to hold a joint press conference laying out what they’ve already uncovered about Hunter Biden, according to sources familiar with the matter. On Friday, Jordan released more than 1,000 pages of his committee’s investigative roadmap alleging political interference by the FBI and Justice Department based in part on whistleblower allegations, while rehashing some previous claims and requests that Republicans have made.

Sources say Comer and Jordan next week plan to reveal the contents of at least one suspicious bank report they obtained, though such reports are not conclusive and do not necessarily indicate wrongdoing, as well as a reported text message exchange between Hunter Biden and a financial adviser. Millions of so-called suspicious activity reports are filed every year but very few lead to an law enforcement inquiry.

“We’re going to lay out what we have thus far on Hunter Biden, and the crimes we believe he has committed,” Comer told CNN. “And then we’re going to be very clear and say what we are investigating, and who we’re gonna ask to meet with us for transcribed interviews. And we’re going to show different areas that we’re looking into.”

The younger Biden, who is facing a federal investigation into potential tax violations and allegedly making a false statement over a gun purchase, has not been charged with any crime. But Republicans are planning to focus in large part on Biden’s overseas business dealings as they try to link him to his father, though it remains to be seen what if any evidence they have uncovered.

Hunter Biden has also denied wrongdoing in his business activities.

The fact that the Hunter Biden probe will be one the GOP’s first order of business following their anticipated takeover of the House next week underscores just how much investigations, hearings and subpoenas will dominate in a Republican majority. Most bills will be primarily messaging endeavors, unlikely to overcome the president’s veto or the Senate’s 60-vote threshold, though they would have to pass legislation to fund the government and raise the national borrowing limit to raise a debt default – an endeavor that is already alarming Democrats. The White House declined to comment on this story.

Biden has also denied wrongdoing in his business activities.

Democrats see the probes as nothing more than politically-motivated acts of revenge designed to damage Biden ahead of 2024 while throwing red meat to their base.

Sen. Chris Murphy, a Democrat from Connecticut, told CNN it’s “pretty apocalyptic about what the House will look like” in a GOP majority.