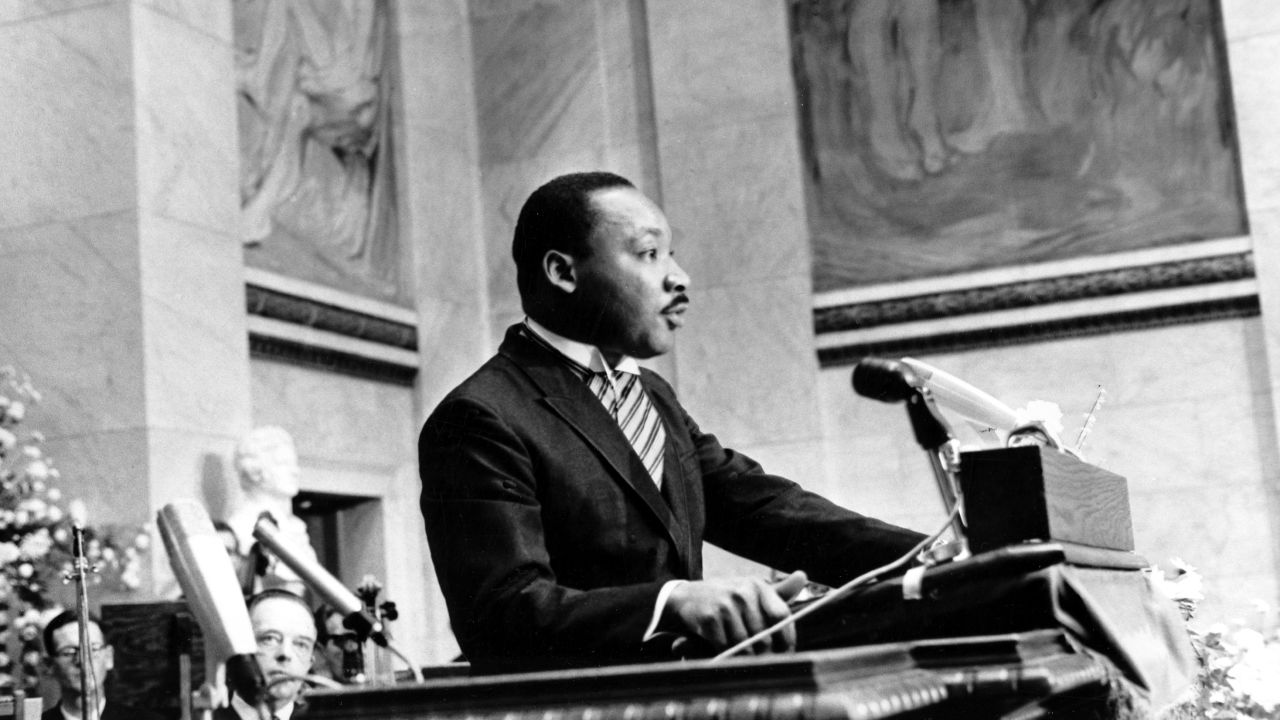 Martin Luther King Jr. was a civil rights leader and an American hero. Almost every American adult (95% in CBS News polling) believes he was an important figure in US history.

But it wasn’t always that way. The fact that King is now beloved and has a national holiday commemorating his birthday wasn’t something that obviously was going to happen during his lifetime.

This shows us that often the fight for civil rights is unpopular at the time, and it only becomes popular retrospectively.

During the 1960s, King was a very divisive figure. The last Gallup poll to ask about his popularity during his lifetime, taken in 1966, found his unfavorable rating was 63%. This included 39% of Americans who gave him a -5 rating, on a scale with -5 being least favorable and +5 being most favorable.

King’s highly negative rating came when he had turned his attention from Southern de jure segregation toward de facto segregation in northern cities.

But even before then, King was far from a universally liked person. In the middle of 1964, when Congress was in the midst of passing many landmark civil rights laws, King’s favorable rating was just 44%. His unfavorable rating was basically equal at 38%.

Perhaps even more revealing is that a lot of White Americans thought King was doing more harm than good for the fight for civil rights. In a 1966 Harris poll, 50% of White Americans indicated that he was hurting the civil rights effort. A mere 36% said he was helping. King’s favorable rating among them was 27% in 1966.

Black Americans saw things very differently. The vast majority in 1963 thought his work for equal rights was moving at the right speed (71%) or not fast enough (21%) compared with 8% who believed it was happening too fast. In 1966, 84% of Black adults had a favorable view of King, while 4% had an unfavorable view.

Even in the immediate aftermath of his death, many Americans had a negative view of King. Nearly a third (31%) said he brought his 1968 assassination upon himself. Less than a majority (43%) said they were sad (38%) or angry (5%).

By the mid-1970s, views toward King became more positive. The vast majority (67%) of Americans believed the protest marches he had led helped to speed up civil rights legislation.

That said, it was far from a sure thing that King would be celebrated with a national holiday. Early in 1983 – the year that legislation to create the eponymous holiday passed Congress and was signed by the president (Ronald Reagan) – opinion was split down the middle.

A within-the-margin-of-error plurality (48%) indicated that they didn’t want it to be a national holiday, with a nearly equal 47% saying it should be, according to an ABC News/Washington Post poll. It was only by the end of the year when most Americans (59%) favored the national holiday in a Harris poll.

Some states, however, lagged behind. South Carolina was the last state to make Martin Luther King Jr. Day a non-optional state holiday, and that didn’t happen until 2000.

Arizona was another state that took a long time to make King’s birthday a state holiday. The bill failed to pass the state legislature in 1986, and two ballot propositions failed in 1990.

The following year, the NFL decided to move the 1993 Super Bowl away from the state, as a result.

When Americans were asked whether they favored or opposed this move, just 25% favored it. The vast majority (63%) said they were opposed to moving the Super Bowl.

The move by the NFL had the intended effect. Voters in Arizona passed a law in 1992 to make King’s birthday a state holiday. The NFL put the 1996 Super Bowl in the state.

As the 20th century turned to the 21st, King’s legacy was cemented in the American mind. A near unanimous majority (89%) indicated he was a person they admired in 1999.

In 2011, 94% of Americans had a favorable view of him in Gallup polling. This included an 89% favorable rating among those aged 65 and older, the vast majority of whom were born in 1927 or later. Among that same group in 1966, King’s favorable rating was 41%.

In other words, King’s now uniform popularity isn’t only because older generations died out. People’s minds changed. King became a lot more popular among many people who didn’t like him when he was alive.

Yet, even as King has become enshrined in American culture, Americans still feel there’s a lot of work to be done to fulfill his dream of racial equality.

Far more Americans this past year said they were very dissatisfied with the state of race relations in this country (38%) than at the beginning of this century (14%), according to Gallup.

Moreover, 58% of Americans believe White supremacy is still a major problem in the country, per a PRRI poll taken late last year, including 78% of Black Americans.