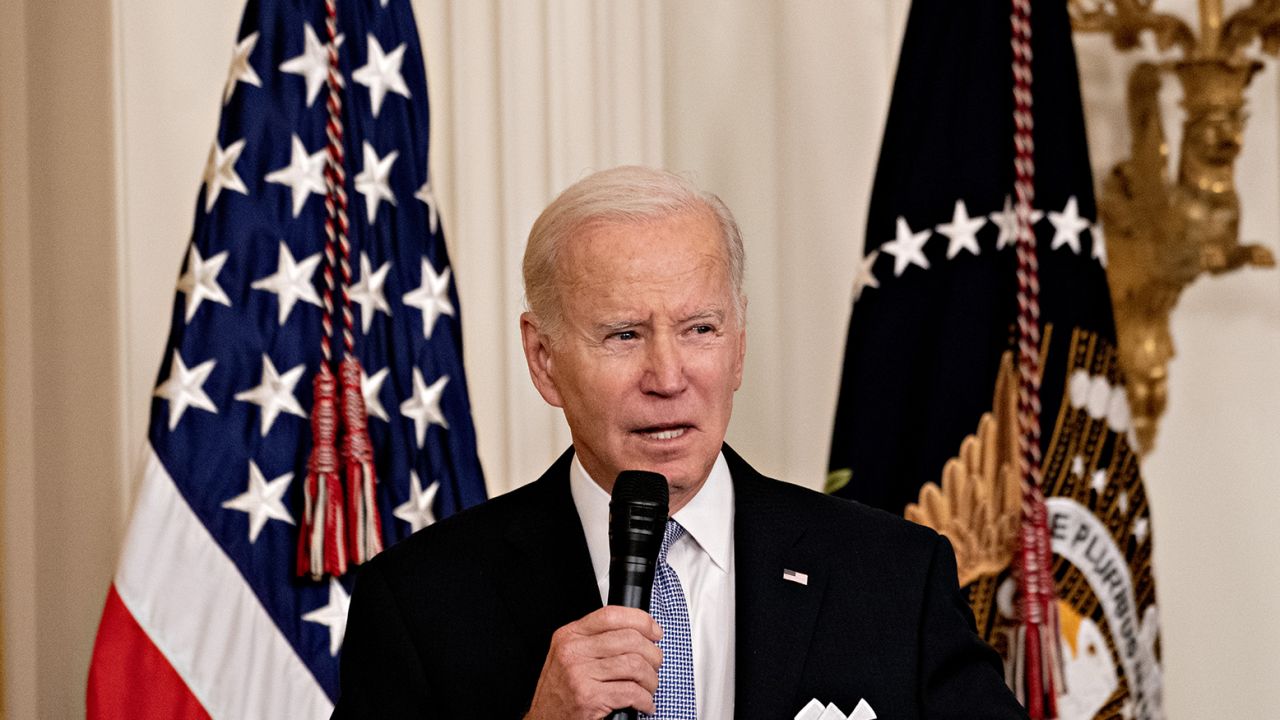 The FBI search of President Joe Biden’s home and discovery of more classified material deepened the seriousness of his secret documents controversy and worsened the political fallout.

Biden’s lawyers argued that Friday’s search underscored his cooperation with a special counsel’s investigation – implicitly distinguishing him from the behavior of ex-President Donald Trump in his own classified documents scandal.

Yet the reality of FBI officers searching the private residence of a sitting president remains an extraordinary one, however the White House seeks to downplay it. It provoked new questions over why Biden still had classified information from his time as a vice president; how material, typically treated with extreme care by federal employees, ended up at his private residence; and whether it was secure from prying eyes in the years it was there.

The new discoveries led to some pointed criticism of the president even among Democrats. The White House’s management of the controversy, which has fed the classic drip, drip cycle of a slowly emerging Washington scandal, has distracted from a period of political success for the president and offered openings for the new Republican House majority.

“When that information is found, it diminishes the stature of any person who is in possession of it, because it’s not supposed to happen,” Senate Majority Whip Dick Durbin said on CNN’s “State of the Union” on Sunday. “Whether it was the fault of a staffer or an attorney, it makes no difference. The elected official bears ultimate responsibility,” the Illinois Democrat added.

Durbin, like other Democrats, also tried to draw sharp comparisons between Biden’s cooperation with the Justice Department and Trump’s months of apparent obfuscation and even potential criminal obstruction over his own, larger haul of classified documents. Top Republicans, however, sought to deepen Biden’s discomfort by leveraging the opportunity he offered to his political foes.

“I think what’s significant, as a former federal prosecutor, is that no longer are they relying on the attorneys to comply, although it was consensual, the search,” House Foreign Affairs Chairman Michael McCaul told CNN’s Dana Bash on “State of the Union.” The Texas Republican continued: “But the fact is, the FBI conducted this search, not his attorneys. That really ratchets the investigation.”

While there are nuanced legal distinctions between the Biden and Trump cases, many voters may simply perceive both to be about the broader issue of classified material kept by Biden and Trump. And while years from now, when the current president’s legacy is assessed, his current embarrassment may be a mere blip, it represents a huge break for Trump’s 2024 campaign since it appears to defang one of the most potent early attack lines against him.

The 13-hour FBI visit to Biden’s Wilmington, Delaware, home was made public by Biden’s personal lawyer on Saturday evening, who said the Justice Department took away “six items consisting of documents with classification markings and surrounding materials, some of which were from the President’s service in the Senate and some of which were from his tenure as Vice President.” The department also took away some personally handwritten notes from the vice presidential years, lawyer Bob Bauer said in the statement.

This was after approximately 20 documents were previously found by the president’s lawyers at Biden’s home and in an office he used in Washington after leaving the vice presidency.

Richard Sauber, a senior White House lawyer, wrote in a statement on Saturday that Biden had been “committed to handling this responsibly because he takes this seriously” and he and his team worked “swiftly to ensure DOJ and the Special Counsel have what they need to conduct a thorough review.”

This is a clear attempt to distinguish the president’s situation from that of Trump, who resisted attempts to get him to hand over classified information at his Mar-a-Lago residence, apparently misled investigators over what he had, accused the FBI of planting incriminating information and claimed he had already declassified it, even though there was no sign of the kind of paper trial that would suggest such a procedure.

Among the potential charges facing Trump in his own special counsel probe is obstruction of justice. Biden’s conduct doesn’t appear to suggest he faces similar exposure, even if he were not protected by interpretations of past Justice Department guidance that sitting presidents are shielded from prosecution.

In theory, it’s possible to see an eventual justification for prosecuting Trump, on obstruction for instance, if the evidence merits such a step, and for Biden to escape censure. But while such legal distinctions may exist, the political fallout of such a course would be inflammatory. The question of whether to prosecute Trump as an ex-president and current 2024 White House candidate – over the documents saga and his role ahead of the US Capitol insurrection in 2021 – was already radioactive. Any perception that he was being treated differently than Biden, with the two rivals potentially opponents in 2024, would create a political inferno that Trump would be sure to exploit.

The drip, drip of scandal

Saturday’s discovery of new documents represented the latest instance where subsequent events – including the discovery of more classified material – followed attempts by the White House and the president to minimize the affair.

After Biden previously implied that classified documents found in his garage were safe because it was locked to protect his beloved Corvette, he told reporters who asked him about the situation on Thursday that “there’s no there, there.”

Yet the next day, the FBI investigators who searched his Wilmington home with his legal team present found more classified material in a way that further blurred the distinctions between his case and Trump’s. While Democrats have defended the president, there have been clear indications of concern and even frustration among his allies in Congress that the White House hasn’t already put a lid on the controversy.

Virginia Democratic Sen. Tim Kaine, for example, on Sunday said important questions remained even though the president was cooperating with the probe.

“So that’s why there needs to be this independent investigation. … How many documents are we talking about? Dozens, a handful or hundreds? How serious are they? Why were they taken? Did anyone have access to them?” Kaine said on CBS’s “Face the Nation.”

West Virginia Sen. Joe Manchin – who sometimes takes positions that clash with Democratic Party’s leaders, partly due to the popularity of Trump in his native state – was critical of Biden and also demanded answers.

“It’s unbelievable how this could happen. It’s totally irresponsible,” he told CNN’s Bash. “What should be done is exactly what (Attorney General) Merrick Garland did. Put the special counsel. Let’s wait and see. Some people are taking sides. ‘OK, it was more egregious than what President Trump did and what President Biden did.’ And maybe that’s true. I don’t know. Maybe it’s not true. Let’s find out.”

Friday’s FBI search, and the Biden legal team’s apparent cooperation, appears to take away one of the chief talking points from Republicans – that Trump was treated unfairly because his property was “raided” and Biden’s wasn’t. The GOP was using this line even though the search of Trump’s Mar-a-Lago last year was authorized by a court warrant that required the FBI to convince a judge that there was probable cause to think that a crime may have been committed.

But few Republicans have mentioned such distinctions. Florida Sen. Rick Scott tweeted, “Think about this—Joe Biden has had classified documents lying around his home for YEARS with no explanation or accountability as to why.” Among multiple other gloating tweets from Republicans, Missouri Sen. Josh Hawley added: “Sounds like a pattern of serial contempt for the law. The American people have a right to know what was in all these documents Biden was illegally hoarding. And who else had access to them.”

The GOP’s glee reflected the extent to which there’s now an opening for Republicans and a striking piece of luck for Trump after a lackluster start to his 2024 presidential campaign.