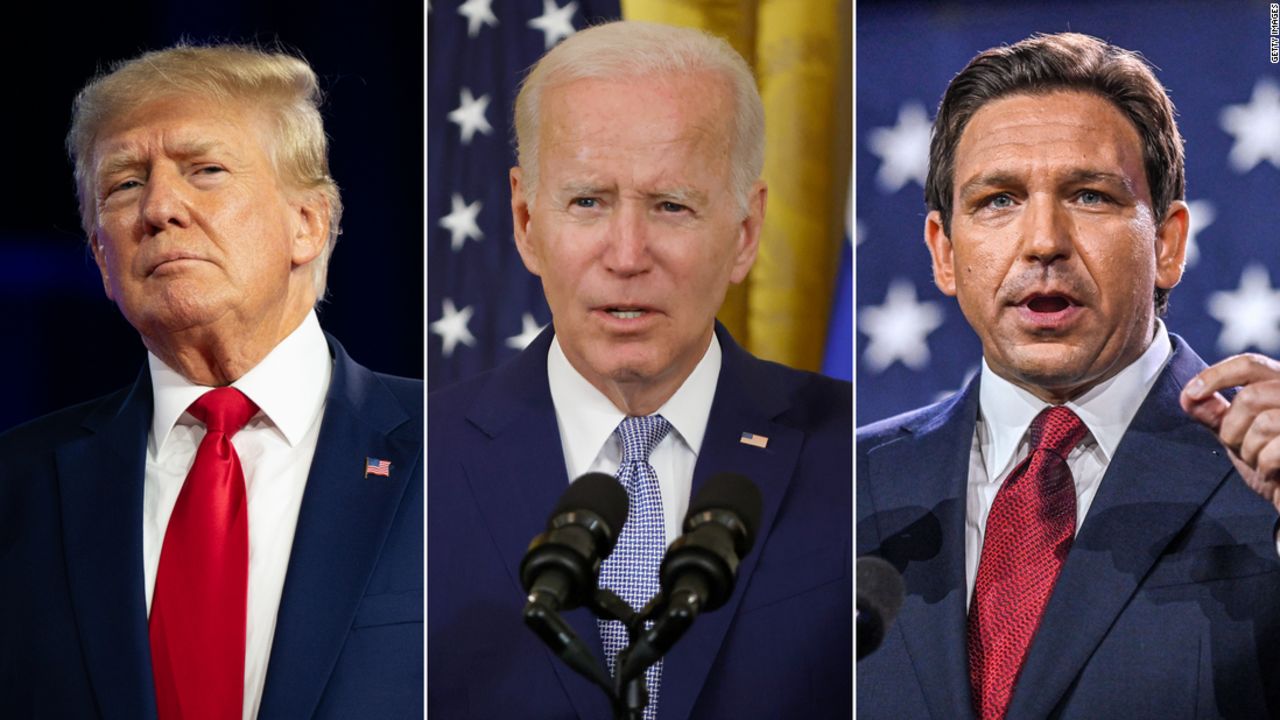 The 2020 presidential primary race was already in full motion at this point four years ago, with candidates jumping in left and right. The Democratic primary field, as well as the combined Democratic and Republican fields, were well on their way to being the largest in the modern primary era.

We’re in a considerably different place today heading into the 2024 cycle. The only major candidate to declare is former President Donald Trump, and, while other candidates are entertaining bids, the field will almost certainly end up being much smaller than it was in 2020.

Indeed, the 2024 primary field could be the smallest on record in the modern era – with an incumbent president running for reelection on the Democratic side and historically dominant front-runners on the Republican side.

Now, predicting who will and will not run for president in the early stages is somewhat of a fool’s errand. Two factors, though, suggest that many will pass on running.

The first is that Democrats already have an incumbent in President Joe Biden, who seems geared to run for another term. Incumbents rarely face major primary challengers. Those who even get one do so because they’re not beloved within at least part of their party.

Think of Trump’s biggest GOP challenger in 2020: William Weld. The former Massachusetts governor, who won a sole delegate in the primary and was polled many times, was a moderate, well-educated New England Republican. Trump’s approval rating among moderate or liberal Republicans with at least a college degree was only about 50% around the time Weld announced his candidacy.

The last presidential incumbent to lose a state primary – Jimmy Carter in 1980 – had an approval rating south of 70% among Democrats overall. The same low overall approval rating was true for Gerald Ford among Republicans before Ronald Reagan took him all the way to the Republican National Convention in 1976.

Biden doesn’t have any of those particular weaknesses in polling. His approval rating among Democrats in our most recent CNN/SSRS poll, for example, was 84%. There wasn’t a single segment that I could find within the Democratic electorate for whom Biden’s numbers were anywhere near where Trump was among moderate, college-educated Republicans at this point in the 2020 cycle. Biden polled well among younger and more liberal Democrats, who have traditionally been some of his weakest supporters.

If Biden does end up running for reelection, I’m not sure there’s a single Democrat whom most would define as a major candidate who would try to take him on.

Crowding out the GOP field

The second factor that presages a smaller-than-usual 2024 field is the fact that most prominent politicians generally don’t run for president if they don’t think they can win. By winning, I mean earning the nomination and then the presidency itself. Biden, no doubt, is vulnerable in a general election, given that his overall approval rating is well below 50%.

The problem for a lot of Republicans is they may ultimately decide that winning the nomination is going to be very difficult if your name isn’t Trump or Florida Gov. Ron DeSantis.

Both Trump and DeSantis are each regularly polling above 30% among GOP primary voters. Trump, himself, is usually in the 40s if not 50s. No one else is close to 10%, with former Vice President Mike Pence leading this second tier of candidates.

Trump and DeSantis combined are polling well into the 70s among Republicans nationally.

A look at polling from years past reveals that this is the first time this early in the cycle that two presidential candidates in a primary without an incumbent were each polling above 30%, on average, at the same time.

The only contest that looks anything like the Republican one right now is the 1980 Democratic primary, which featured an incumbent president, Carter. Then-Sen. Ted Kennedy of Massachusetts was his most prominent challenger. Both were polling above 30% at this point in the primary.

Only four major Democrats – using the widest definition of “major” – ended up running for president in 1980.

The 2024 Republican field will probably be larger than four candidates, though it’s not clear how much larger.

I can think of only two other primary fields where the two leading candidates were combining for more than 70% of the primary vote this early on. Both were on the Democratic side: 2000 and 2016.

Just five major Democrats ran in 2016, given how much Hillary Clinton looked like a juggernaut. The primary ended up being relatively competitive (with Vermont Sen. Bernie Sanders doing surprisingly well), but the result was never really in doubt.

We obviously don’t know how many Republicans or Democrats will end up running in 2024. Right now, by my count, about 10 candidates, including Biden, are getting regularly polled.

Given the history, that strikes me as a fairly decent (if not a little bit high) place to start. Whether this 2024 field ends up being truly historic will ultimately depend on whether Biden, DeSantis and Trump can keep up their strong polling.