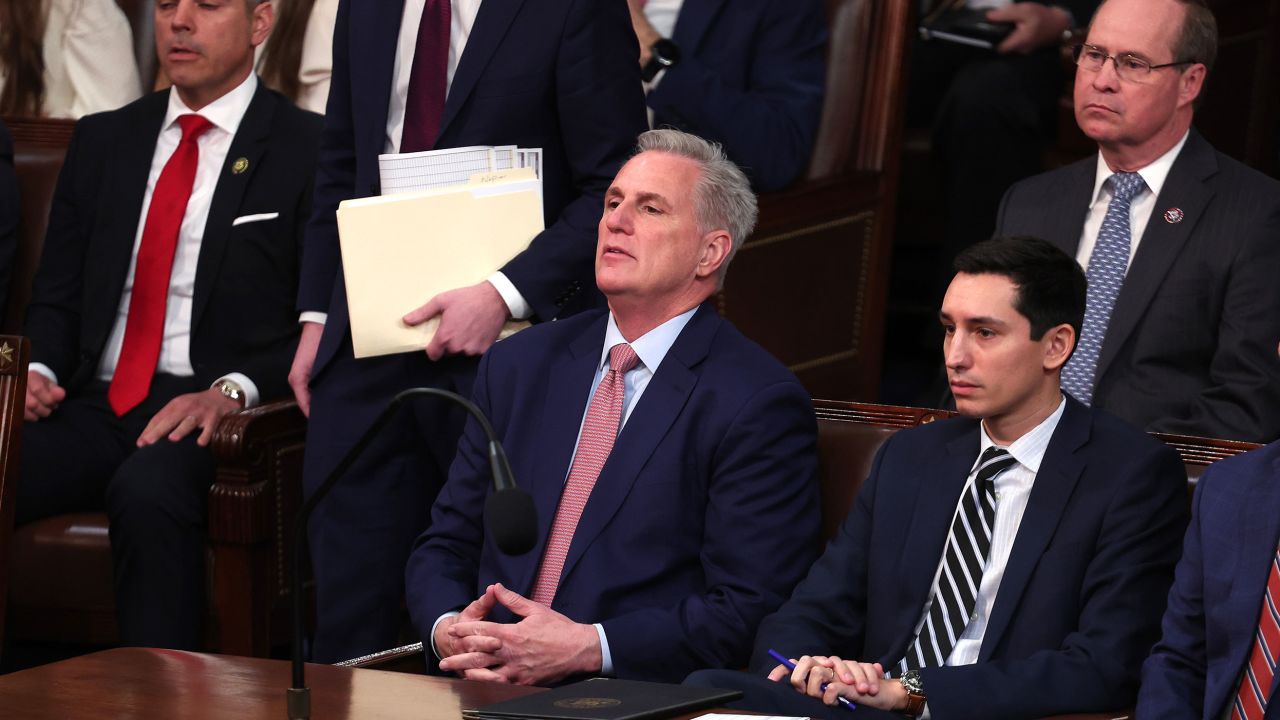 House Republicans’ failure to elect a speaker on Wednesday after two ballots and days of voting isn’t just denying the GOP a leader – it’s holding up much of the functioning of the chamber.

The position is traditionally filled on the first day of a new Congress, followed by the swearing in of new members, but with the floor fight spilling into Thursday, members-elect still have yet to take the oath of office.

Incoming lawmakers arrived on the floor on Tuesday with their families in tow, expecting to pose for a photo and get started with their first day as lawmakers, but were instead greeted with a several-hour-wait as the speaker election went to multiple rounds of balloting – the first time that’s happened in 100 years.

Every new Congress must pass a new set of House rules, so without a speaker to oversee adoption of those rules, none will technically exist.

Without an approved House Rules package by the end of business on January 13, committees won’t be able to pay staff, according to a letter sent last week by the committee in charge of administrative matters, which was first reported by Politico and obtained by CNN.

The same memo warned that student loan payments for committee staff wouldn’t be disbursed if a rules package isn’t adopted by mid-January.

However, per precedents of the chamber, the pay period for members-elect still starts on January 3, even if the first session of Congress begins after that date, as long as their credentials have been filed with the House clerk.

It’s just one of the many ways a battle over the next speaker could paralyze the House and the Republican majority from operating efficiently in their opening days with some of the harshest penalties falling on rank-and-file staffers.

For committees whose chairs aren’t known, they will be headed up in the interim by the committee’s senior-most Republican who also served on the panel in the last Congress, according to the letter sent last week.

But without fully functioning committees, to amend and approve bills before they make their way to the floor for a vote, there will be little legislating. That means Republicans may also have to wait before tackling some of their most pressing priorities, including investigations into President Joe Biden’s administration and family.

“We have a third, one of our three branches of government, offline right now. That is a very dangerous thing for our country, and it cannot continue much longer,” Rep. Brian Fitzpatrick, a Pennsylvania Republican, told CNN on Wednesday.

He added, “I sit on the House Intelligence Committee. We oversee all 19 intelligence agencies. We are currently offline.”

Incoming House Oversight Committee chair James Comer, however, downplayed the delay in getting down to committee business.

“One or two days isn’t going to be the end of the world. I would prefer that we got to 218 yesterday,” the Kentucky Republican said. “Unfortunately, we did not.”

Outside of the speaker’s role effectively running the House, they are also in the line of succession for president – raising questions about what happens if there’s no one in the position that’s second in line for the presidency after the vice president.

The Senate president pro tempore is third in line. Sen. Patty Murray was elected to that role Tuesday, making the Democrat from Washington the first woman to hold the position.