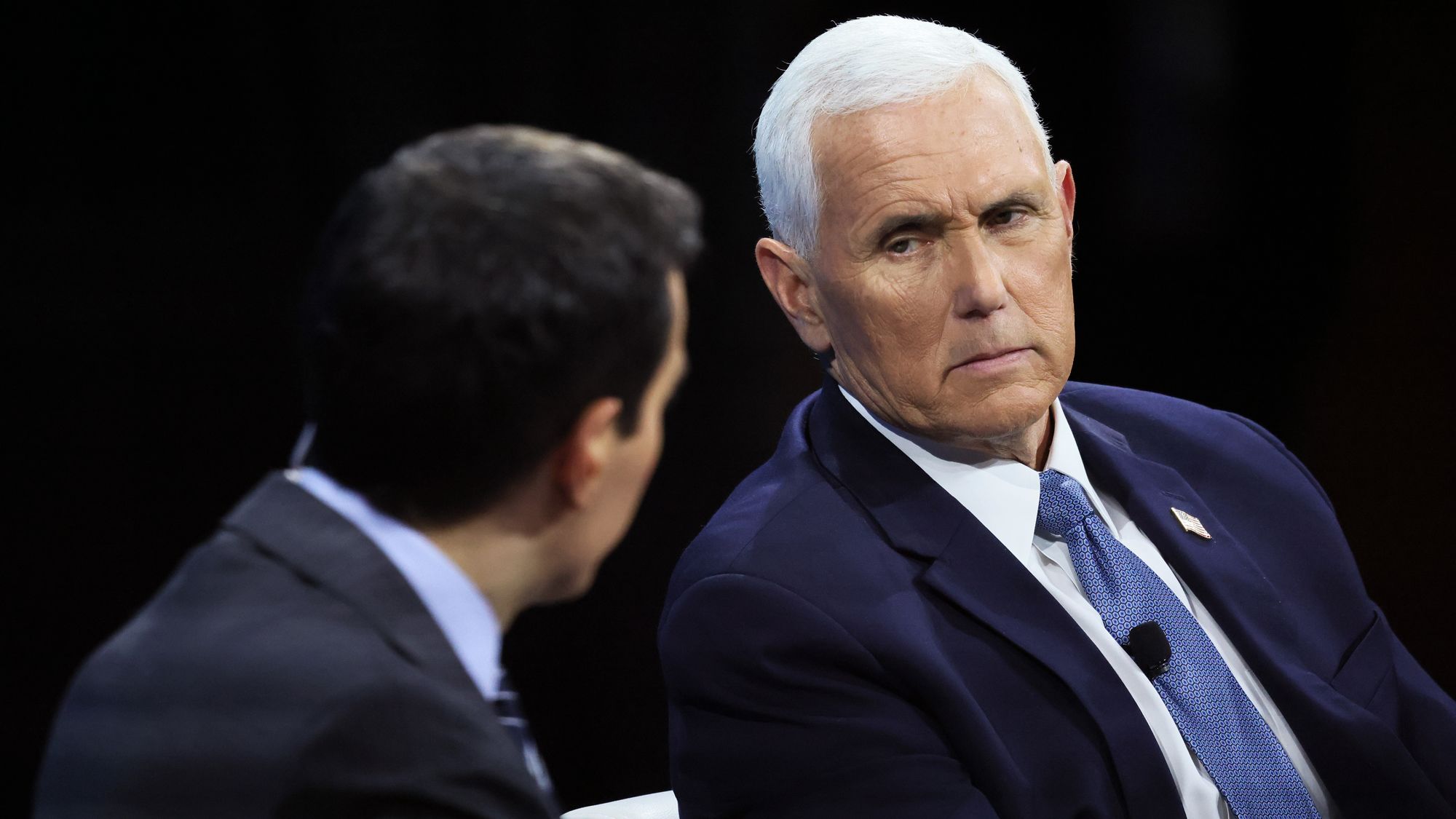 Share
Tweet
Share
Share
Email
Comments
Washington — A lawyer for former Vice President Mike Pence discovered about a dozen documents marked as classified at Pence’s Indiana home last week, and he has turned those classified records over to the FBI, multiple sources familiar with the matter told CNN.

The FBI and the Justice Department’s National Security Division have launched a review of the documents and how they ended up in Pence’s house in Indiana.

It is not yet clear what the documents are related to or their level of sensitivity or classification.

Pence’s team notified congressional leaders and relevant committees of the discovery on Tuesday.

Pence asked his lawyer with experience handling classified material to conduct the search of his home out of an abundance of caution. Sources said that the attorney, Matt Morgan, began going through four boxes stored at Pence’s house last week, finding a small number of documents with classified markings.

A lawyer for Pence told CNN that the FBI requested to pick up the documents with classified markings that evening, and Pence agreed. Agents from the FBI’s field office in Indianapolis picked up the documents from Pence’s home, the lawyer said.

On Monday, Pence’s legal team drove the boxes back to Washington, DC, and handed them over to the Archives to review the rest of the material for compliance with the Presidential Records Act.

In a letter to the National Archives obtained by CNN, Pence’s representative to the Archives, Greg Jacob, wrote that a “small number of documents bearing classified markings” were inadvertently boxed and transported to the vice president’s home.

The classified material was stored in boxes that first went to Pence’s temporary home in Virginia before they were moved to Indiana, according to the sources. The boxes were not in a secure area, but they were taped up and were not believed to have been opened since they were packed, according to Pence’s attorney. Once the classified documents were discovered, the sources said they were placed inside a safe located in the house.

The news about Pence comes as special counsels investigate the handling of classified documents by both Biden and former President Donald Trump. The revelations also come amid speculation that Pence is readying for a run at the Republican nomination for president in 2024.

In November, Pence was asked by ABC News at his Indiana home whether he had taken any classified documents from the White House.

“I did not,” Pence responded.

“Well, there’d be no reason to have classified documents, particularly if they were in an unprotected area,” Pence continued. “But I will tell you that I believe there had to be many better ways to resolve that issue than executing a search warrant at the personal residence of a former president of the United States.”

While Pence’s vice presidential office in general did a rigorous job while he was leaving office of sorting through and turning over any classified material and unclassified material covered by the Presidential Records Act, these classified documents appear to have inadvertently slipped through the process because most of the materials were packed up separately from the vice president’s residence, along with Pence’s personal papers, the sources told CNN.

The vice president’s residence at the US Naval Observatory in Washington has a secure facility for handling classified material along with other security, and it would be common for classified documents to be there for the vice president to review.

Some of the boxes at Pence’s Indiana home were packed up from the vice president’s residence, while some came from the White House in the final days of the Trump administration, which included last-minute things that did not go through the process the rest of Pence’s documents did.

Sources familiar with the process say Pence’s discovery of classified documents after the Trump and Biden controversies would suggest a more systemic problem related to classified material and the Presidential Records Act, which requires official records from the White House to be turned over to the National Archives at the end of an administration.

Biden’s attorneys say they are fully cooperating with the Justice Department, seeking to draw a distinction from the Trump investigation.

Administration officials have maintained that lawyers working for the president did the right thing by immediately informing the Archives as soon as classified documents were first found in early November, drawing the distinction between the Biden legal team’s handling of the matter and the actions of Trump and his team.

The FBI obtained a search warrant to search Trump’s Mar-a-Lago resort in August. Federal investigators took that step because they believed Trump had not turned over all classified material despite a subpoena and were concerned records at Mar-a-Lago were being moved around.

Still, Trump’s legal team also viewed the Pence development as positive for the former president, according to a source familiar with the matter. While the circumstances are different in each case, members of his legal team believe the developments will make it harder for prosecutors to justify bringing criminal charges against any of them, the source said.

“They are all now linked in a way,” the source said, referring to Pence, Biden and Trump.

Pence told Larry Kudlow in a Fox Business interview earlier this month that he received the President’s Daily Brief at the vice president’s residence.

“I’d rise early. I’d go to the safe where my military aide would place those classified materials. I’d pull them out, review them,” Pence said. “I’d receive a presentation to them and then, frankly, more often than not Larry, I would simply return them back to the file that I’d received them in. They went in commonly into what was called a burn bag that my military aide would gather and then destroy those classified materials—same goes in materials that I would receive at the White House.”

Congressional leaders in both parties were stunned about the new revelations that Pence was also in possession of classified records at his home.

“The bottom line is I don’t know how this happened, we need to get to the bottom of it,” said Sen. Lindsey Graham, a South Carolina Republican. “I don’t believe for a minute that Mike Pence is trying to intentionally compromise national security. But clearly we’ve got a problem here.”

“I don’t know what to tell you other than it’s not permissible, whether you’re a chairman of a committee or president of the United States or vice president. And I’ve been dealing in the classified world all my career; I don’t understand people taking these documents home. If you do that, you’re supposed to have a safe designated for storage and you have to have a proper briefcase to carry it in. I don’t know all the facts here,” the Texas Republican said.

“He has agreed to fully cooperate with congressional oversight and any questions we have about the matter,” said Comer, adding that Pence’s transparency “stands in stark contrast” to the Biden administration’s response to Congress over the classified documents. Comer’s statement did not mention Trump’s classified documents.

The former president, however, came to Pence’s defense on Tuesday. “Mike Pence is an innocent man. He never did anything knowingly dishonest in his life. Leave him alone!!!” Trump posted on his social media site.