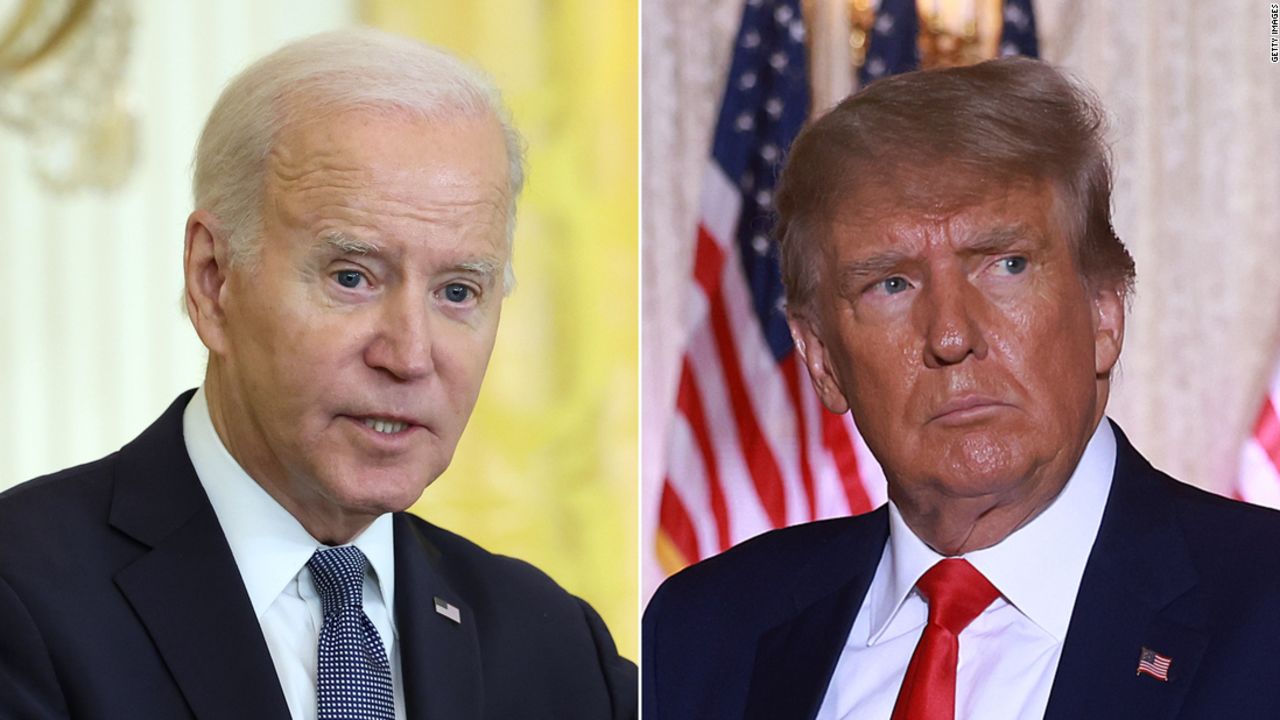 There’s a serious case of whataboutism taking hold in Washington.

Trump’s family business fined for tax fraud? What about the Biden family’s way of doing business?

The fact is that for every investigation, there is not an equal and opposite investigation, although scrutiny of the current and the former president continue to dovetail.

Trump has never made a secret that his name is part of a large moneymaking operation, and he has literally been paid to put his name on products and buildings.

Biden has portrayed himself as a straight-shooting public servant.

Thus, it barely registered when the business that bears Trump’s name was convicted of tax evasion by a New York judge. The Trump Organization was ordered last week to pay $1.6 million in fines after a conviction for 17 felonies.

But the dogged efforts by Republican lawmakers and conservative media to demonize Biden’s son, Hunter, for his foreign business deals strike at Biden’s political brand, which is built on integrity. Biden promised to raise the standards of transparency and ethics at the White House.

There’s an eye-opening – and unflattering – new portrait of some of Biden’s relatives who have sought business deals trading on trust in the family name.

The report from the CNN Investigates team is written by Curt Devine, Casey Tolan and Scott Glover with contributions from Pamela Brown and Bob Ortega.

They reviewed court documents, emails and video recordings, conducted interviews with former business acquaintances and also scoured a digital copy of the hard drive from the infamous Hunter Biden laptop that has been circulated by the president’s political opponents. CNN has forensically authenticated a sampling of emails from the laptop, but not all of them.

While there’s no allegation of illegality in the CNN investigation, it goes well beyond the now-familiar reporting about how Hunter Biden benefited from business deals with Ukrainian and Chinese energy companies even as he was struggling with addiction.

It’s no secret that Hunter Biden’s business depended on his last name – he admitted as much in a memoir detailing his drug addiction. Hunter Biden accompanied his father on vice presidential trips to China and Mexico at the same time he was pursuing business in those countries.

In addition, the business dealings of the president’s brothers, James and Francis (who goes by Frank), also raises ethical questions.

From the CNN report:

A year after Biden was elected, for example, his youngest brother, Frank, boasted in a speech to medical professionals gathered in Boston of the “bully pulpit” he was afforded due to “my brother Joey,” and vowed to help attendees “get federal dollars.” Just three months ago, Frank Biden was an invited keynote speaker at a medical conference in Venice, Italy, where he gave advice to a group lobbying the federal government – a trip he acknowledged he did not pay for but declined to say who did.

There are more instances like these involving James Biden and Hunter Biden documented in the report.

In responding to CNN Investigates, the White House compared Biden with Trump:

“The President has pledged to restore ethics to the White House and has established the most rigorous ethics guidelines of any administration in history, consistent with his commitment to ensure government works for the American people,” said Ian Sams, a White House spokesperson. “Unlike in the previous administration, no family member has or will serve in the administration or be involved in government decision making.”

Republicans have also raised questions about the sale of Hunter Biden’s art to anonymous individuals. An ethics agreement is designed to keep the identity of purchasers from him.

Should there be new rules?

Ethical questions about successive administrations could lead to new regulations. Here’s another key passage from the CNN Investigates report:

Most Republicans in Congress turned a blind eye to Trump’s ethical lapses when he was president – and most Democrats have so far largely ignored or downplayed questions about the Bidens. But Rep. James Comer of Kentucky, the new chair of the House Oversight Committee, told CNN in December he believes his inquiry could lead to bipartisan legislation to mitigate such ethical pitfalls – which he acknowledged have “been a problem in the last two administrations.”

When Comer appeared on CNN’s “State of the Union” on Sunday, he made clear that his main priority would be the president’s family, and particularly Hunter Biden.

Tit-for-tat seems to be a key element here.

Even though Biden’s attorneys willingly handed over classified documents found at the president’s former DC office and Wilmington, Delaware, home, Comer sees a double standard for Trump, who fought the National Archives to keep documents from his presidency. It was because of that obstruction that the FBI searched Mar-a-Lago last August.

“At the end of the day, all we’re asking for is equal treatment here,” Comer told CNN’s Jake Tapper on Sunday, pointing out the FBI searched Mar-a-Lago but not Biden’s Wilmington home.

Itching for an impeachment

There is also a feeling of retribution in growing GOP efforts to initiate an impeachment effort against Homeland Security Secretary Alejandro Mayorkas. It would be the first impeachment of a cabinet secretary in more than a century and hard to prove how Mayorkas is committing “high crimes and misdemeanors” rather than pursuing a policy they disagree with.

Trump was impeached not for a policy difference, but for helping inspire the January 6, 2021, insurrection at the US Capitol and for trying to dig up dirt on Biden by pressuring Ukraine’s president to investigate Hunter Biden’s business deals.

But it might also feel good for Republicans after sitting through the Trump impeachments.

“Some of this is you impeached our guy, Donald Trump, twice; we’re in control now so we’re going to do the same to your guy,” said CNN’s Nia-Malika Henderson on “Inside Politics” on Tuesday.