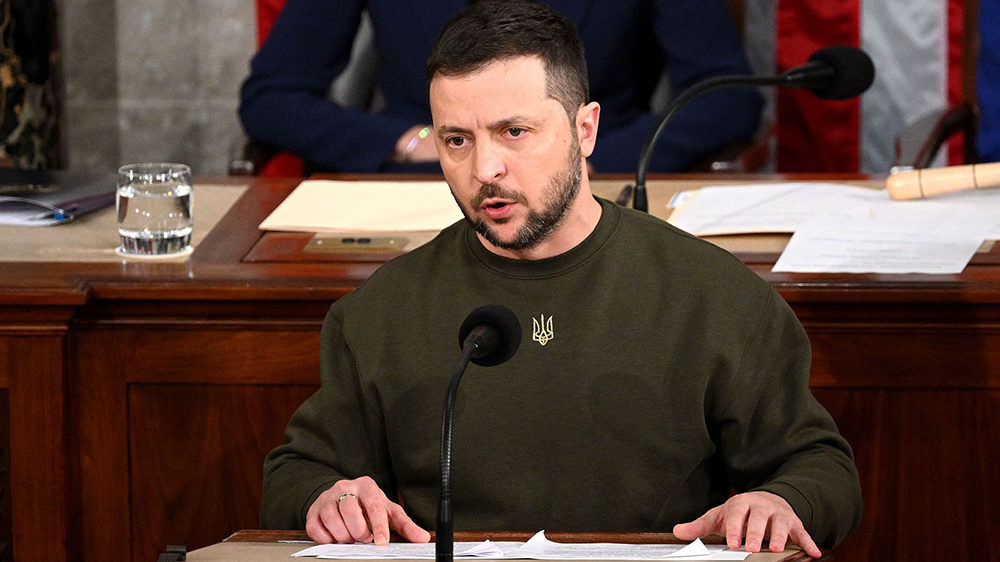 “I hope my words of respect and gratitude resonate in each American heart,” Zelensky said during the joint meeting of Congress, later adding, “Against all odds, and doom and gloom scenarios, Ukraine didn’t fall. Ukraine is alive and kicking.”

But alongside Zelensky’s gratitude was a plea, emphasizing that his armed forces are outnumbered and outgunned by the Russian military even as they fight on. At one point, Zelensky drew laughs from the chamber when he said, “We have artillery, yes. Thank you. We have it. Is it enough? Honestly, not really.”

On “the front line of tyranny,” Zelensky argued, American support “is crucial not just to stand in such fight but to get to the turning point to win on the battlefield.”

“The world is too interconnected and too interdependent to allow someone to stay aside and at the same time to feel safe when such a battle continues,” he added. “Our two nations are allies in this battle and next year will be a turning point, I know it — the point where Ukrainian courage and American resolve must guarantee the future of our common freedom, the freedom of people who stand for their values.”

“Your money is not charity,” he asserted. “It’s an investment in the global security and democracy that we handle in the most responsible way.”