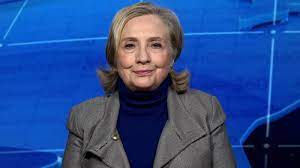 Former Secretary of State Hillary Clinton called Ukrainian President Volodymyr Zelensky’s address to Congress “extraordinary,” saying the country’s fight against Russian aggression has “proven that they are a really good investment for the United States.”

The speech “connected the struggle of Ukrainian people to our own revolution, to our own feelings that we want to be warm in our homes to celebrate Christmas and to get us to think about all the families in Ukraine that will be huddled in the cold and to know that they are on the front lines of freedom right now,” Clinton said on CNN’s “Anderson Cooper 360” Wednesday.

She said Zelensky’s historic address “strengthened both Democrats and Republicans who understand what is at stake in this fight against Putin and Russian aggression and now with their ally, Iran, as well.”

“I also think no one is asking for a blank check,” Clinton added. “I believe that the Ukrainians have proven that they are a really good investment for the United States. They are not asking us to be there to fight their war. They’re fighting it themselves. They’re asking us and our allies for the means to not only defend themselves but to actually win.”