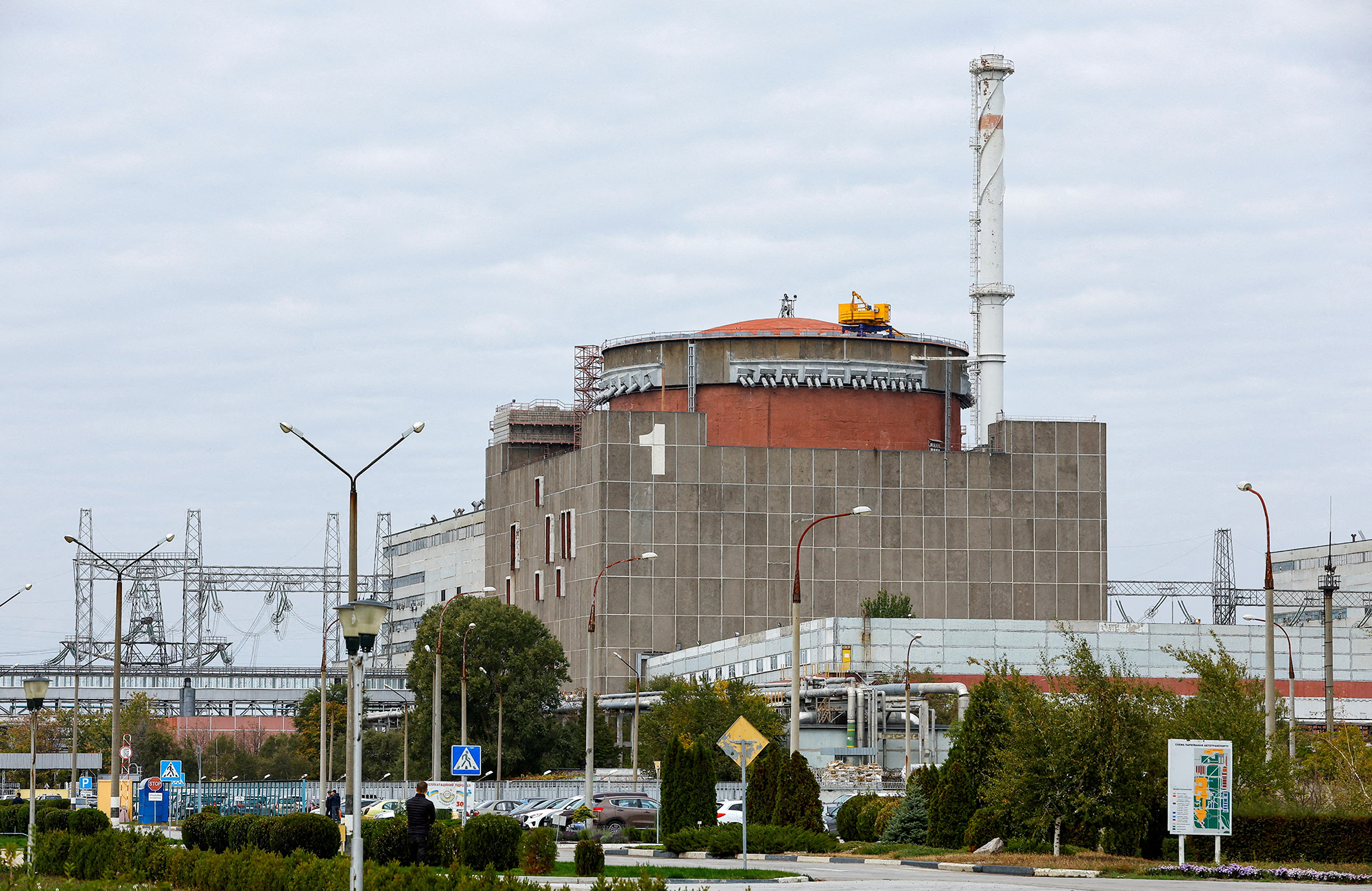 The Zaporizhzhia nuclear power plant has again been disconnected from Ukraine’s power grid due to Russian shelling that damaged the remaining high voltage lines, state nuclear firm Energoatom said in a statement Thursday.

“Yesterday the last two high-voltage power lines connecting the Zaporizhzhia NPP with the Ukrainian power grid were damaged by Russian shelling. At 11:04 pm (local time), the station switched to full blackout mode,” the statement read.
“All 20 diesel generators were switched on. Currently, the power supply scheme for ZNPP is optimized for its own needs: 9 diesel generators have been left in operation.”

The nuclear plant has been disconnected from Ukraine’s power grid as a result of Russian shelling on several occasions in recent months, according to Ukrainian authorities.

Some background: The plant sits in the Russian-occupied part of the Zaporizhzhia region and is the largest in Europe. It has been held by Russian forces for some eight months but is operated by its Ukrainian staff.

In a separate statement, the secretary of the Zaporizhzhia city council Anatoliy Kurtiev confirmed the region is once again experiencing scheduled rolling blackouts, as the result of damage to energy facilities overnight.