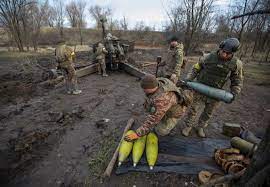 Four rockets from US-made HIMARS launchers were used in the deadly New Year’s Day strike on Russian troops in the occupied city of Makiivka, the Russian Defense Ministry said Wednesday.

“Four rockets with high-explosive warheads hit a building where Russian servicemen were stationed. The detonation of the HIMARS missiles caused the roof of the building to collapse,” the ministry said.

Disputed death toll: The apparent Ukrainian strike took place just after midnight Sunday on a vocational school housing Russian conscripts in Makiivka, in the Donetsk region, according to both Ukrainian and pro-Russian accounts.

The Ukrainian military claimed up to around 400 Russian soldiers died in the strike, while Russia’s Defense Ministry has reported that 89 servicemen were killed.