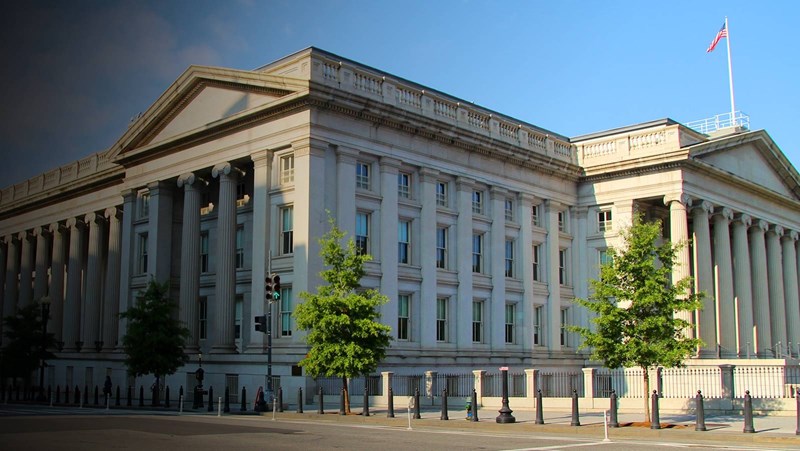 The US Treasury Department announced Wednesday new sanctions on five Iranian nationals and one entity, including Iran’s chief prosecutor and individuals linked to the Islamic Revolution Guard Corps (IRGC).

“Today, the US Department of the Treasury’s Office of Foreign Assets Control (OFAC) is targeting the Prosecutor General [Mohammad Montazeri] and key military and paramilitary officials in Iran, as well as a company manufacturing and providing Iran’s Law Enforcement Forces with anti-riot equipment,” the Treasury Department said in a statement.

According to Washington, the sanctions were imposed on Montazeri for allegedly overseeing the prosecution of protestors, as well as leaders of military and paramilitary organizations involved in crackdowns on demonstrations, the statement said.

Recently, the Security Council of the Iranian Interior Ministry announced that the riot toll to date since September is around 200 deaths with over $200 million in private and public property damage.

On his part, Iranian Interior Minister Ahmad Vahidi revealed in mid-November that the leaders of the recent riots in Iran received training in seven countries.

It is noteworthy that Iranian leader Sayyed Ali Khamenei and other high-ranking Iranian officials have considered that the recent riots that the country has witnessed are incited by Western countries who are angered at Iran’s progress despite the unprecedented sanctions.

Iran responded by stating that the EU miscalculated by resorting to sanctions, calling it an “obsolete tool,” and later announced the imposition of sanctions on 20 EU figures and entities. The sanctions include EU MPs, as well as German and French media outlets, entities, and figures on account of supporting terrorism, as per the ministry.

Iran has recently been the target of Western-fueled riots since the death of Mahsa Amini, whose demise was wrongfully blamed on the Iranian police.

Additionally, the Islamic Republic was also affected by sanctions imposed by the United States on more than 40 people and entities from nine countries, including Russia, Iran, and the Democratic People’s Republic of Korea for having alleged connections to corruption and human rights abuses.

Meanwhile, the European Union announced last week that it would agree on a “very tough” package of sanctions against Iran.

“(The EU) will take any action we can to support young women and peaceful demonstrators,” EU Foreign Policy Chief Josep Borrell claimed.

It is noteworthy that in mid-November, the bloc imposed sanctions on 29 Iranian officials and three organizations over western-backed riots in the country.