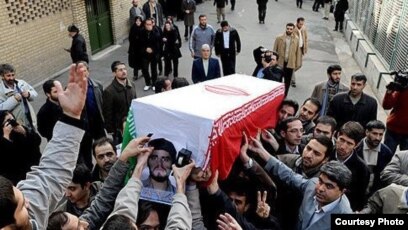 Share
Tweet
Share
Share
Email
Comments
The open letter was sent on 21 Dec. 2022 to the leaders of Canada, the EU, UK, and US after authorities in Iran last week executed two young men, for taking part in the ongoing popular protests.”

PARIS, FRANCE, December 22, 2022 /EINPresswire.com/ — More than 230 current and former United Nations officials, judges, human rights experts, Nobel laureates, and NGOs in an open letter on Wednesday called on world leaders to step up pressure on Iran to halt the execution of anti-government protesters, including by imposing sanctions on its officials for human rights abuses, expelling Iranian ambassadors and blacklisting the Islamic Revolutionary Guard Corps (IRGC).

Other distinguished co-signatories include former New Zealand Prime Minister Helen Clark, the President of the Nordic Council, a former Director of the European Union Agency for Fundamental Rights, a former Council of Europe Commissioner for Human Rights, a former Chief Prosecutor of the UN International Criminal Tribunals for the former Yugoslavia and Rwanda, the lead prosecutor at the trial of Slobodan Milošević in The Hague, a former Chief Prosecutor of the UN Special Court for Sierra Leone, and two former Special Advisers of the UN Secretary-General on the Responsibility to Protect (R2P).

Some 34 NGOs and university institutions are among the letter’s signatories.

The signatories pointed out that what compounds their concern is the Iranian authorities’ decades-long record of mass executions, most notably the fact that “as many as 30,000 political prisoners, mostly the People’s Mojahedin Organization of Iran (PMOI / MEK) members, were extra-legally executed or forcibly disappeared during the 1988 massacre.”

“Since popular protests began in Iran following the death in custody of Mahsa Amini, the authorities have murdered as many as 700 protesters, including dozens of children, on the streets or in prison. As many as 30,000 protesters have been arrested, with dozens receiving the death sentence for ‘moharebeh’ (waging war on God) in fast-track sham trials.”

“Decades of apparent silence and inaction by the international community have helped fuel a culture of impunity in Iran. Since the 1980s, the authorities in Iran have extra-judicially executed tens of thousands of dissident protesters and political prisoners, some as young as thirteen.”

“Today, as brave young Iranians continue their defiant protests to end decades of tyranny, it is imperative that the world’s leading democratic nations act urgently to prevent the Iranian authorities in their attempts to quell the ongoing protests through the use of the death penalty in contravention of international law.”

“We urge you to hold the leadership of the Islamic Republic of Iran to account for committing crimes against humanity, for acts including the killing of children and the public hanging of protesters, and to use all internationally available means to bring them to justice.”

“[W]e propose that your nations set up a joint mechanism to rapidly identify and impose joint sanctions against the individual masterminds and perpetrators of the ongoing crackdown on the protesters.”

“We furthermore ask that your countries consider imposing more targeted economic sanctions that would help cut off funds to the state’s machinery of suppression, and in particular blacklist the Islamic Revolutionary Guards Corps (IRGC) and its affiliated entities that are leading the crackdown.”

“Finally, we request that, where applicable, your nations downgrade diplomatic ties with the Islamic Republic of Iran, including by withdrawing your ambassadors and likewise expelling the representatives of what is in fact a murderous government.”

In late July 1988, thousands of MEK political activists Who were young men and women, held in prisons across Iran suddenly disappeared.