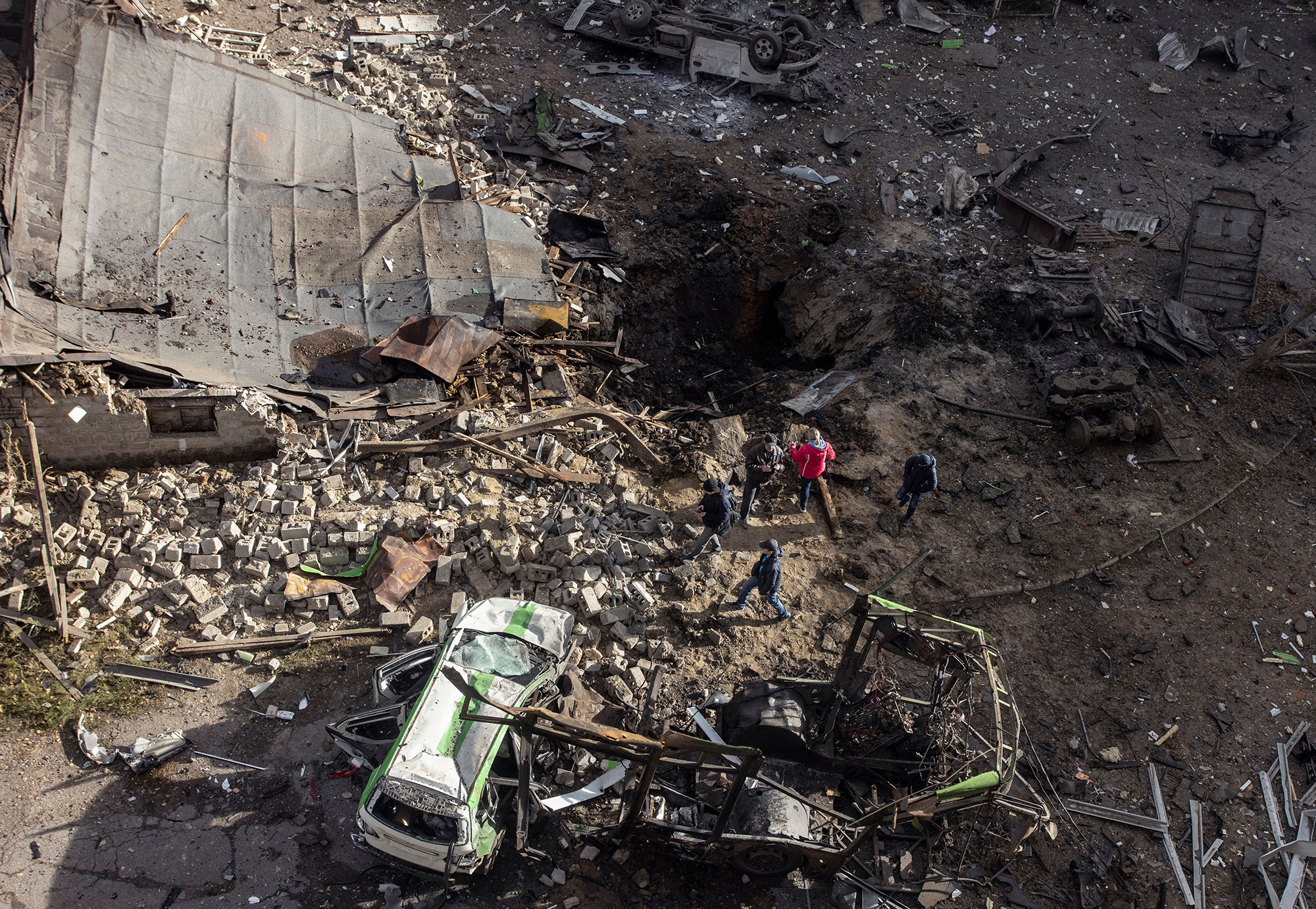 Russian forces have stepped up attacks in the east of Ukraine using multiple launch rocket systems (MLRS), especially in the Donetsk region, according to the Ukrainian military.

The military’s General Staff said 80 such attacks were recorded Wednesday, while on Thursday “the enemy carried out four missile and 28 airstrikes, and fired more than 45 times from MLRS.”

On Thursday, Lt. Gen. Valerii Zaluzhnyi, commander-in-chief of Ukraine’s armed forces, told NATO Gen. Christopher Cavoli, the alliance’s Supreme Allied Commander in Europe, that “the enemy tripled the intensity of hostilities on certain areas of the front” with up to 80 daily attacks.

But Zaluzhnyi said Ukrainian troops were holding their defensive lines.

He also said he and Cavoli had “discussed the problem of Russian missile attacks and the employment of attack drones.”

“Our partners realize the necessity to supply air and missile defense systems to Ukraine and put significant efforts into it,” Zaluzhnyi said.

Artillery fire: The General Staff said recently liberated parts of the Kharkiv and Luhansk regions had come under artillery and mortar fire, and the front lines around the city of Bakhmut in Donetsk had also been active.

There had also been artillery and mortar fire against more than 25 settlements along the front lines in the south, the General Staff said.

It said the Ukrainian air force had been active Thursday and had “inflicted 21 strikes against the enemy.”

“Up to 20 areas of concentration of troops and equipment were hit,” the General Staff said.

Alleged looting: The General Staff added there was “an increased movement of trucks and cars with looted property on the roads of Kherson region.” It said “significant robberies” are taking place in Beryslav and nearby settlements,” including from power grid maintenance enterprises.