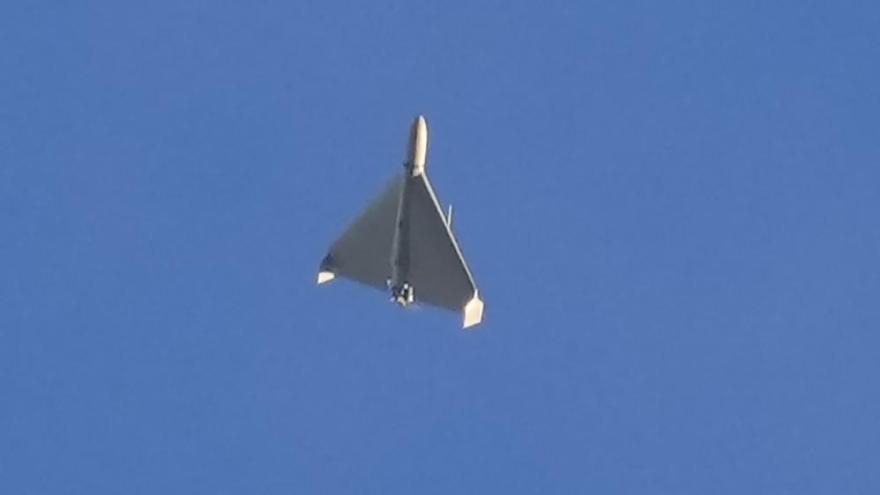 The shipment is being closely monitored because it would be the first instance of Iran sending advanced precision guided missiles to Russia, which could give the Kremlin a substantial boost on the battlefield.

The last shipment of weapons from Iran to Russia included about 450 drones, officials said, which the Russians have already used to deadly effect in Ukraine. Ukrainian officials said last week that they have shot down more than 300 Iranian drones.

This new expected shipment would mark a significant increase in Iranian support to Russia’s war effort. While the precise timing of when the shipment will arrive in Russia is unclear, officials believe the weapons will definitely be delivered before the end of the year.

Drones have played a significant role in the conflict since Russia launched its full-scale invasion of Ukraine in late February, but their use has increased since the summer, when the United States and Kyiv say Moscow acquired drones from Iran. In recent weeks these Iranian drones have been used to target critical energy infrastructure in Ukraine.

The Iranian drones are known as a “loitering munition” because they are capable of circling for some time in an area identified as a potential target and only striking once an enemy asset is identified.

They are small, portable and can be easily launched, but their main advantage is that they are hard to detect and can be fired from a distance.

The US has also alleged that Iran has sent military personnel to Crimea to assist Russian drone attacks on Ukrainian targets.

Sending further Iranian weaponry to Russia is a move that will likely cause relations with the US to further deteriorate. On Monday, the US envoy to Iran Rob Malley said the Biden administration is not going to “waste our time” on talks to revive the nuclear deal “if nothing’s going to happen.” Tehran’s support for Russia in the Ukraine war and its crackdown on nationwide protests prompted by the death of 22-year-old Mahsa Amini in September have prompted the US to impose further sanctions on Iran.

Earlier this month John Kirby, the communications coordinator at the National Security Council, said the presence of Iranian personnel was evidence of Tehran’s direct engagement in the conflict.

“We can confirm that Russian military personnel that are based in Crimea have been piloting Iranian UAVs, using them to conduct strikes across Ukraine, including strikes against Kyiv,” Kirby said, referring to unmanned aerial vehicles.

Malley spoke out strongly against Iran supplying the drones on Monday.

“We know that those drones have been used to target civilians and civilian infrastructure. And we know that Iran, in the face of all of this evidence, keeps lying and denying that it’s happening,” Malley said.

On Monday a senior US defense official said they didn’t have any information to provide on the suggestion Iran is preparing to send missiles to Russia for use in Ukraine.

On Tuesday a Pentagon spokesman said the US has “concerns” that Russia may “seek to acquire additional advanced munition capabilities from Iran,” Pentagon press secretary Brig. Gen. Pat Ryder told reporters during a briefing on Tuesday.

“We do have concerns that Russia may also seek to acquire additional advanced munition capabilities from Iran, for example surface-to-surface missiles, to use in Ukraine,” Ryder said.

Yuriy Ihnat, spokesperson for Ukraine’s Air Force Command, said on Tuesday that Ukraine currently has “no effective defense against these (surface-to-surface) missiles. It is theoretically possible to shoot them down, but it is very difficult to do it with the means we currently have.”

The Iranian mission to the United Nations did not respond to a request for comment about the new expected shipment. Iran has previously denied supplying Russia with weapons for use in Ukraine, saying it “has not and will not” do so.

The Washington Post was first to report Iran’s plans to send missiles and additional drones to Russia.

The US is “looking at everything that we can do, not just with sanctions” in order to disrupt the Iranian weaponry from going to Russia, Secretary of State Tony Blinken said last week. He said that the US is “trying to break up these networks.”

But it is unclear if the US will be able to prohibit further shipments from going ahead, even as concerns mount about Iranians sending even more advanced weaponry to Russia.

US officials have also said that they are aware of discussions about additional Iranian weaponry to Russia that has not yet been delivered.

Last month the US sanctioned an air transportation provider for its involvement in the shipment of the Iranian drones, also known as Unmanned Aerial Vehicles (UAVs) to Russia. The US is also ready to “target producers and procurers” contributing to the UAV program, the Treasury Department’s Under Secretary of the Treasury for Terrorism and Financial Intelligence said.

The question of longevity and sustainability remains because it is unclear how long Iran can or would continue providing weaponry – including more advanced missiles – to Russia.