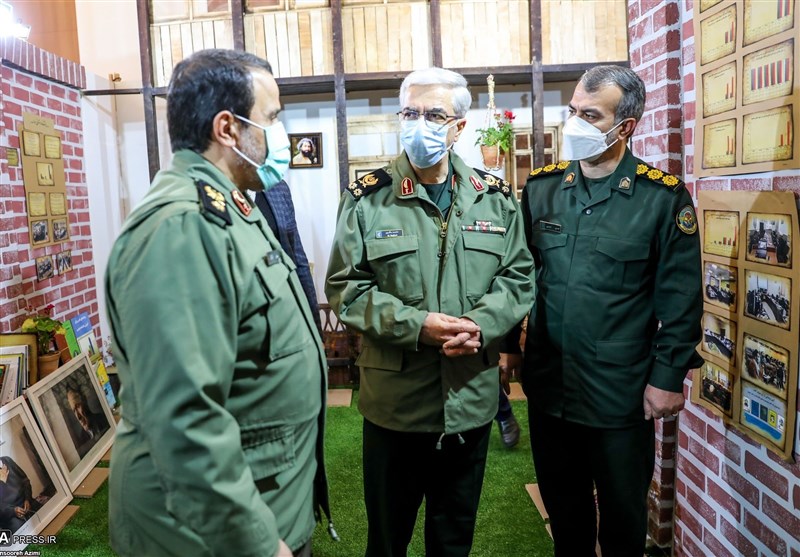 TEHRAN (Tasnim) – Describing the recent riots in Iran as a hostile plot in retaliation for the mortal blows that the Islamic Republic has delivered to the arrogant powers, Chief of Staff of the Iranian Armed Forces said the enemies smuggled arms into the country to fuel violence.

The recent riots in Iran and the activities of the enemies during the past 115 days illustrate that the Islamic Republic has dealt a fatal blow to the interests of the arrogant powers and jeopardized all that they had invested for several centuries to conquer the world, Major General Mohammad Hossein Baqeri said at a cultural event in Tehran on Monday.

“That is why they (enemies) mobilized all of their facilities and capabilities against the Iranian nation in order to obstruct the Islamic Revolution’s progress,” the top general stated, adding that such brazen stances by the leaders of the arrogant powers against a nation and their open support for the riots in Iran have been unprecedented.

The senior commander said the arrogance employed all of its legal and international tools, mobilized espionage and intelligence capabilities, utilized its media empire to foment riots in Iran, and even smuggled arms into Iran to support the terrorists, steer the riots towards violence and kill innocent people.

The general also noted that the enemies, all of whose wars, plots and seditions against the Iranian nation have ended in failure, have now resorted to a hybrid of various threats.

The small number of rioters that were deceived and came to the streets in Iran amounted to less than 0.3 percent of Iran’s population, meaning that people have very well drawn a distinction between the protests and riots, he concluded.

In remarks in November 2022, Leader of the Islamic Revolution Ayatollah Seyed Ali Khamenei pointed to the obvious role of the enemies in the riots that have been taking place in the country during the past few weeks, saying, “The events that took place these past few weeks were not merely street riots. They were detailed plots. The enemy initiated hybrid warfare. The enemy, namely the United States, the Zionist regime, some insidious and malicious European powers, and some groups, came to the scene with all of their capabilities.”