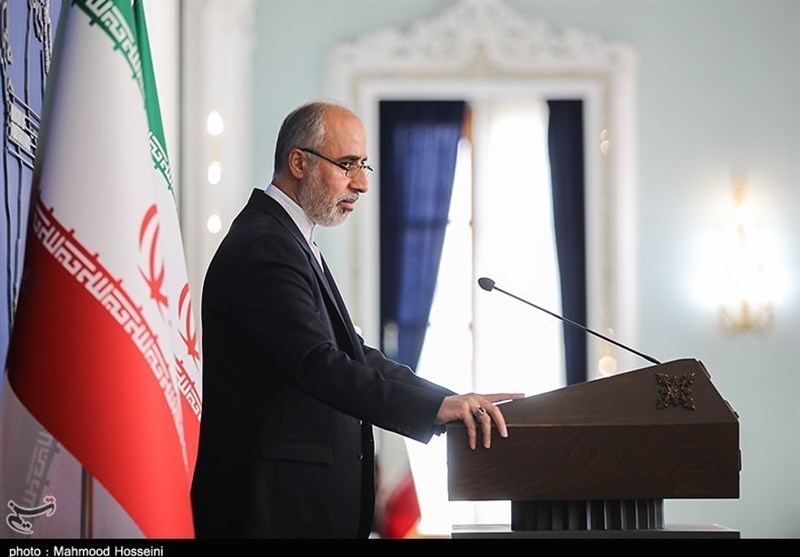 TEHRAN (Tasnim) – The spokesperson for the Iranian Foreign Ministry said the country has acted in accordance with its international responsibilities and domestic regulations in relation to the case of a Ukrainian plane that crashed near Tehran in January 2020.

Speaking to reporters at a weekly press conference on Monday, Nasser Kanaani expressed sympathy with the families of victims of the doomed Flight 752 on the anniversary of its crash.

The plane was shot down with 176 people aboard on January 8, 2020, by Iran’s air defenses, which mistook the aircraft for a military target amid military tensions between Tehran and Washington following the US assassination of Iran’s Lieutenant General Qassem Soleimani in Iraq days earlier.

“As emphasized before, Iran has fulfilled and will fulfill its duties in accordance with its international obligations and within the framework of its domestic regulations” in regard to the case of the Ukrainian plane, he said.

The spokesman noted that investigations have been conducted into the case in compliance with the Convention on International Civil Aviation (Chicago Convention).

The authorized court of the Islamic Republic of Iran is fairly hearing the case, as several court sessions have been held in the presence of the plaintiffs and their attorneys, Kanaani stated, adding that officials from the Embassy of Ukraine in Tehran have also been invited to attend the sessions.

The representatives of the countries that were involved in the case have been entitled to partake in the court sessions, he added.

The spokesman also noted that payments, even above the sums specified by the international conventions, have been made to a number of families of the victims.