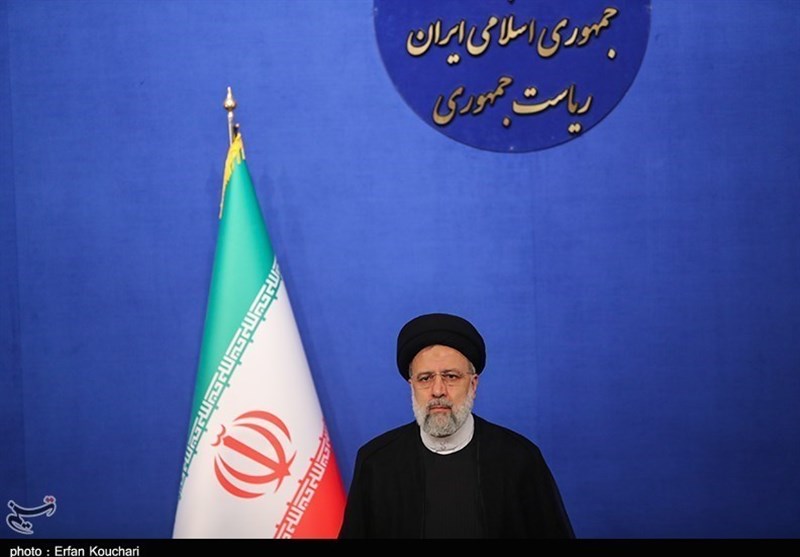 TEHRAN (Tasnim) – Iranian President Ebrahim Raisi lashed out at his American counterpart for making humiliating comments about other countries, saying it reveals the true savage nature of the US behind the mask of an advocate of human rights.

Speaking at a cabinet meeting on Sunday evening, the Iranian president denounced Joe Biden for likening the world countries to a patch in US’ jeans.

Raisi noted that such humiliating comments by a US president about other nations and governments have been made several times in the past.

“Such remarks are kind of a return to the culture of the (US) colonialism era and a proof that a savage nature and pharaoh-style spirit is hidden behind the deceptive American gestures in support of human rights and the rights of women,” the Iranian president stated.

Raisi’s remarks came after Biden continued his tradition of making confusing comments during a visit to a Kentucky bridge on Wednesday.

While touting the virtues of American infrastructure, Biden soon veered off into a “phrase” from his “old neighborhood” which left many Twitter users struggling to understand what Biden was saying.

“I’ve traveled over 140 countries around the world. I was the paraphrase the phrase in my old neighborhood. The rest of the countries the world is not a patch in our jeans. If we do what we want to do, we need to do,” Biden said.

“Biden seems well rested and sharp as a tack after his vacation in the Virgin Islands,” Sen. Eric Schmidt, R-Mo., press secretary Will O’Grady wrote.

Washington Examiner columnist Becket Adams tweeted, “was there a lot of lead paint in said neighborhood?”

Biden has had his fitness for the office in question over a series of gaffes, stumbles and other embarrassing instances during public events. In July, Biden even appeared to say that he “has” cancer after claiming that he and many of his friends from his childhood home in Delaware suffered due to oil refinery emissions.