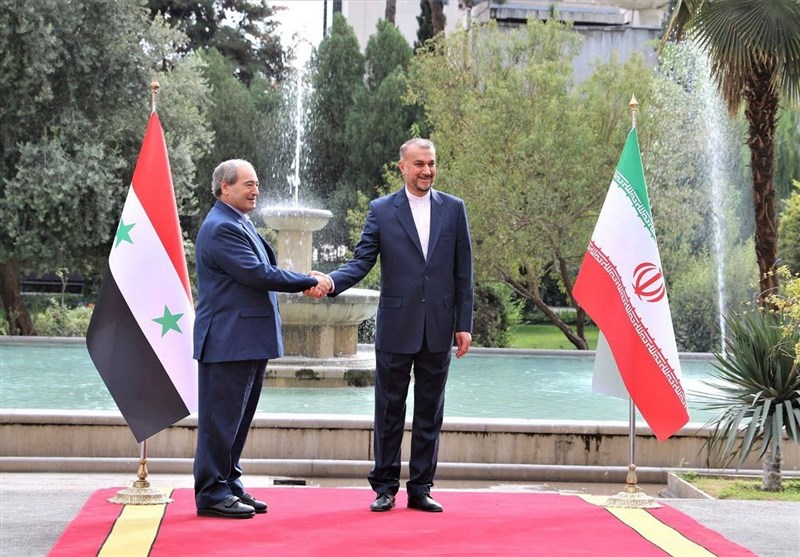 TEHRAN (Tasnim) – Lauding Iran’s constructive role in the fight against terrorism and its contribution to the settlement of the crisis in Syria, the Syrian foreign minister urged that the Islamic Republic should be involved in any political initiative in that regard.

In a telephone conversation on Sunday, Iranian Foreign Minister Hossein Amirabdollahian and his Syria counterpart Faisal Mekdad talked about the latest state of the bilateral ties as well as developments in Syria and the region.

The two senior diplomats underlined the resolve of the high-ranking officials of Iran and Syria to expand bilateral ties in different spheres.

Mekdad also thanked the Islamic Republic of Iran for its constructive and effective role in fighting terrorism and helping resolve the crisis in Syria through political means, including during the Astana peace process, the Foreign Ministry’s website reported.

He also stressed the need for Iran to continue its role in being involved in any political initiative.

Last month, Amirabdollahian reaffirmed Iran’s support for political processes in the settlement of Syria’s problems, describing cooperation among the regional states as the sole way to ensure sustainable security in the Arab country.