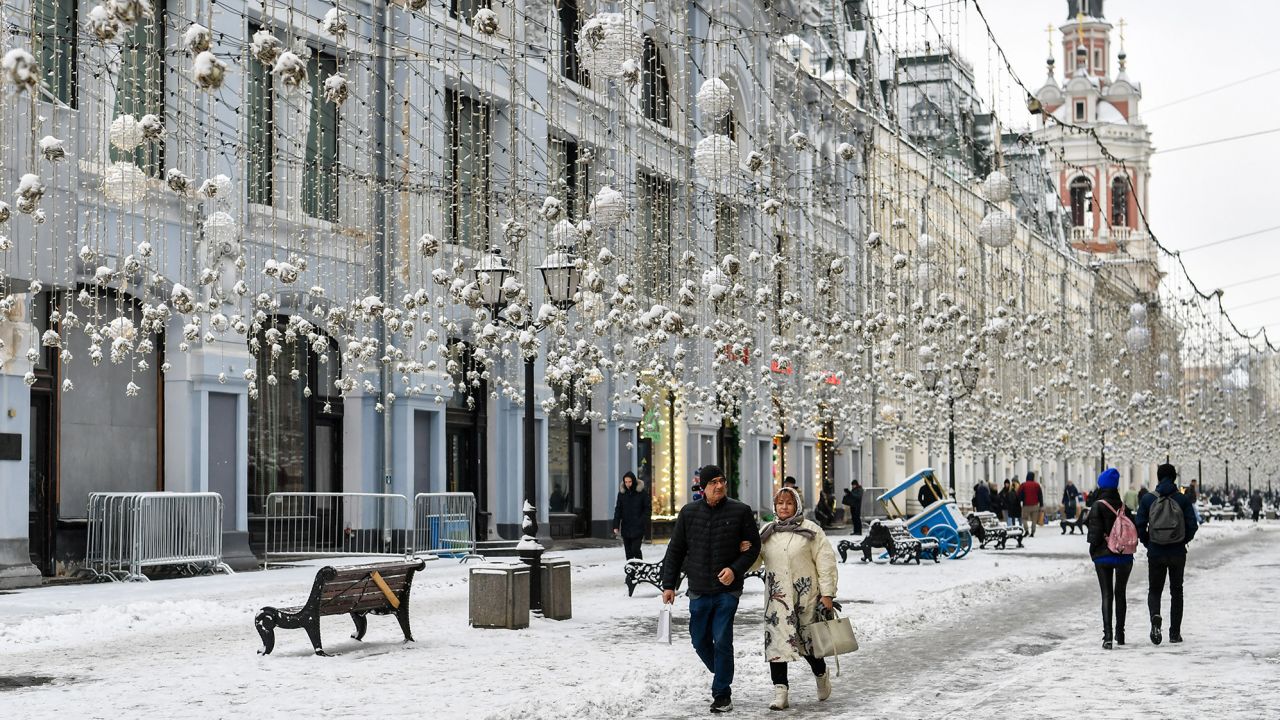 Share
Tweet
Share
Share
Email
Comments
Moscow — November and December are known as the most depressing months in Moscow. The days are short and dark, and the weather is too cold and wet to be outdoors much but still too warm and rainy to enjoy the real Russian winter.

This year, the feeling of melancholy is increased by the sight of shuttered shops on many of the capital’s streets, as businesses face the economic fall-out from massive Western sanctions in response to the war in Ukraine, which Russian officials still call the “special military operation.”

“The mood in Moscow and the country is now extremely gloomy, quiet, intimidated, and hopeless,” said 34-year-old Lisa, who declined to give her last name and said she was a film producer. “The planning horizon is as low as ever. People have no idea what might happen tomorrow or in a year.”

While the shelves in most stores remain well stocked, Western products are becoming increasingly scarce and very expensive, further driving prices that are already hammering many Russian households.

“Of course, you can get used to all this, this is not the worst thing at all,” she said. But she also took a jab at Western governments and companies that have left the Russian market in response to the invasion of Ukraine. “I do not really know how this helps in resolving the conflict, because it affects ordinary people, not those who make decisions,” Lisa said.

A woman pushing her trolley with purchases looks at the window of an empty shop in a mall, November 18, 2022 in Moscow, Russia.

Some economists believe Russia will face growing economic hardship and a population that will grow increasingly critical of the “special military operation” amid mounting defeats such as seen in Ukraine’s southern city of Kherson, where a determined Ukrainian offensive forced a Russian withdrawal.

Sergey Javoronkov, a senior researcher at the Gaidar Institute for Economic Policy, says the mood is already more critical than it was, thanks to “both the economic price and the dissatisfaction with the task not being solved,” contrary to the expectations created by the Kremlin.

“We were supposed to win. Officials promised to capture Kyiv in three days but, as we see, it turned out to be foolish,” he told CNN.

“In his February 24 speech, (Russian President) Vladimir Putin stated that the military operations would be conducted only by professional troops. But in September a partial mobilization was declared – also an unpopular measure: those who do not want to fight are being recruited.

“It is a known effect: a short victorious war may provoke enthusiasm, but if the war lasts endlessly and does not lead to the desired outcome, then comes disappointment.”

A 30-year-old PR manager who gave her name only as Irina disagrees, saying she believes the situation is stabilizing after an initial exodus of Russians fleeing not only Western sanctions but also possible conscription following Putin’s September 21 announcement of a nationwide partial mobilization.

The Kremlin says more than 300,000 Russians were drafted into the military between late September and early November while hundreds of thousands of mostly young Russian men fled the country, often to places like Kazakhstan or Georgia.

“The first wave of panic has already passed, everyone has calmed down a little. Many have left, but many remain. I am pleased with the people who stay and support Russia,” Irina told CNN.

At the same time, she emphasized that she is opposed to the war in Ukraine, as it is beginning to sink in for her, as for many Russians, that the fighting may go on for a very long time. This is especially the case since Ukraine’s forces managed to take back the major city of Kherson from the Russian military – an area Russia had annexed in September and which Putin had said would remain part of Russia “forever.”

“I have a negative attitude. I believe that any aggression or war are evil. And to say that if we wouldn’t attack them, they would attack us is of course absurd,” Irina said, referring to Putin’s repeated claim that Russia is acting in self-defense in its invasion of Ukraine.

Well-known Russian blogger Dmitry Puchkov, who goes by the name “Goblin” and supports his country’s military operation in Ukraine, acknowledges that the recent battlefield defeats have shaken many people’s trust.

“From the point of view of civil society, it is not good for our troops to leave the territories that have become part of the Russian Federation. But we think it’s a tactical move and it won’t last long,” he wrote, answering written questions from CNN online. Puchkov says he believes Russia will fight back fiercely and force Ukraine into a ceasefire.

Russian citizens drafted during the partial mobilization are seen being dispatched to combat coordination areas after a military call-up for the Russia-Ukraine war in Moscow, Russia on October 10, 2022.

“The morale of the Russian military is very high,” Puchkov wrote, as he laid out how he thinks victory will be achieved. “The necessary strategic decisions are well known: first and foremost is the destruction of the Ukrainian infrastructure. The electricity, hot water and heat systems must be destroyed,” he said.

The Kremlin appears to be following that playbook. Russian forces have repeatedly targeted power infrastructure in Ukraine in recent weeks, leaving more than 7 million people without power after one wave of strikes a week ago, according to Ukrainian officials.

Ukrainians remain resolute in the face of Russian missile attacks, however, and hopes for any kind of negotiated end to the war remain distant, even as America’s top general pushes for diplomacy. NATO Secretary General Jens Stoltenberg on Sunday called for greater support for Ukraine, telling NATO allies: “We must be prepared to support Ukraine for the long haul.”

Asked what the mood is like in the Russian business community given the prospects of a prolonged conflict, Javoronkov used a single word: “Pessimistic!”

“The economic experts realize that nothing is expected for the economy if the military actions continue,” Javoronkov said. Russia’s economy is now officially in a recession, which he believes will only get worse.

A Ukrainian tank is seen as the Ukrainian Armed Forces continue to contest the front line in Kherson region in Ukraine on November 9, 2022.

The problems span everything from the airline industry to consumer electronics, leading former Russian President Dmitry Medvedev to call for a nationalization of foreign assets.

Yevgeny Popov, a well-known journalist and member of the Russian parliament, ripped into Medvedev’s idea in a rare moment of open criticism.

“What will we drive, we have nothing to drive. Are we going to drive railcars?” Popov yelled at a former Russian general who supported the idea of nationalization on the state TV talk show “60 Minutes.”

“Let’s nationalize everything, but what will we drive, how will we make phone calls, what will we do? Yes, all our technology is Western,” Popov said.

The Kremlin has been promoting the idea of replacing Western goods with products and technologies from allied countries such as China or Iran, but also of increasing Russia’s own production.

The Russian Foreign Ministry building is seen behind an advertising billboard showing the letter “Z” — a tactical insignia of Russian troops in Ukraine — and reading “Victory is being Forged in Fire” in central Moscow on October 13, 2022.

On Monday, Putin opened – via videolink – a turkey breeding farm in the Tyumen region. The move was hailed as a sign of growing Russian economic independence by Kremlin spokesman Dmitry Peskov, who labeled it “a significant event in the president’s schedule related to the development of domestic breeding and selection of the meat and poultry sector of the agriculture industry. A crucial sector that is directly connected with Russia’s food security.”

But Russia’s increasing isolation from the world is not necessarily welcomed by all its citizens. Film producer Lisa said she would rather have her country end the war and renew ties with foreign countries than go it alone.

“I wait and hope that it will all end because there is nothing more valuable than human lives,” she said.