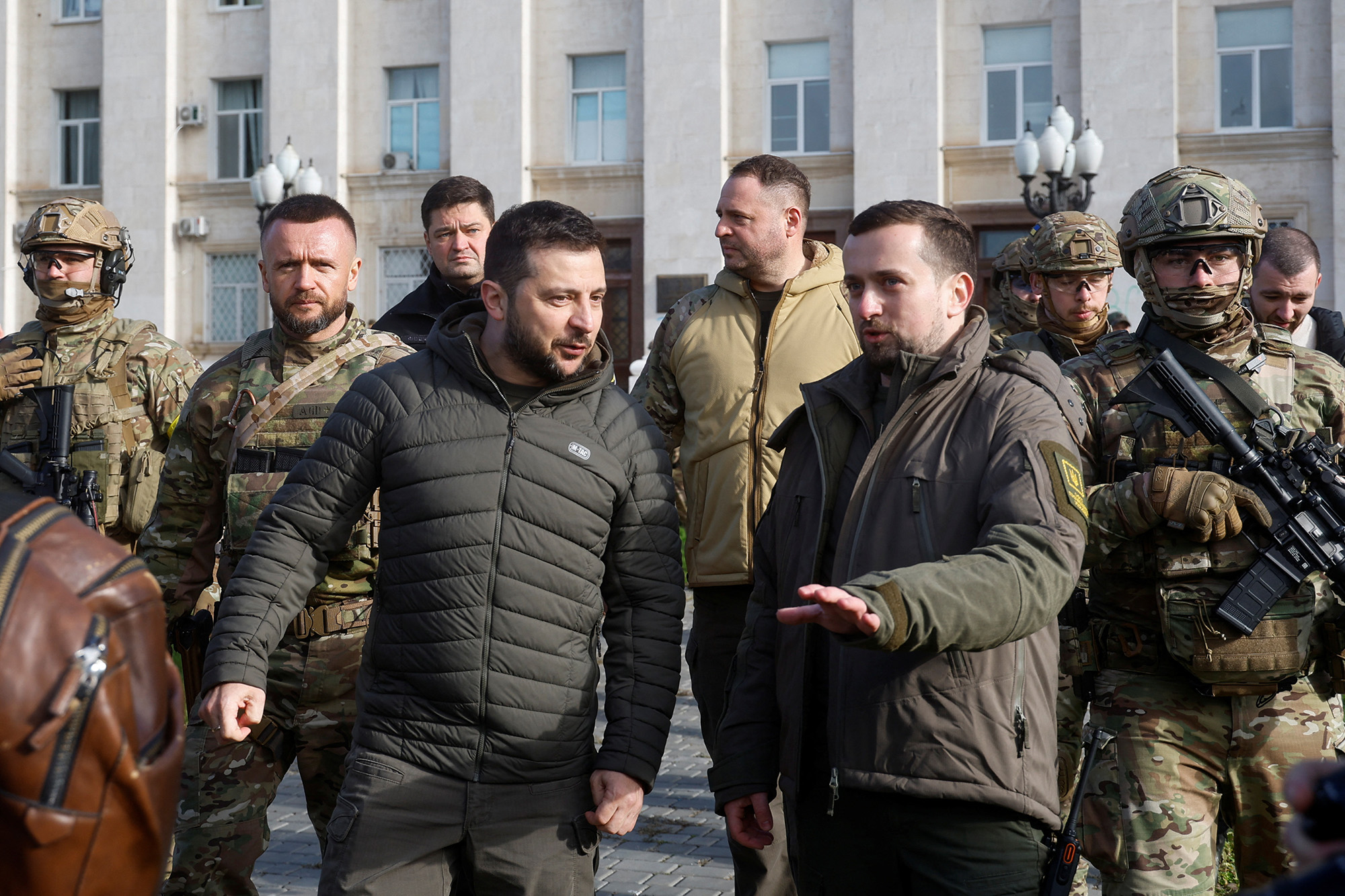 “We are moving forward,” Zelensky told a military formation in the city’s main square, Reuters reported. “We are ready for peace, peace for all our country.”

In a video circulating on Telegram, Zelensky told a group of reporters that he thought it was necessary to visit the city.

“The military takes risks every day, journalists take risks,” he said. “I think it is necessary to be here and talk about Kherson residents, to support people. To make them feel that we are not only talking about it, but we are really returning, really raising our flag.”

“I would also like, in a human way, to get the emotion, the energy from people. It is motivating.”

Some context: On Saturday, crowds celebrated the liberation of Kherson city after Ukrainian forces swept into the regional capital and Russian troops retreated to the east.

But life remains far from normal, with authorities warning residents to be wary of explosives littering the city, and Russian forces still nearby — just across the strategically important Dnipro River.