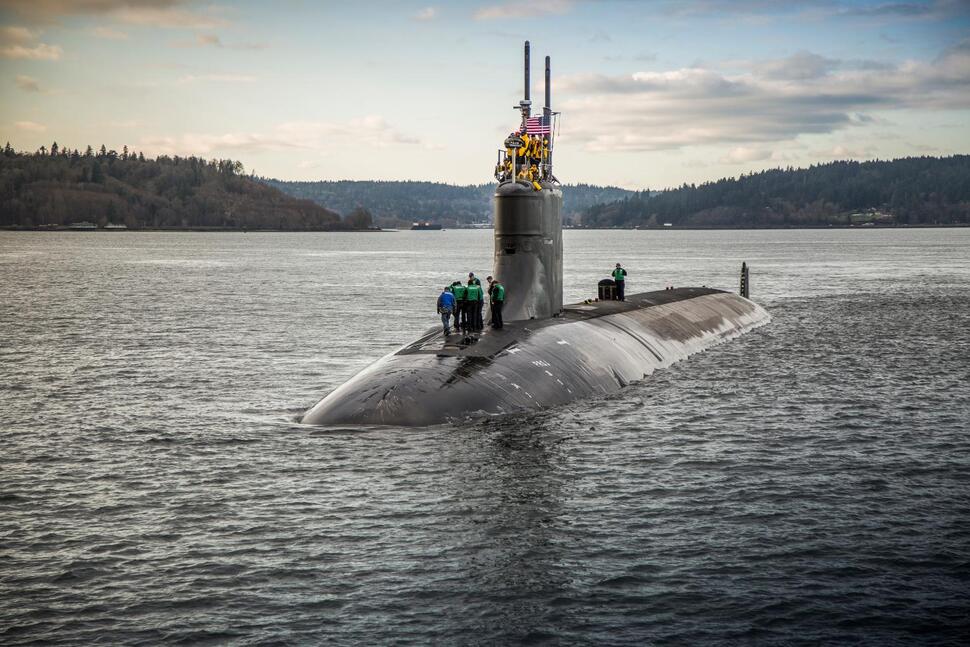 Defense officials say the U.S. Navy has determined that a submarine damaged in a collision in early October struck a seamount, or underwater mountain.

The U.S. Navy has determined that a submarine damaged in a collision in the South China Sea in early October struck a seamount, or underwater mountain, two defense officials said Monday.

The officials spoke on condition of anonymity ahead of a public announcement. The Navy has yet to fully explain how or why the USS Connecticut struck the seamount or to reveal the extent of damage to the Seawolf-class submarine.

The Navy has said the submarine’s nuclear reactor and propulsion system were not damaged. The collision caused a small number of moderate and minor injuries to the crew. USNI News, which was first to report that the sub had struck a seamount, said damage to the forward section of the submarine damaged its ballast tanks.

The incident happened on Oct. 2 but was not reported by the Navy until five days later. The vessel made its way to Guam for a damage assessment, where it remains.