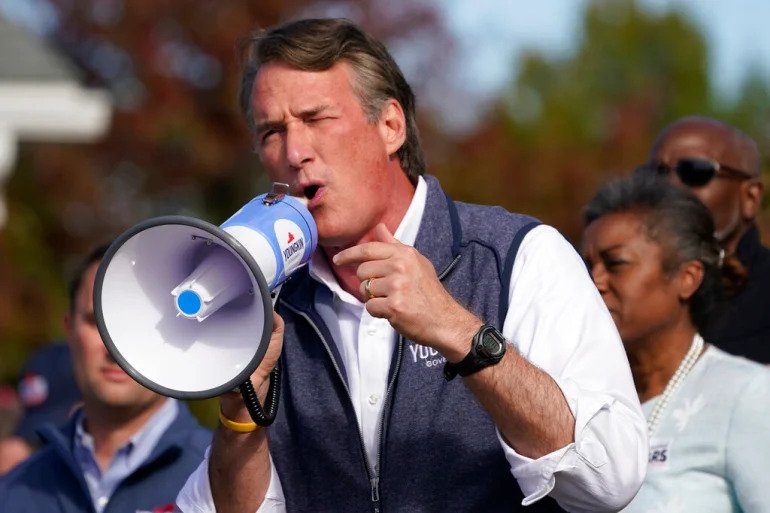 A Republican challenger in the race for Virginia governor is giving Democrats a scare in the state’s November 2 election that is seen as a referendum on President Joe Biden and his first year in the White House.

For months, polls had shown McAuliffe with a steady, if narrow lead over Youngkin. But the race has tightened dramatically in the closing days on the strength of Republican enthusiasm. One recent poll puts Youngkin ahead, signalling momentum may be on his side.

“The race is a statistical dead-heat and that was not expected,” said Mark J Rozell, dean of the Schar School of Policy and Government at George Mason University in Fairfax, Virginia.

“Youngkin has been a stronger candidate than many had predicted,” Rozell told Al Jazeera.

Failure to hold the Virginia governor’s mansion and state house would be a major defeat for Biden and national Democrats who have campaigned heavily for McAuliffe and worked hard to tie Youngkin to former President Donald Trump, who is unpopular in Virginia.

Indeed, the prospect Youngkin might win is a measure of how badly the United States political environment has soured for Biden and the Democrats. Biden’s job approval rating has plummeted since the chaotic US withdrawal from Afghanistan raised doubts about his ability to govern amid Democratic infighting in the US Congress.

“What’s happened here is Terry McAuliffe has nationalised the race. He has brought Biden in,” said Tom Davis, a former Republican member of the House of Representatives from Virginia and former chair of House Republican’s campaign arm.

“This is the first political test of Biden’s presidency,” Davis told Al Jazeera. 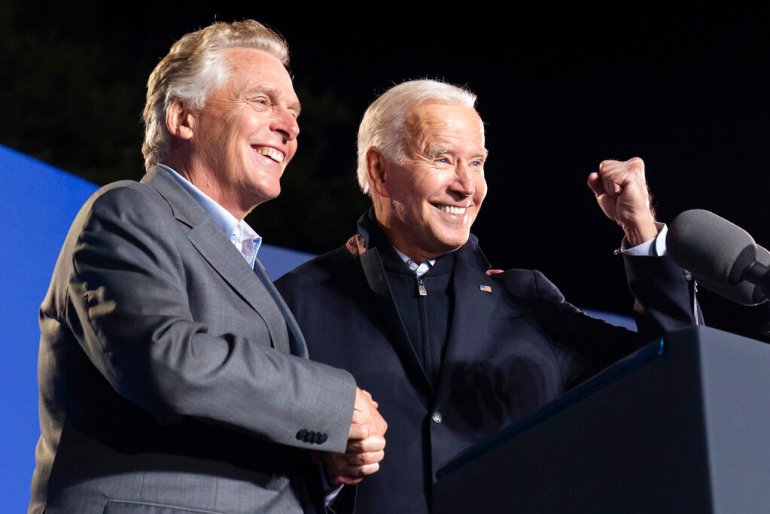 Once a solid Republican state, Virginia has turned Democratic during the last decade as Democrats made gains in Northern Virginia’s burgeoning suburbs outside Washington, DC, and around the state capital of Richmond.

Hillary Clinton beat Trump by five percentage points in Virginia in 2016, though she lost the national election. Biden won Virginia by 10 points over Trump in 2020. Democrats have won four of the last five contests for governor, including McAuliffe’s 2013 election.

As governor, McAuliffe had a fair record of advancing Democractic priorities on healthcare, immigration, voting rights, and economic development. He worked across the aisle with Republicans who then controlled the state legislature. But he did not put that front-and-centre in his campaign.

Virginia’s constitution limits governors to one term but allows them to run again in four years. McAuliffe was succeeded by Democrat Ralph Northam.

But, proving himself a wily and nimble contender, Youngkin has countered by keeping Trump out of the state and focusing on key Republican issues; school safety, protecting parental rights in public schools, repealing the state sales tax on groceries, and reducing the income tax.

The Republican adopted a folksy style, complete with a signature fleece vest, and toured the state aggressively, in a move to connect with voters. 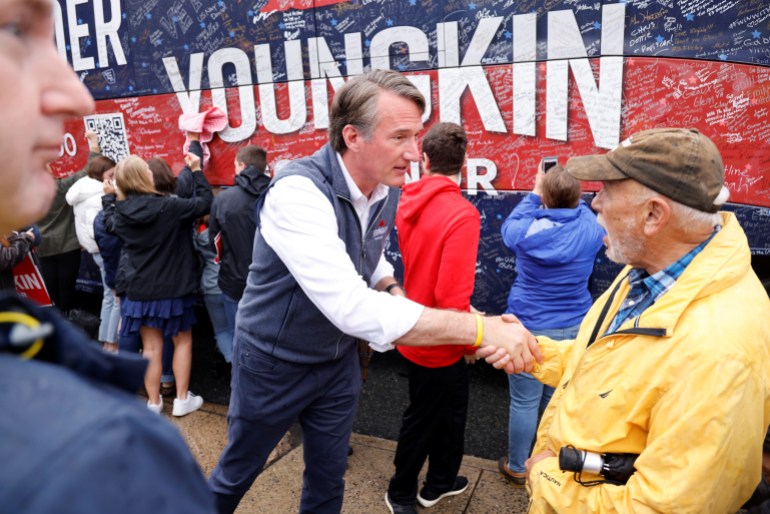 Youngkin gained inroads among independents and suburban voters that both he and McAuliffe need to win, said Bob Holsworth, independent political analyst and former director of the Center for Public Policy at Virginia Commonwealth University in Richmond.

“And secondly, Youngkin – at least so far – has done a reasonable job trying to unite the Trump populists with the suburbanites who voted against the former president,” Holsworth said.

McAuliffe inadvertently gave Youngkin an opening when he said in a debate at the end of September that he would not allow parents to dictate school curriculum.

“I don’t believe parents should be telling schools what they should teach,” McAuliffe said.

While McAuliffe was talking about not allowing parents to force schools to ban books, Youngkin equated it with a larger, Trump-style campaign message about “critical race theory” which has been a topic of angry school board meetings in Virginia and across the US.

Republicans picked up McAuliffe’s line and within 24 hours were using it in television ads attacking McAuliffe that proved potent. “I believe parents should be in charge of their kids’ education,” Youngkin declared.

Critics accused Youngkin of race-baiting white voters in Virginia, reminiscent of the “forced busing” issue during the de-segregation of public schools more than 50 years ago. Critical race theory – an academic body of thought that sees racism in the US as systemic – is not being taught in public schools, but the issue resonated and Youngkin surged in polls.

In the closing days of the campaign, Youngkin is again having to reckon with Trump, who has not been in the state until now. The former president plans to hold a virtual, tele-rally for Youngkin on Monday.

“The Fake News media, together with some of the perverts doing ads ad naseam on primarily Fox (Fox shouldn’t take those ads!), are trying to create the impression that Glenn Youngkin and I are at odds and don’t like each other,” Trump said in a statement on Monday.

“Importantly, this is not true, we get along very well together and strongly believe in many of the same policies. Especially when it comes to the important subject of education,” Trump said.

McAuliffe immediately jumped on Trump’s entry into the race, reminding voters that all along he had said Youngkin was a Trump acolyte.

But the national political spotlight has proven to be a problem for McAuliffe. With Trump banned from mainstream social media platforms and no longer in the White House, he has remained largely out of the public eye.

Biden is president now and his job approval numbers have slipped dramatically. Democrats in Congress have struggled to make good on his campaign promises of infrastructure, climate and social spending. Biden’s signature budget proposal has been drastically shrunk and a vote has not been scheduled.

“The Democratic brand is suffering right now, under the weight of Biden’s declining popularity, what happened in Afghanistan, and the perception that Democrats in Washington can’t get things done right now,” Rozell said.

In an open microphone moment on the campaign trail, McAuliffe was heard pleading for Washington Democrats to get a legislative deal before November 2 to show his party had its act together.

“This will send shockwaves through the Democratic Party if they lose Virginia, because Republicans will take this to mean that, if they can win in a blue trending state, they can win in a lot of other places they’ve been told they can’t win in 2022,” Rozell said.