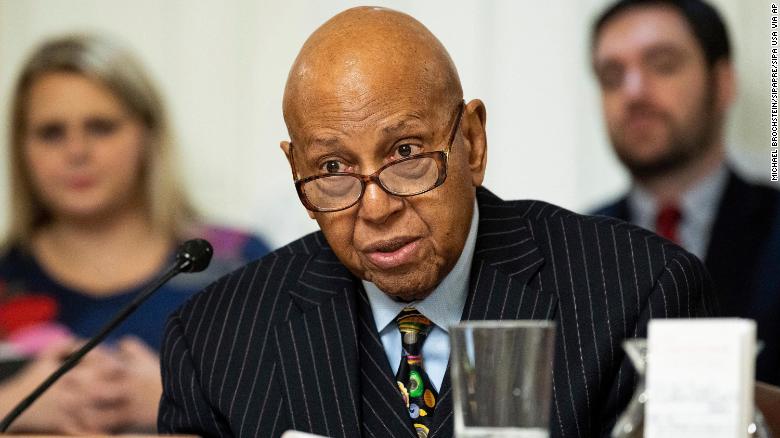 (CNN)The primary election Tuesday to replace the late Florida Rep. Alcee Hastings has been marked by two things: the massive number of candidates and a lack of voter interest in them.

“I think most people don’t even know there’s an election, unfortunately,” said Florida Rep. Lois Frankel.
But the off-year special election featuring 11 Democrats presents a candidate with the opportunity to represent a safe seat for decades. Hastings represented the majority-Black area encompassing parts of Fort Lauderdale and West Palm Beach in Congress for 28 years, and became the dean of the Florida delegation.
The candidates are: health care executive Sheila Cherfilus-McCormick, Broward County commissioners Dale Holness and Barbara Sharief, state Sen. Perry Thurston, state Rep. Omari Hardy, state Rep. Bobby DuBose, Elvin Dowling, former Palm Beach County commissioner Priscilla Taylor, Phil Jackson, Emmanuel Morel and Imran Siddiqui.
Holness has raised over $580,000 from outside supporters, the most of any candidate according to the latest FEC filings. But others — Thurston, DuBose, Hardy, Cherfilus-McCormick and Sharief — have all raised at least six figures from contributors. Cherfilus-McCormick and Sharief have also loaned their campaigns hundreds of thousands of dollars more.
Holness claims that he received Hastings’ verbal endorsement before he died, and Hastings’ son is supporting the county commissioner. “Congressman Hastings and I have worked closely together over many, many years,” Holness told CNN.
But there is no record of Hastings’ endorsement, and other candidates have rejected Holness’ claim.
“I don’t believe he received the endorsement of the late congressman,” Sharief said. “Anybody who knew Alcee Hastings — I would tell you that that is a man that has never minced words.”
Each candidate is trying to distinguish themselves in a sprawling field. Hardy is a young progressive candidate who has secured the South Florida Sun-Sentinel’s endorsement, taken on the sugar industry and opposed aid to Israel’s Iron Dome missile-defense system. Thurston boasts the endorsement of the Florida AFL-CIO and other prominent labor groups. Cherfilus-McCormick is pushing a plan to give $1,000 a month to all adults making less than $75,000 a year.
“I’m the only candidate in the race who actually has (an) economic plan and who actually has been able to create jobs,” Cherfilus-McCormick said in an interview.
Two members of Congress have endorsed in the race: Frankel supports Sharief, a Republican-turned-Democrat who was Broward county’s first black mayor, and Georgia Congresswoman Nikema Williams supports DuBose, who has led the state House Democrats.
There are two other US House special elections on November 2 to pick a successor to two former Ohio representatives in Congress: HUD Secretary Marcia Fudge and Ohio Chamber of Commerce president Steve Stivers. Democrat Shontel Brown is expected to beat Republican Laverne Gore in a deep-blue, Cleveland-based district. And Mike Carey, chair of the Ohio Coal Association, is expected to beat state Rep. Allison Russo in the red, central Ohio district.
But in Florida, the special election’s primary is a free-for-all.
“The late Congressman Alcee Hastings casts a long shadow over this district and it’s been many years since there has been such a wide-open race, so there are many unknowns,” said Kevin Wagner, Florida Atlantic University’s political science department chair. “Indeed, with so many candidates, this is a bit more volatile than normal.”
The general election is January 11.