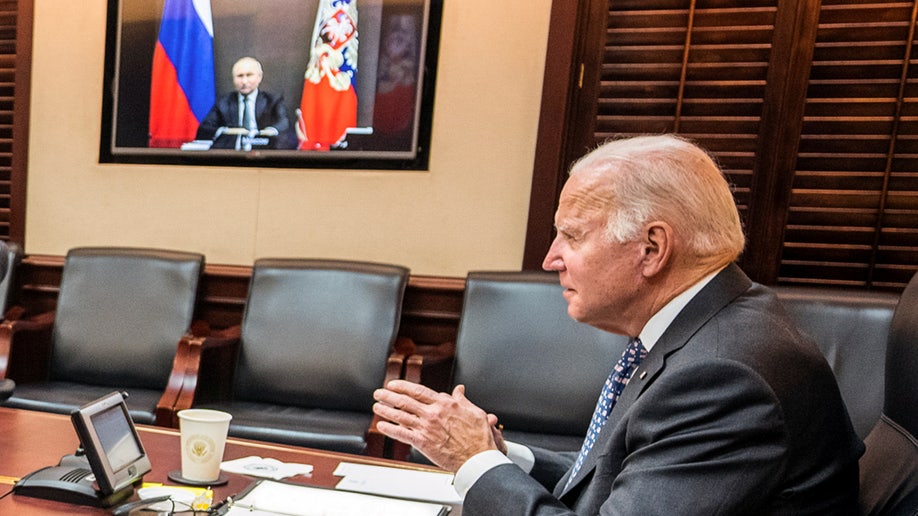 “No amount of smoke and mirrors or dumb op-eds in The Washington Post is going to change the reality” of the Biden administration, Sean Hannity said in the opening monologue of “Hannity” Tuesday night.

Hannity noted that in the past week, the White House has “been holding private meetings with producers, anchors, reporters to ‘reshape their coverage,’” but that the media should not be taking talking points from the White House.

“…[Y]ou don’t get better, more sycophantic coverage. It’s the entire media mob, print media. You have NBC, ABC, CBS, two news channels that say their news that are really propaganda for the Democratic Party,” Hannity said. “Now maybe the worst part of this, the press isn’t even trying to hide it.”

He said CNN reporter Oliver Darcy was “bragging” in his tweet about White House officials “holding briefings with major newsrooms.”

On Tuesday, Biden met with Russian President Vladimir Putin as almost 100,000 Russian troops have reportedly assembled at the Russia-Ukraine border on the brink of what Hannity called an “imminent” invasion. Biden’s strategy for Russian relations reportedly includes reinstating sanctions on the country’s Nord Stream 2 pipeline. Hannity noted that he had previously relieved America’s Keystone XL pipeline workers of their “high-paying career jobs.”

Now, he is “giving Putin an opportunity to get Russia rich again,” the “Hannity” host said.

“Joe Biden has never, ever, ever been good at anything and especially foreign policy,” Hannity continued. “You might remember Obama’s former Defense Secretary Robert Gates [saying], ‘Biden has been wrong on nearly every major foreign policy and national security issue over the past four decades’ on the campaign trail.”

“And during the early months of the Biden White House, the press wing of the Democratic Party – in other words, the media mob – they covered up all of Biden’s shortcomings and of course, lied on his behalf [and] never asked tough questions. Now with multiple Biden-caused crises…home and abroad, some in the media…are no longer able to avoid the shocking reality, which is one Biden failure after another.”

“And needless to say, Joe Biden is not pleased,” Hannity said.