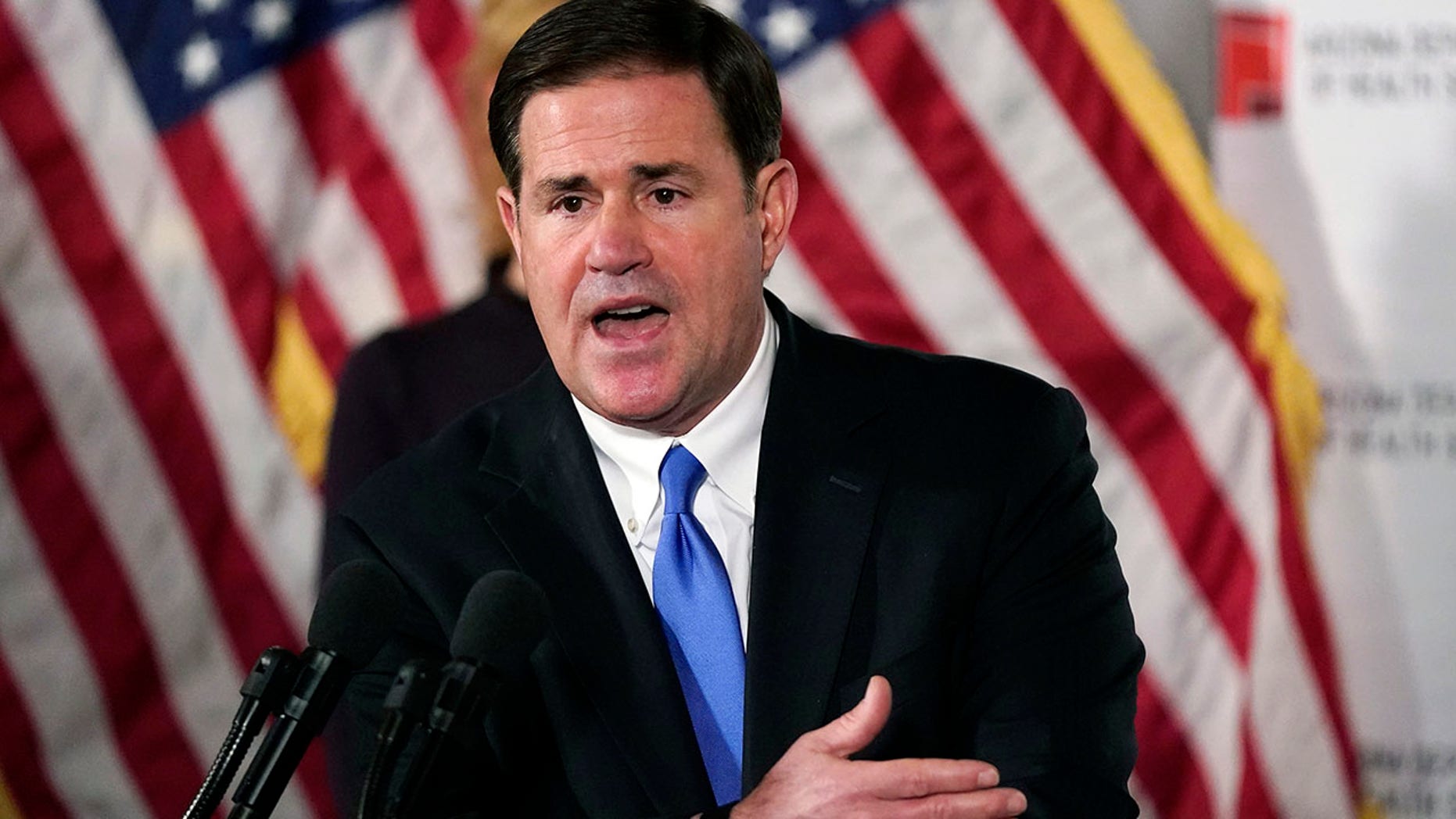 Arizona’s Republican governor said Tuesday he plans to deploy the state’s National Guard personnel and strategize with Border Patrol officials after thousands of migrants rushed the state’s border with Mexico in recent days, according to reports.

Gov. Doug Ducey traveled to Yuma, saying the state’s border crisis has been “escalating” there, and called on President Biden to send a forceful federal response to the state as well.

“Mr. President, do something – do anything,” Ducey said at a news conference, KPNX-TV of Phoenix reported.

The governor spoke near an opening in the barrier that separates Arizona and Mexico, drawing attention to the unfinished border wall that the GOP has called for in recent years.

Ducey and many other Republicans have long criticized Biden – as well as Vice President Kamala Harris and other administration officials, claiming the Democrats haven’t adequately responded to the migrant surge and related issues that have affected U.S. border communities.

Another 1,500 migrants tried to enter the Yuma area on Monday, according to Border Report.

There just aren’t enough agents,” to handle calls coming in to 911 about migrants, one Border Patrol agent told the Yuma Sun newspaper.

The governor’s visit came one day after former President Trump’s “Remain in Mexico” policy was reinstated by the Biden administration after the U.S. Supreme Court upheld a Texas judge’s order for the policy to resume, according to KPNX.

But Ducey asserted Tuesday that aspects of Remain in Mexico that were helping Texas control its borders were pushing more migrants toward Arizona.

The governor said the National Guard would be sending 24 Guard members, six vehicles, four all-terrain vehicles, and one light utility helicopter to the Yuma region to help control the border in that area, KPNX reported.

While Ducey was speaking, KPNX cameras covering the news conference caught images of nearly a dozen immigrants trying to cross into Arizona, the report said.