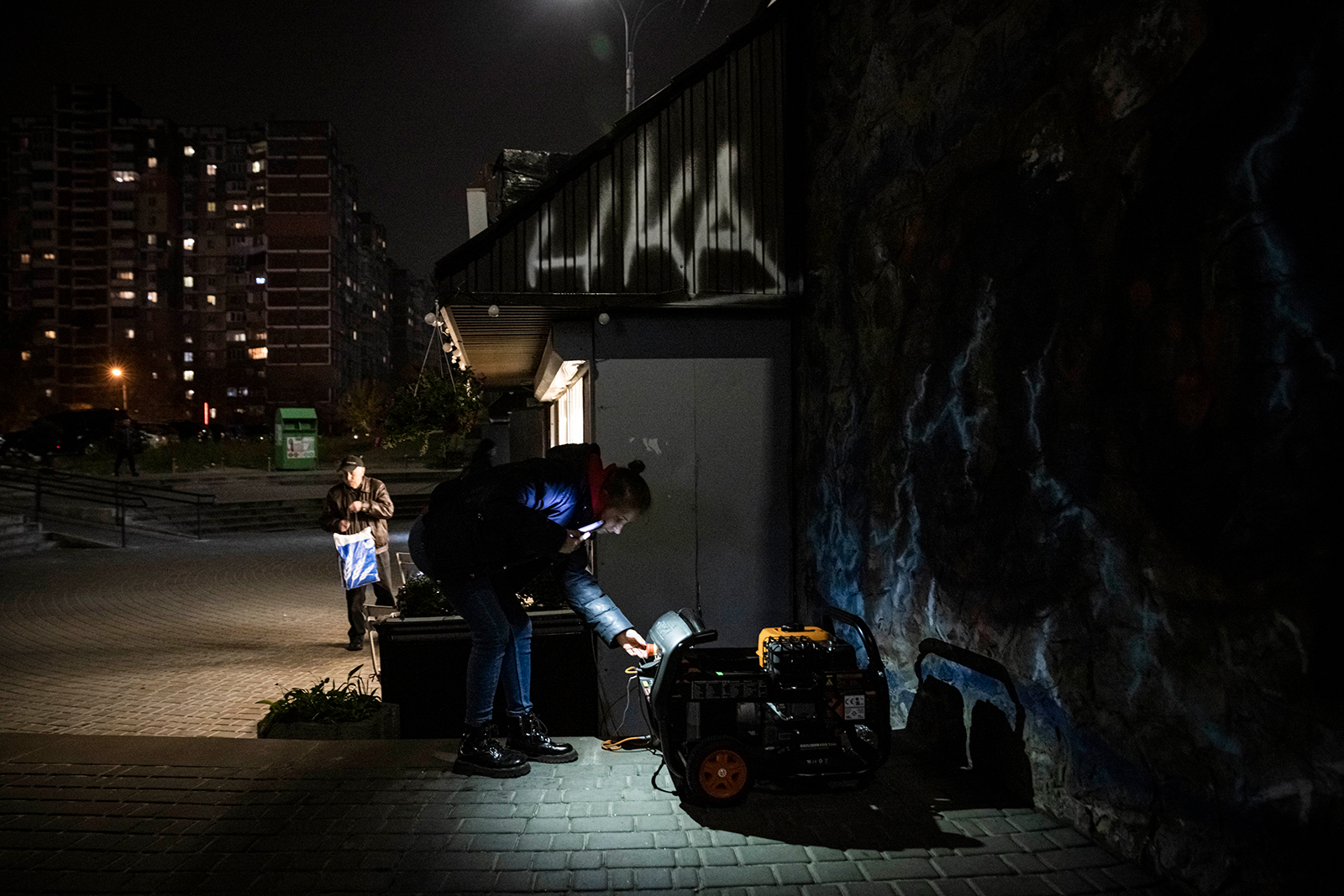 The Ukrainian capital of Kyiv is preparing for worst-case scenarios in the event of further Russian attacks on Ukrainian infrastructure which could potentially leave the city without electricity or water, according to its mayor Vitali Klitschko.

“Our enemies are doing everything to keep the city without heat, electricity, and water supply, and in general, they want us all to die. This is their task. And how well we’ll hold out depends on how well we’re prepared for different scenarios … that’s why we need to be prepared,” said Klitschko on Sunday.

“This is not a war, this is terrorism, this is genocide,” the mayor said regarding Russian attacks on energy infrastructure.

The city’s mayor encouraged some residents to think about staying with family and friends outside of Kyiv if the city is left without electricity or water.

“If you have extended family — this is for if we consider the worst case, if we were left without electricity and water supply — or friends outside Kyiv, where there is autonomous water supply, an oven, heating, please keep in mind the possibility of staying there for a certain amount of time,” the mayor said.

“His goal is for us to die, to freeze, or to make us flee our land so that he can have it. That’s what the aggressor wants to achieve,” Klitschko said regarding Russian President Vladimir Putin.

Some background: Russian forces have pounded Ukraine’s critical infrastructure in recent weeks, severely damaging its electrical grid and forcing many towns and cities across the country to impose scheduled hours-long blackouts.

Preparing for emergency: The city’s Director for the Department of Municipal Security, Roman Tkachuk, relayed fears later in the afternoon on Sunday that all possible action plans are being considered in the case of an emergency but there were no plans to evacuate the city, according to a statement from the Kyiv City Council.

Tkachuk said each district within the city will have about 100 heating centers to operate in case of emergencies in the winter. These heating centers will be equipped with heat, lighting, toilets, canteens, places to rest, warm clothes, blankets and an ambulance crew will be on duty near such centers, the statement said.

“The civil protection system must be ready for various scenarios, but this does not mean that we are now preparing for evacuation. To respond efficiently, we must have a plan for all possible scenarios,” Tkachuk said.