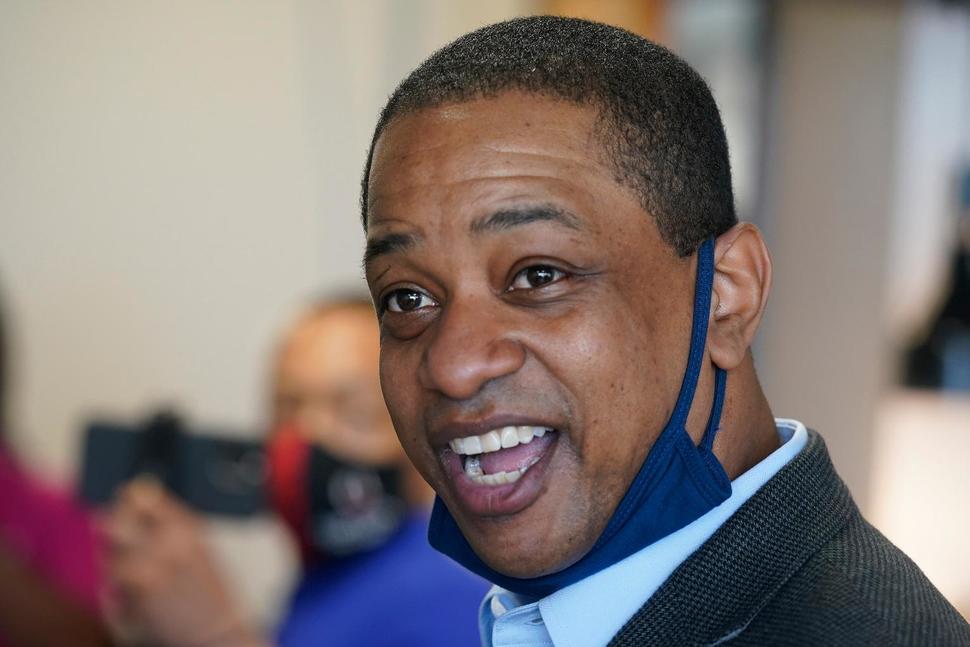 Virginia‘s lieutenant governor, Justin Fairfax, has long had lofty political ambitions, and even after being accused by two women of sexual assault he’s pressing forward with a bid for governor.

The women’s allegations, which he’s spent two years trying to refute, are a dark cloud over what might have otherwise been a strong campaign, making it nearly impossible to fundraise or secure endorsements. Outside observers say there’s no way he can win, raising the question of why he’s running.

Fairfax’s first answer when asked: “I think it’s important to stand up for the truth.”

His team acknowledges that the allegations, which exploded into public view in 2019 and have not resulted in criminal charges, have changed the state of the race. But Fairfax insists voters, particularly those who are Black like him, will see through what he insists — without proof — is a smear campaign.

“I’ve had many African American mothers and grandmothers, come up to me and say, you know, I’ve lived through this. I’ve seen men marched out of homes on false accusations and we never hear from them again. So there is a particular history here,” Fairfax said.

To his critics, Fairfax’s candidacy is just an attempt to regain legitimacy and rehab his image.

“He’s running to try to clear his name and at the same time wield even greater power over his accusers and those who have criticized him,” said Adele McClure, his former policy director, who resigned over the allegations.

A former federal prosecutor and civil litigator, Fairfax unsuccessfully sought the Democratic nomination for attorney general in 2013, then won the race for lieutenant governor in 2017. The job pays about $36,000 a year and involves considerable tedium as the procedural conductor of the Senate, a task Fairfax handles with verve and efficiency. It’s one of only three statewide elected offices in Virginia, and can be a launching pad to higher office.

For a brief period in 2019 — when Democratic Gov. Ralph Northam became engulfed in a scandal over a racist photo on his medical school yearbook page — Fairfax seemed poised to become governor without ever running. Northam faced nearly unanimous calls to resign.

Vanessa Tyson said Fairfax — at the time a Columbia Law School student serving as an aide to Democratic vice presidential nominee John Edwards — forced her to perform oral sex in his hotel room during the Democratic National Convention in Boston in 2004. Two days after Tyson’s statement, Meredith Watson issued her own, accusing Fairfax of raping her in 2000, when they were students at Duke University.

The Associated Press generally does not name people who say they are victims of sexual assault, but both women came forward publicly.

Fairfax adamantly denied the allegations, saying the encounters were consensual. He refused loud calls to resign and now says he’s done all he can to clear his name.

He’s requested law enforcement investigations, which were never opened as far as he knows. He’s taken lie-detector tests and released the results. He’s talked relentlessly about the situation, including in hours of on-the-record interviews for this story. He’s filed a federal defamation lawsuit against CBS News over its interview with his accusers, now pending before a federal appeals court.

He also decided to share a sensitive detail: He says a third person was in the room for the entirety of the encounter with Watson, who has also accused another Duke student of rape.

Fairfax says the other person in the room spoke with him and several of his friends after Watson raised her allegations, saying they were false. This person has not responded to interview requests from the AP, which could not independently confirm the claim that there was an eyewitness. The friends Fairfax cited couldn’t be reached by the AP.

Watson and her attorney have not commented on whether a third person was present and a spokesman did not respond to an inquiry from AP for this story. The outcome has been the same with other news outlets that have asked.

“It’s dramatically unfair what’s been done — to publicly accuse someone of something so serious, for it to be false, and then to simply walk away,” he said.

As for Tyson, who also declined an interview request through her attorneys, Fairfax says they stayed in touch after the encounter and she once asked him to meet her mother. In her initial statement, Tyson said they never spoke again.

Most Democrats, including his opponents in the race, don’t seem to want to talk about Fairfax. He finds himself stuck in a kind of political limbo, dancing around the edges of the establishment — like when he shared an elbow bump with Northam at a recent event celebrating marijuana legalization — but not fully welcomed back into the fold. Some of his critics have asked why he’s even been invited to fundraising events and debates.

While some polling has shown the 42-year-old married father of two running a distant second to former Gov. Terry McAuliffe in the five-way Democratic field, his fundraising has been bleak. He raised around $25,000 in cash in the last quarter, while McAuliffe raised more than $4 million. Also competing are state Sen. Jennifer McClellan, former Del. Jennifer Carroll Foy and Del. Lee Carter.

Fairfax has a tiny campaign staff, no big endorsements, a mostly empty website and a fairly quiet social media presence.

During their first debate, it was Fairfax who raised the allegations in headline-grabbing fashion.

While answering a question about the future of law enforcement, he said: “Everyone here on this stage called for my immediate resignation, including Terry McAuliffe three minutes after a press release came out. He treated me like George Floyd, he treated me like Emmett Till, no due process, immediately assumed my guilt.”

The comparison to the victims of extrajudicial killings was not well received.

Tyson, now a political science professor at Scripps College in California who in 2019 mounted an unsuccessful bid for a California Assembly seat, tweeted that night in response: “My primary concern was (and remains) the good people of the Commonwealth of Virginia. I believe they deserve better, and that they have a number of phenomenal candidates to choose from.”

Voters will get a chance to decide soon: The primary is June 8.