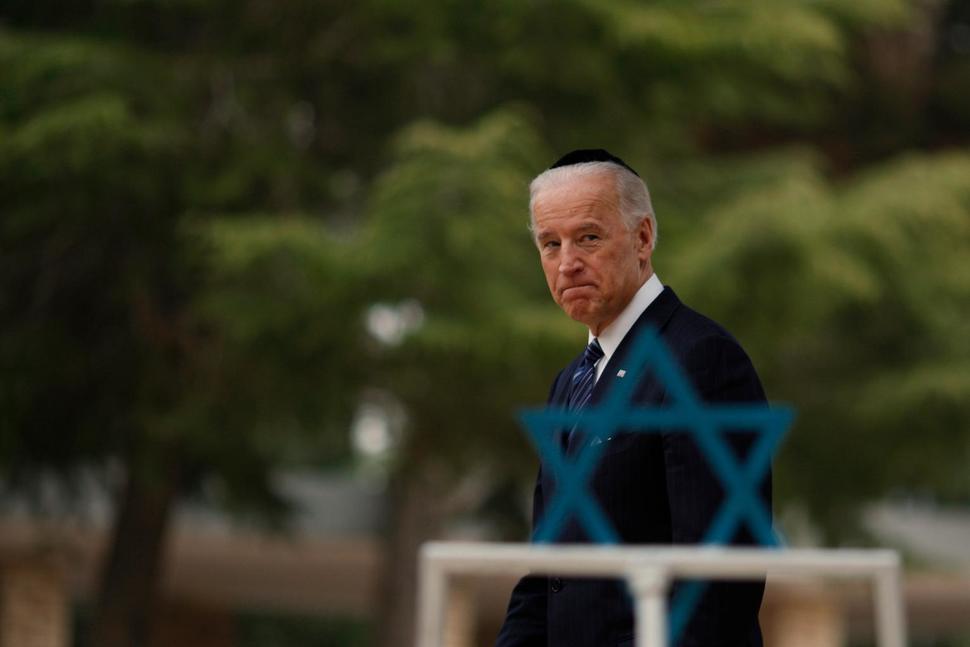 Over his nearly 50 years in national politics, President Joe Biden has often reserved his toughest messages for Israeli leaders for private talks.

It’s a story Joe Biden has loved recounting over the decades: A chain-smoking Golda Meir welcoming the 30-year-old senator to Israel on his first visit in 1973 and giving him a grandmotherly hug before schooling him on the Six-Day War and the dangers still faced by Israel.

A classified Israeli government memo, though, paints a less anodyne version of Biden’s meeting with the Israeli prime minister that day, reporting that the young senator privately “displayed an enthusiasm” that “signaled his lack of diplomatic experience” as he laid out his concerns over land seized in the West Bank and Gaza Strip by Israel years earlier. The document was published last year by Israel’s Channel 13.

For Biden it was the start of a familiar dynamic. Over his nearly 50 years in national politics, he has often reserved his toughest messages for Israeli leaders for private talks while publicly burnishing his image as an unwavering supporter of Israel.

The pattern holds true to the present, as Biden has delivered his most pointed messages for Israeli Prime Minister Benjamin Netanyahu about the conflict with Hamas in Gaza during private conversations while having little to say in public.

For days, as Hamas rockets have flown toward Israel and Israeli airstrikes pounded Gaza, Biden resisted mounting calls from some Democrats and U.N. Security Council members to more forcefully pressure Israel for a cease-fire. On Wednesday, in their fourth conversation in eight days, Biden told Netanyahu that he expected a “significant de-escalation” by day’s end on the path to a cease-fire, according to a White House summary of the phone call.

But hours later, Biden didn’t make even a passing reference to the Gaza war or his diplomacy during a commencement speech at the U.S. Coast Guard Academy as he spoke of the need to face accelerating global challenges.

In 1982, Washington was the setting when Biden was among a group of U.S. lawmakers who had a tense meeting with Israeli Prime Minister Menachem Begin. Biden reportedly pressed Begin to halt the building of Jewish settlements in the West Bank, while some of his colleagues were critical of other aspects of Israel’s policies.

″I think it is fair to say that in my eight years in Washington I’ve never seen such an angry session with a foreign head of state,″ Sen. Paul Tsongas, a Massachusetts Democrat, told reporters after the meeting.

Overall, Biden has hewed to the U.S. establishment line of reaffirming a financial commitment to Israel regardless of its actions toward Palestinians, while frequently reminding Jewish American audiences of his personal closeness to their community. In a 1986 Senate floor speech, he offered a fulsome defense of U.S. aid to Israel — calling it “the best $3 billion investment we make” — and urged colleagues to stop apologizing for their support of the country.

Biden has spoken to Jewish audiences about building bonds with the nine Israeli prime ministers who’ve overlapped with his own time in elected office, recalled his father teaching him about the horrors of Nazi efforts to rid Europe of Jews, and noted that he took each of his children to visit the Dachau concentration camp. On the lighter side, he often jokes that his daughter gave him every Irish-Catholic father’s dream when she married a Jewish surgeon.

But there have also been moments where Biden’s frustration with Netanyahu has seeped into public view.

As vice president, he kept Netanyahu waiting for a dinner meeting after the Israeli leader embarrassed Biden and President Barack Obama by approving the construction of 1,600 new apartments in disputed east Jerusalem in the middle of Biden’s 2010 visit to Israel.

Netanyahu sought to patch up hurt feelings at the dinner. But after the meal, Biden admonished the prime minister in a statement, saying the move undermined an Obama administration effort to persuade the Palestinians to resume peace talks.

Amid ongoing tension between Obama and Netanyahu, Biden went out of his way during a 2014 speech before the Jewish Federations of North America to note that he and Netanyahu were “still buddies” — albeit with a somewhat complicated relationship.

Biden noted that he had once inscribed a photo for Netanyahu with the message “Bibi I don’t agree with a damn thing you say but I love you.’”

In late 2019, during a question-and-answer session with voters on the campaign trail, Biden called Netanyahu “counterproductive” and an “extreme right” leader, while accusing Palestinian leaders of “fomenting” the conflict and “baiting everyone who is Jewish.” He also suggested that some on the U.S. political left give the Palestinian Authority “a pass” when criticizing Israeli leadership.

As the Biden White House negotiated the current crisis, the president and his advisers made the calculation that the Israelis are unlikely to respond to international resolutions or public demands by the U.S. and that their best leverage would happen behind the scenes, officials said.

At the same time, the White House is mindful that the longer the conflict goes, the greater chance of a very high-casualty event or other provocative action by either side that could make reaching a cease-fire more difficult.

Aaron David Miller, a former Mideast adviser to Democratic and Republican administrations, said Biden had demonstrated patience with Netanyahu’s campaign to degrade Hamas’ military capability in part because Biden has bigger priorities, including shepherding the U.S. recovery from the global pandemic and focusing on an emerging economic and strategic competition from China.

“This is not Joe Biden approaching the crisis as a young senator or as the head of the Senate Foreign Relations Committee,” said Miller, a senior fellow at the Carnegie Endowment for International Peace. “This is not even Joe Biden as vice president. This is Joe Biden as a president that faces immediate crises and an agenda that would make your head spin. The last thing he wants to do is find himself bogged down on this issue.”

Biden validated that notion this week during a visit to Michigan as he sat in the cab of an electric-powered Ford truck he was taking for a test drive.

A reporter asked Biden if he would take a question about the ongoing Israel-Hamas conflict.

“Not unless you get in front of the car as I step on it,” Biden shot back. He added that he was teasing, but then hit the gas and sped away.

Associated Press writers Darlene Superville in Washington and Bill Barrow in Atlanta contributed to this report.