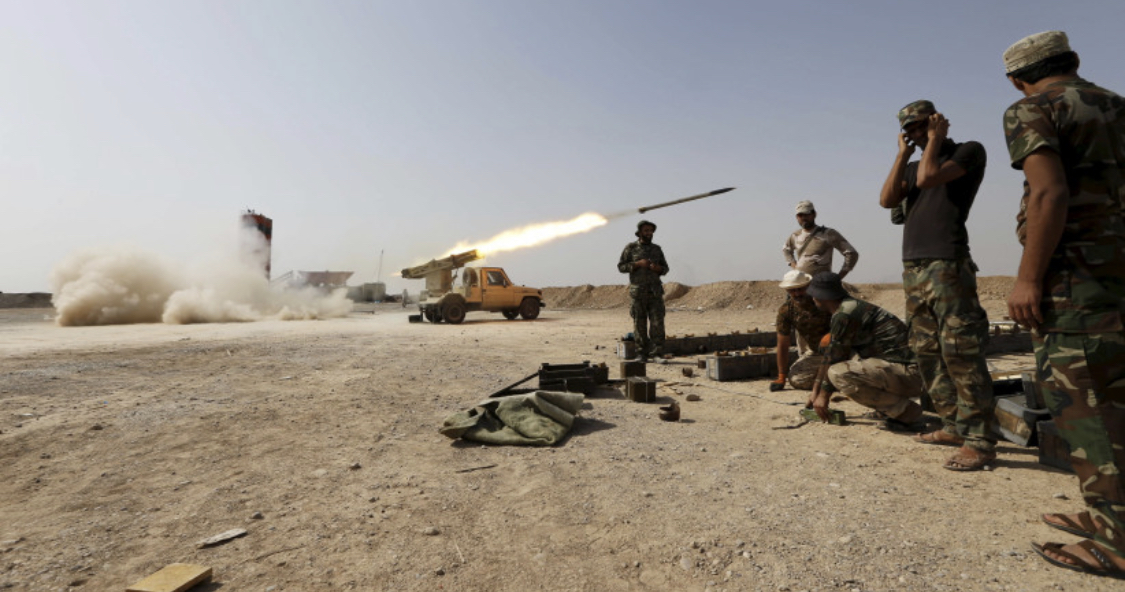 The rocket attack that killed two American service members in northern Iraq late Wednesday was “most likely” carried out by an Islamic Republic backed Shia militia group, the general in charge of U.S. forces in the Middle East told senators on Thursday.

Gen. Frank McKenzie, head of U.S. Central Command, said Kataib Hezbollah is the only such militia group known to have conducted “an indirect fire attack on this scale against U.S. coalition forces in Iraq,” referring to a rocket attack late last year on a military base in Kirkuk that killed a U.S. contractor and nearly led to an all-out war between Washington and Tehran.

Wednesday’s attack came from an improvised truck launcher that fired off 30 Katyusha rockets, 18 of which landed on Camp Taji, a base just north of Baghdad that houses U.S. and coalition forces. None of the incoming rockets was shot down by any air defense system, a U.S. official said.

The U.S. is moving air and ballistic missile defense systems into Iraq to protect against a potential Iranian attack following the escalation in January, McKenzie told the House Armed Services Committee on Tuesday.

The U.S. service members who were killed on Wednesday were one soldier and one airman, the official said. Additionally, one coalition member was killed in the attack, and 12 others were wounded.

Following the attack, reports emerged of airstrikes on  Islamic Revolutionary Guard Corps positions on Abu Kamal near the border between Iraq and Syria. However, the U.S. official said those strikes were not conducted by the United States. It is possible the Israeli military carried out the strikes.

One former Trump administration official said it is likely Wednesday’s attack was conducted with the “knowledge and support of the IRGC.”

“Although some stated they believed the killing of [Iranian Gen. Qassem] Solemani would prevent further attacks, many more believed it would not and that this is the start of their response,” the former official said.

The Pentagon is likely preparing options to present to the president for a response, ranging from direct attacks against the militia group that carried out the rocket strike, targeting IRGC operatives in Iraq or Syria, and perhaps even direct attacks on Iranian military in Iran. The military may also be considering “covert actions,” which could help reduce the chances of escalation.