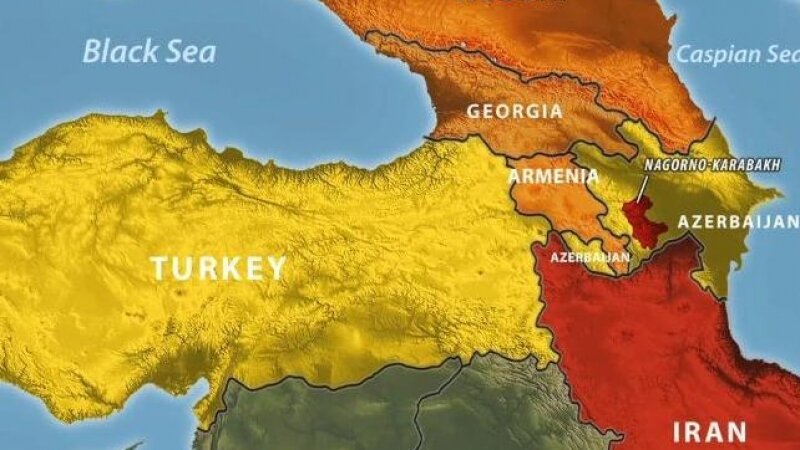 TEHRAN – Despite grappling with a wave of unrest, Iran remains vigilant toward developments in the South Caucasus region, and is ready to ensure its interests in the region.

Over the last few weeks, Iran has been dealing with an unprecedented wave of unrest that broke out over the death of Mahsa Amini, a young girl who died in police custody. The unrest came at a time when the South Caucasus region has become a flashpoint of sporadic skirmishes between Armenia and Azerbaijan.

On Sunday, the Azerbaijani ministry of defense said Azerbaijani forces along the border with Armenia came under fire and took “adequate retaliatory measures.”

Armenia denied it fired at Azerbaijani forces. “Units of the Armenian Armed Forces did not open fire in the direction of the Azerbaijani positions, and the daily dissemination of such misinformation by the Ministry of Defense of Azerbaijan is nothing but an attempt to artificially create tension on the border,” a spokesperson for the Armenian defense ministry said in a statement.

The reoccurrence of border tensions between Baku and Yerevan has long been a source of concern in Iran given Azerbaijan’s overt plans to establish the so-called Zangezur corridor, which, if materialized, would cut Iran’s land border with Armenia.

Iranian concerns over the international borders in the South Caucasus region has exacerbated since the 2020 Nagorno-Karabakh war. Since then, Iran has been warning that it will not accept any change in the borders in the region.

The recent unrest in Iran further exacerbated these concerns as Iran has been busy putting its own house in order. But a senior Iranian official assuaged concerns regarding the situation in the South Caucasus region.

Mohammad Jamshidi, the Iranian president’s deputy chief of staff for political affairs, said unrest did not distract Iran from following developments in the region.

Iranian President Ayatollah Seyed Ebrahim Raisi met with his Azerbaijani counterpart Ilham Aliyev on the sidelines of the CICA Summit in Astana on Thursday.

“In this meeting, Ayatollah Raisi rejected any change in the historical borders, the geopolitics of the region, and the Iran-Armenia transit route. He said it will elicit a decisive response from Iran. Ayatollah Raisi also rejected European military presence in the region under any cover. He said internal issues won’t distract us from the Iranian nation’s strategic interests,” Jamshidi said of the meeting on Twitter.

In the meeting, Ayatollah Raisi stated that the national sovereignty and territorial integrity of the Republic of Azerbaijan and Armenia should be respected, according to a readout of the meeting put out by the Iranian presidency.

“From the point of view of the Islamic Republic of Iran, any change in the historical and geopolitical borders of the region and any change in the transit status of Iran and Armenia are rejected,” President Raisi said.

Recalling that the Islamic Republic of Iran was the first country to welcome the liberation of Nagorno-Karabakh, he added, “Iran is ready to use its great capacity to resolve the discords between Azerbaijan and Armenia.”

The Azerbaijani president, in turn, presented a detailed report on regional developments and the latest status of multilateral negotiations between Azerbaijan and Armenia in Prague.
He also stressed adherence to and respect for the international borders of the Islamic Republic of Iran.

On Saturday, Iranian Foreign Minister Hossein Amir Abdollahian, in a phone call with the Foreign Minister of the Republic of Azerbaijan Jeyhun Bayramov, exchanged views on the most important issues in bilateral, regional, and international fields.

Amir Abdollahian referred to the depth of Iran-Azerbaijan relations and described the recent meeting between the presidents of the two countries on the fringes of the Conference on Interaction and Confidence Building Measures in Asia (CICA) summit in the Kazakh capital as important, according to the Iranian foreign ministry.

Referring to the recent developments in the Caucasus region, the Iranian foreign minister emphasized supporting the sovereignty and territorial integrity of the countries including the Republic of Azerbaijan and Armenia, stressing that the approach is the permanent policy of the Islamic Republic of Iran.