The courts have indicted at least 201 detained protesters behind closed doors on October 24, Apadana Media news website in Tehran reported. Citing the Islamic Republic’s Supreme Leader Ali Khamenei, Hossein Fazeli the chief of Alborz Province Justice Administration charged that some of those detained are the agents of the Islamic Republic’s enemies, adding that others are either sympathize with the enemies or took part in the protests as an emotional reaction.

As in past cases, the regime blames foreigners for organizing the protests, denying any political responsibility for social restrictions and the prevailing economic crisis. On the contrary, it says the United States and its allies planned the uprising because the Islamic Republic was having great success in all arenas.

Fazeli said that the 201 who were indicted had encouraged others to take part in the “riots.” He also accused some other protesters of taking their orders from foreign intelligence agencies, an incriminating charge that could entail death sentence for the detainees.

Meanwhile, hardliner cleric Mahmoud Nabavian, who is a member of the ultraconservative Paydari Party has said in Tehran, without providing any evidence, that BBC Persian and Iran International TVs that beam news and current affair programs into Iran via satellite are the commanders of the protests in Iran. 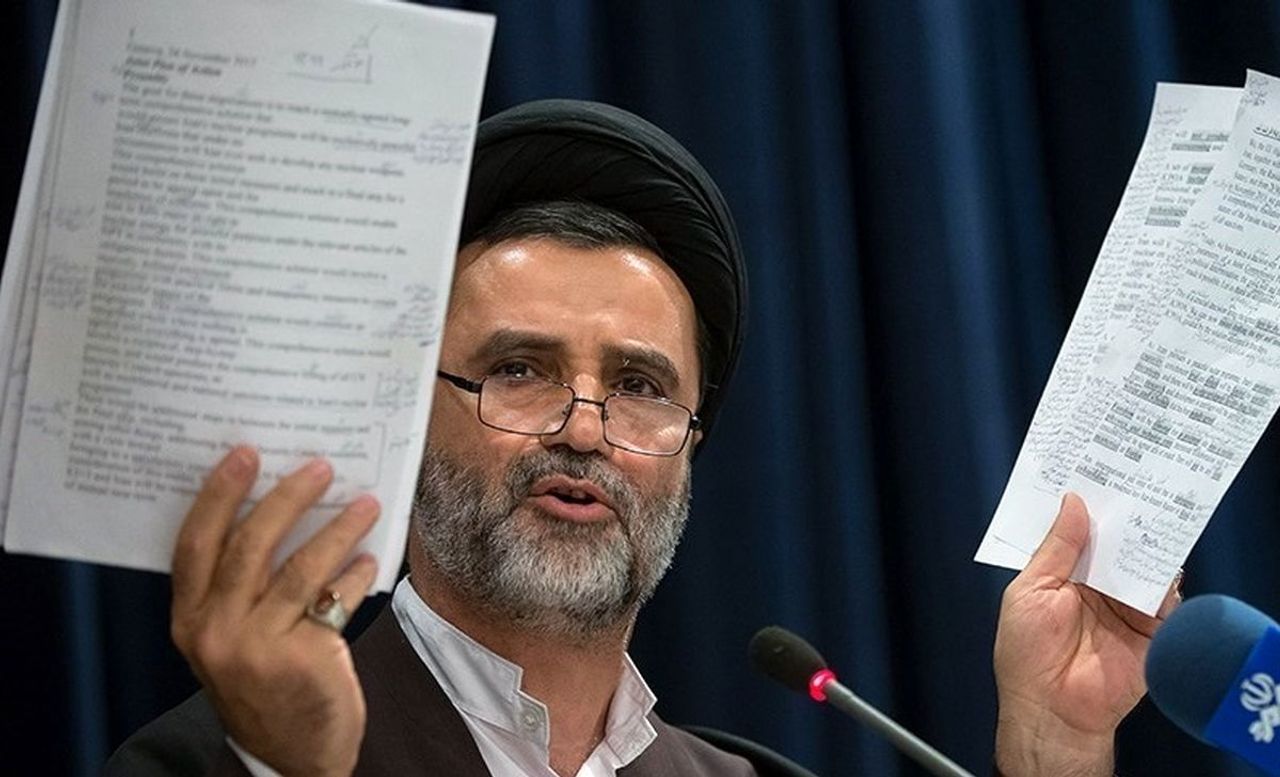 He also said, again without presenting any evidence, that one of the protesters in Iran carried 10 billion rials of Iranian currency ($31,000) during the demonstrations and offered cash to protesters who chanted anti-regime slogans.

Nabavian reiterated that foreigners incited the “riots” with the aim of making Iran insecure.The clerics comments contradict remarks by some Iranian politicians and political activists who have said over and over that it was the government’s misguided policies, mismanagement, imposition of unpopular social restrictions and attempts to lie about Mahsa Amini’s death that triggered the protests. Amini was killed violently in hijab police custody, which triggered the first protests on September 16.

In another development, ultraconservative lawmaker Javad Kariomi Qoddousi claimed that Iran International TV knew about last week’s fire at the Evin Prison, mindless of numerous reports that said prison officials knew about the fire from a few days earlier and they had given furloughs to some regime insiders who happened to be jail on corruption or murder convictions.

At the same time, the 40th day of Mahsa Amini’s death approaches on Wednesday and nationwide protests are scheduled.

Protest gatherings are gaining momentum in various cities according to reports. The 40th day mourning is not customary in the Sunni populated province of Kurdistan where the young woman came from, however, Shiite protesters are adamant to hold their custom as a sign of respect for the victim of police brutality.

Meanwhile, protests have been taking place non-stop since mid-September in Mahsa’s hometown Saqqez in the Kudish province of Kordestan. At the same time, the north-eastern city of Tabriz has been the venue of major protests consisting of smaller gatherings at numerous spots across the city.

Protests took place in several western Iranian cities and town Monday evening, including Orumiyeh (Urmia), a mixed Azari and Kurdish city. The two linguistic groups who had some tensions in the past have issued statements of mutual support to overthrow the clerical regime.