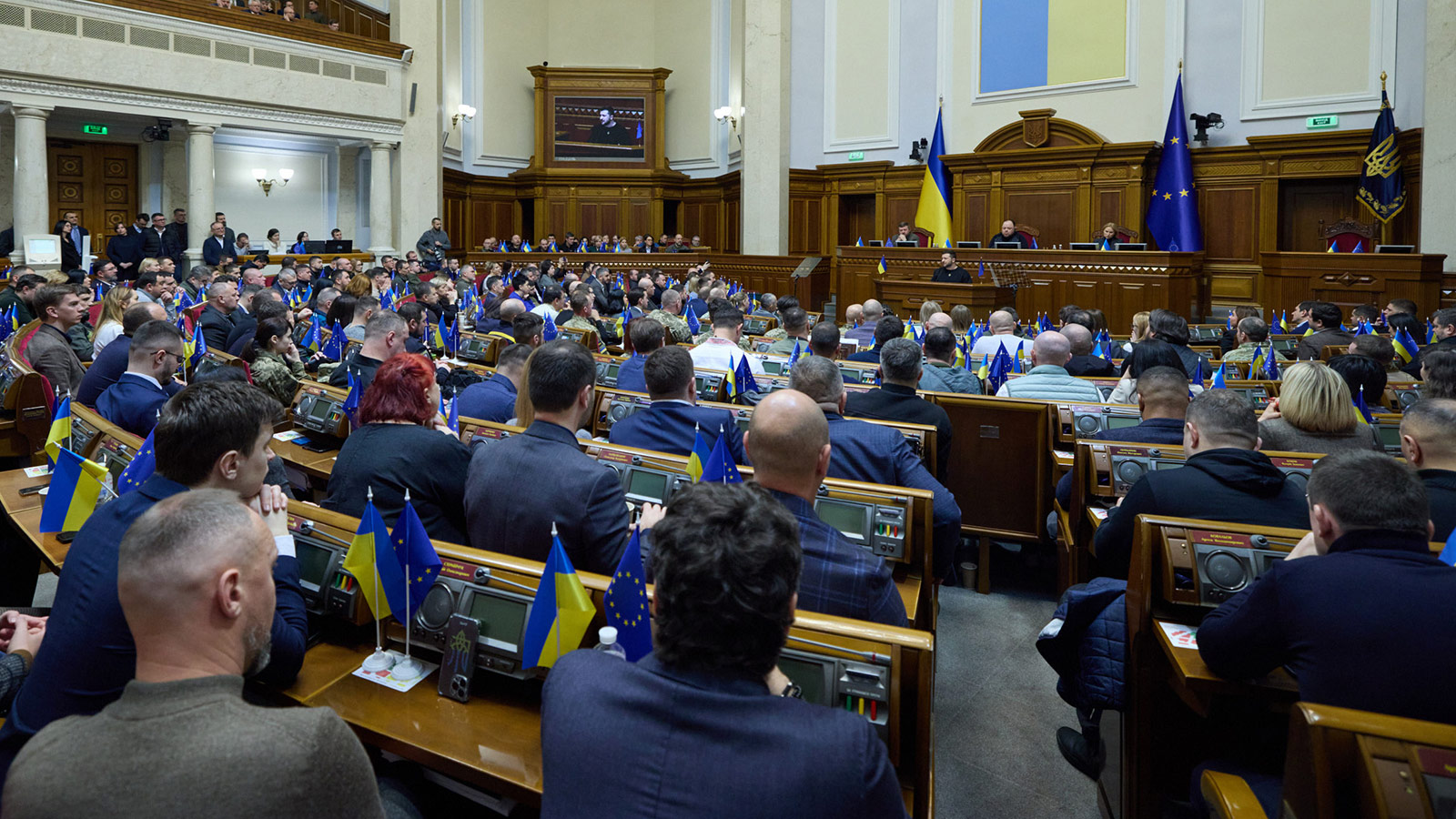 Ukraine’s President Volodymyr Zelensky said in his annual address Wednesday to the Ukrainian Parliament that the war Russia has waged on his country has strengthened Europe’s unity, and that “no one in the West is afraid and will ever be afraid of Russia.”

“It was Ukraine that united the European Union. Turned out, it is possible,” Zelensky said from the parliament’s floor. “And now Europe protects itself. Europe overcomes crises. And this is despite the enormous resources thrown by Russia to wreck our continent.”

“For the first time in history, some European countries have reconsidered the notion of staying neutral and are resisting aggression together with us, together with Ukraine,” he added. “We helped Europe and most of the world to feel that to be neutral now is, I’m sorry, but to be immoral.”

Zelensky went on to say that countries are no longer interested “in whether Russia will hear them,” but rather “what else to expect from Ukraine, what else Ukraine can give to Europe, what else we can give to the world.”

Zelensky also thanked Ukrainian servicemen, calling them “heroes” and said the powerful weapons Ukraine has received have strengthened its advantage.

“And let me remind you — a year ago it seemed impossible that our state would have ‘Patriot’ air defense systems. But now we do have such an agreement,” he said. “This is a special sign of trust to Ukraine. This is a true alliance with the United States of America. We have achieved this.”

During his address, Zelensky also honored Ukrainian Capt. Pavlo Cherniavskyi, the commander of a HIMARS battery, who had asked Zelensky to present his award to US President Joe Biden during Zelensky’s trip to Washington.

“It was an honor for me to fulfill this special mission. But it has a second part to it,” Zelensky said. “President Biden in return handed over a Command Coin — a special symbol from the President of the United States of America. Captain! Pavlo! I owe to give this Command Coin to you now,” Zelensky said.

Zelensky also thanked Biden, both parties of Congress “and every American family for the historic support of Ukraine, the support of our citizens.”