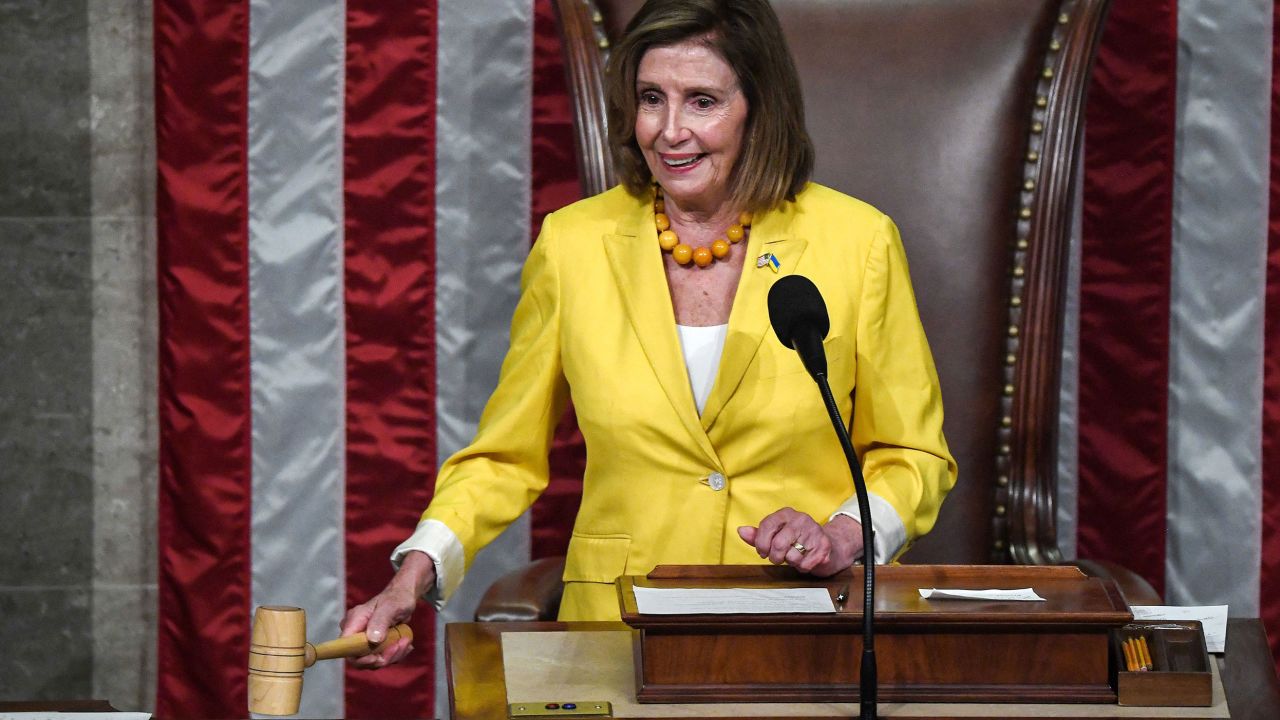 The January 6 committee officially subpoenaed Donald Trump last week, although its members likely would acknowledge that getting the former President to testify is something of a long shot.

House Speaker Nancy Pelosi, however, is trying an unorthodox strategy designed to goad Trump into appearing before the committee: Questioning his manhood.

And, just in case you missed it, Pelosi reiterated: “We’ll see if he’s man enough to show up.”

Which, if you know Trump, is a pretty interesting ploy to a) get his attention and b) lure him into considering testifying.

Trump is all male bravado. He spent both the 2016 campaign and his four years in the White House portraying himself as a macho man, a tough guy who couldn’t stand what he viewed to be the softening of American men.

As I wrote back in 2020 of Trump’s masculinity obsession:

‘His idea of strength and toughness is deeply distorted, twisted and gnarled over many decades of grievance and bravado. See, for Trump, being strong and being tough is tied directly to winning, to dominating, to using overwhelming force to get a desired result.

“In his mind, might makes right. And the world is split between people willing to use their power over others and those too afraid to exert it.”

His recent past is littered with an obsession regarding manliness.

When he released his partial medical records during an appearance on Mehmet Oz’s TV show, Oz singled out Trump’s testosterone count for special praise. “Your testosterone is 441, which is actually –” Oz said, before adding: “It’s good.” (Oz is now the Republican nominee for US Senate in Pennsylvania.)

During a 2016 primary debate, Trump felt the need to defend his hand size from attacks by Florida Sen. Marco Rubio. “I have to say this, he hit my hands,” said Trump. “Nobody has ever hit my hands. I’ve never heard of this one. Look at those hands. Are they small hands? And he referred to my hands if they’re small, something else must be small. I guarantee you there’s no problem. I guarantee you.”

As the nation slogged through the coronavirus pandemic, Trump repeatedly mocked Joe Biden for wearing a mask, suggesting it was something short of manly. “I don’t wear masks like him,” said Trump. “Every time you see him he’s got a mask. He could be speaking 200 feet away and he shows up with biggest mask I’ve ever seen”

Shortly after the January 6, 2021, attack on the US Capitol, then-Trump spokesman Hogan Gidley was asked whether Trump felt emasculated by being removed from Facebook and Twitter. “The most masculine person I think to ever hold the White House is the President of the United States,” Gidley responded.

So, in questioning Trump’s manhood, Pelosi is going right to the heart of what makes the former President tick. And, she hopes, makes him angry enough that he overrides the any advice he may be receiving to stay as far away from the January 6 committee as possible.

Will it work? Probably not. But it’s a pretty fascinating gambit by Pelosi.