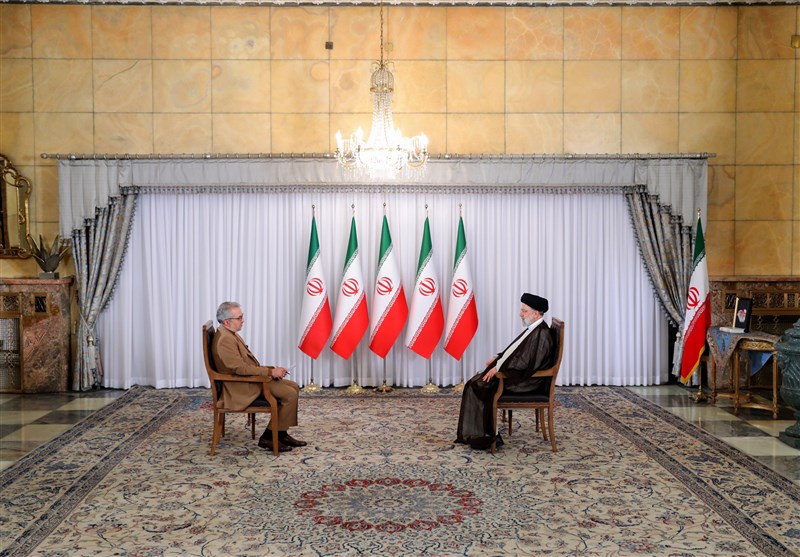 TEHRAN (Tasnim) – President of Iran Ebrahim Raisi said a fair and good agreement in the talks on the revival of the 2015 nuclear deal and lifting the sanctions on Tehran is still achievable with strong guarantees from the West.

Speaking at a live broadcast on Wednesday evening, Raisi talked about his recent visit to New York where he took part in the 77th session of the UN General Assembly.

Asked about the stalemate over the revival of the Joint Comprehensive Plan of Action (JCPOA), the president said he made it clear during this trip that Tehran needs strong guarantees that it can reap the economic benefits from the deal and the other party will not unilaterally withdraw from it again.

Pointing to his meeting with French President Emmanuel Macron on the sidelines of the UNGA, Raisi said, “We discussed nuclear and bilateral issues and the position of the Islamic Republic and what was announced earlier. We announced that a fair and good agreement is completely achievable and we are ready for a good agreement, but the agreement must be fair.”

“The main point we emphasized was that the Americans withdrew from this agreement and the Europeans did not fulfill their obligations. Mr. Macron agreed that the Europeans did not fulfill their commitments. I said that this time we should focus on adherence to commitments. Our positions were such that he said that he would go and talk to Americans and Europeans and express our positions to them and inform us about it,” the Iranian president added, according to his official website.

Stressing the need for guarantees of the Western parties to Iran for reaching a good agreement, Raisi stated, “We once witnessed that they withdrew from the JCPOA and did not fulfill their commitments, so we should be careful.”

Asked about the latest status of the nuclear negotioations, Raisi said, “In the latest text presented by the Islamic Republic of Iran, we emphasized (the need for reliable) guarantees and the resolution of Safeguards issues in order to prevent the western side from violating the agreement and issuing a resolution against the Islamic Republic using political excuses of Safeguards.”

The president further referred to the development in bilateral cooperation with Russia and added, “Since my trip to Moscow until the recent Shanghai summit, our business relations with Russia have increased by 80%.”

He also said that Iran has cooperation with Russia in various fields such as space, oil and energy as well as commercial and economic fields, and stated that cooperation such as the North-South Corridor, which is the rail route between Sarakhs and Chabahar, were also discussed at the Shanghai Cooperation Organization summit.