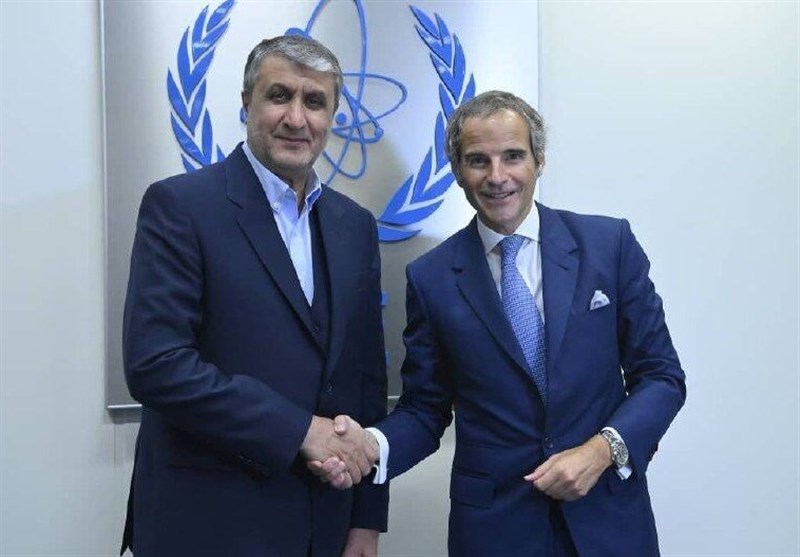 TEHRAN (Tasnim) – Reaffirming Iran’s commitment to the Safeguards Agreement and the Non-Proliferation Treaty, the head of the Atomic Energy Organization of Iran said Tehran will facilitate the UN nuclear agency’s monitoring of its activities.

After attending the 66th annual regular session of the IAEA General Conference in Vienna, Mohammad Eslami outlined the results of his participation in the event and the meetings he has held with senior foreign officials, including Director General of the International Atomic Energy Agency Rafael Grossi.

Eslami said the meeting with Grossi and his deputies revolved around the clarification of outstanding Safeguards issues and the course of cooperation between Tehran and the UN nuclear watchdog.

“The Islamic Republic of Iran is always committed to observing the Safeguards regulations. We are also committed to the Treaty on the Non-Proliferation of Nuclear Weapons. We have facilitated the Agency’s (IAEA’s) monitoring of our activities in accordance with the Agency’s regulations and will facilitate it in future as well,” Eslami stated.

He said Iran will prepare the ground for continued cooperation with the IAEA and will keep the process reassuringly, noting that the UN nuclear agency has repeatedly acknowledged Iran’s cooperation.

A few days ago, Iran’s Foreign Minister Hossein Amirabdollahian also said that the Islamic Republic is prepared to cooperate with the UN nuclear watchdog on resolving the remaining questions concerning its nuclear activities as long as the agency’s approach to the country is purely technical in nature.

The developments come amid stalled talks in Vienna on reviving the 2015 nuclear deal, officially called the Joint Comprehensive Plan of Action (JCPOA), which was unilaterally abandoned by the United States in 2018.

In exiting the JCPOA, the US initiated a “maximum pressure” policy against Tehran, prompting the Islamic Republic to reduce its nuclear commitments in a legal move stipulated under the deal itself.