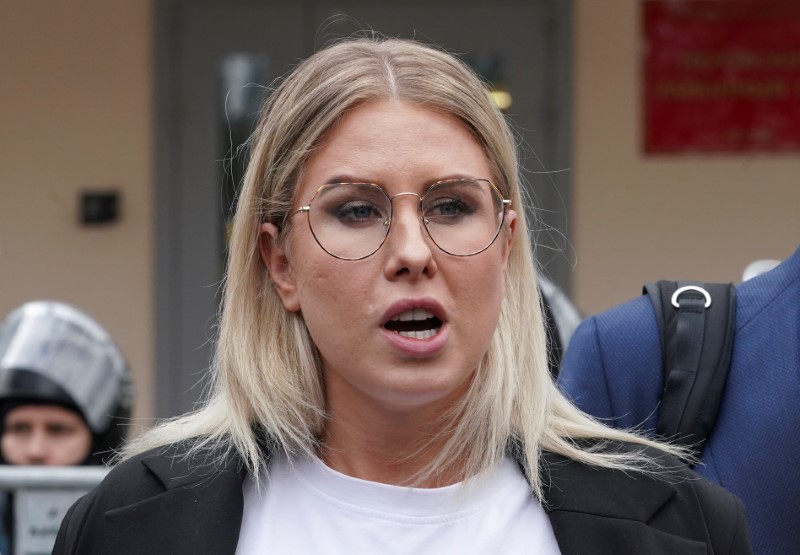 MOSCOW (Reuters) -Lyubov Sobol, a prominent ally of jailed Kremlin critic Alexei Navalny, has left Russia days after being sentenced to parole-like restrictions amid a crackdown on the opposition, Russia’s RT and REN TV channels cited sources as saying on Sunday.

Sobol could not be reached for comment. Her allies declined to speak on her behalf. The outlets said she had flown to Turkey on Saturday evening. The chief editor of the Ekho Moskvy radio station also said she had left the country.

The 33-year-old is one of the most well-known faces of Navalny’s entourage. She stayed behind in Moscow this year as other close political allies fled fearing prosecution ahead of September’s parliamentary elections.

Sobol was sentenced to 1-1/2 years of parole-like restrictions on Tuesday for flouting COVID-19 curbs on protests, a charge she called politically-motivated nonsense. The restrictions included not being allowed to leave home at night.

After the ruling, she said on Ekho Moskvy radio station that the sentence had not yet come into force and that the restrictions were not effective. “Essentially, you can interpret this as the possibility of leaving the country,” she said.

Navalny himself is serving 2-1/2 years in jail for parole violations in an embezzlement case he says was trumped up.