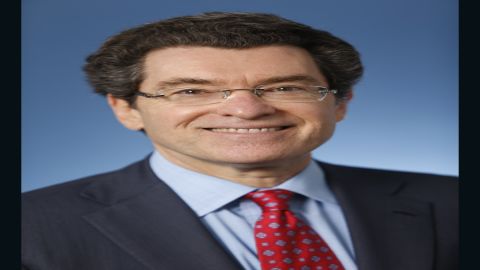 Editor’s Note: Norman Eisen, a former ambassador to the Czech Republic and former President Barack Obama’s “ethics czar,” was special impeachment counsel to House Judiciary Committee in 2019-2020. Joanna Lydgate is the former chief deputy attorney general for the state of Massachusetts. Eisen is the Chair and Lydgate is CEO of the States United Democracy Center (@statesunited). The opinions expressed here are their own. View more opinion at CNN.

For all those alarmed by the assaults on democracy in the 2020 election cycle and its aftermath, it will come as a great relief that the rule of law is pushing back. 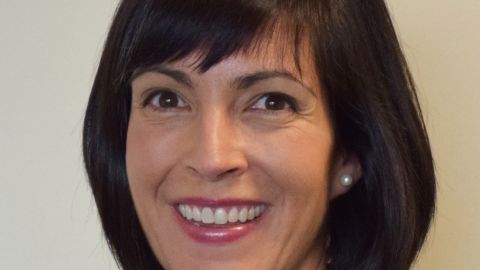 The latest example is a federal judge in Colorado who sanctioned two lawyers for “echoing and repeating election-rigging conspiracy theories” and noted that those allegations “are extraordinarily serious, and if accepted as true by large numbers of people, are the stuff of which violent insurrections are made.” This decision is important in its own right. It could also have broader implications for those who continue to baselessly spread the “big lie” – including former President Donald Trump himself.

US Magistrate Judge N. Reid Neureiter’s decision to sanction the lawyers on Tuesday stemmed from a lawsuit they filed in December, which pulled from the same playbook as the 60-some failed cases that Trump and his allies used to try to advance the “Big Lie” that the 2020 presidential election was stolen.

In this particular matter, the two attorneys filed the lawsuit on behalf of all registered voters in the United States, falsely claiming that officials in Georgia, Michigan, Pennsylvania, and Wisconsin had engaged in a “vast conspiracy” with tech companies to interfere with the election. The plaintiffs asked a federal court in Colorado to declare the “the actions of multiple state legislatures, municipalities and state courts in the conduct of the 2020 election” as “legal nullities,” and sought a total of $160 billion in damages. The court, like so many others around the country dealing with similar cases, dismissed the suit on numerous grounds and rejected these bizarre claims of election fraud.

Judge Neureiter has now issued sanctions against the two lawyers, ordering them to pay the defendants’ legal fees. In issuing the sanctions, Neureiter cited a powerful opinion from Judge Stephanos Bibas (a Trump appointee) when he rejected a similar effort by the former president’s campaign to halt the certification of Pennsylvania’s election results in November 2020, writing, “Calling an election unfair does not make it so. Charges require specific allegations and then proof. We have neither here.”

Here’s why this case is so important: it reminds us that democracy is not defenseless. The body politic has an immune system, and it is the rule of law. The legal system will fight back against baseless claims of election fraud, and our democracy will not be undermined without a serious fight. As Neureiter makes clear, a law license comes with many privileges, but along with that privilege comes responsibility, specifically “the sworn obligation of every lawyer … not to abuse that privilege by making factual allegations without first conducting a reasonable inquiry into the validity of those allegations.” And that responsibility, we would argue, is only heightened when making allegations that strike at the very heart of our democracy.

The decision matters not just for the two attorneys in Colorado, who will hopefully think twice before filing another suit without independently investigating the facts. It is also sends an important message to other attorneys and their clients, along with the public at-large. As the court explained, “Sanctions are required to deter the filing of frivolous, politically motivated lawsuits such as this in the future.”

This decision isn’t the only one of its kind. In March, the Arizona Republican Party and its lawyers were ordered by the court to pay the secretary of state more than $18,000 in attorney fees after a judge deemed the lawsuit, which contested the results of the election, groundless and lacking in good faith.

After a Minneapolis attorney filed a lawsuit seeking to overturn the 2020 presidential election results in at least five states, US District Court Judge James Boasberg found that it was so flawed the attorney should be referred to the Committee on Grievances for possible disciplinary action. Boasberg noted that, “when any counsel seeks to target processes at the heart of our democracy, the Committee may well conclude that they are required to act with far more diligence and good faith than existed here.”

Then there is Rudy Giuliani. The personal attorney for Trump is reportedly “close to broke” after being suspended from practicing law in New York state by an appellate court for making “demonstrably false and misleading statements” about the 2020 election. His law license has also been suspended in Washington, DC.

Attorneys will continue to be held accountable by the rule of the law – along with the rest of the legal profession, but what about the clients who inspired them and sought their services? Former President Donald Trump repeated lies that the 2020 presidential election was “stolen,” which led to the deadly attack against the United States Capitol on January 6. He incited his followers in the months preceding January 6– and at the infamous rally earlier that very day.

Trump should be concerned about the sanctions in Colorado because it is a reminder that the legal system has its eye on him – and others who have baselessly spread his election lies. He’s also personally at risk of civil liability in a series of federal lawsuits against him and others, as the organization we help lead, the States United Democracy Center, explained in a recent amicus brief in those cases.

And Trump could also face potential criminal investigation for his post-election shenanigans, both federally and at the hands of prosecutors in places like Georgia. There, the intrepid Fulton County District Attorney Fani Willis is investigating his alleged solicitation of state officials to disregard legitimate election results. In the meantime, Trump continues to peddle his electoral falsehoods, demonstrating a lack of remorse that is relevant in civil and criminal proceedings alike.

There seems to be no shame among those who continue to purvey the election lie – even at the risk of court punishment. This week’s Colorado decision is the latest step in imposing consequences upon those who undermine our democracy. The justice system must remain committed to making sure they are not allowed to continue. From what we’ve seen, they certainly won’t stop on their own. Fortunately, the rule of law is proving to be on the side of accountability.