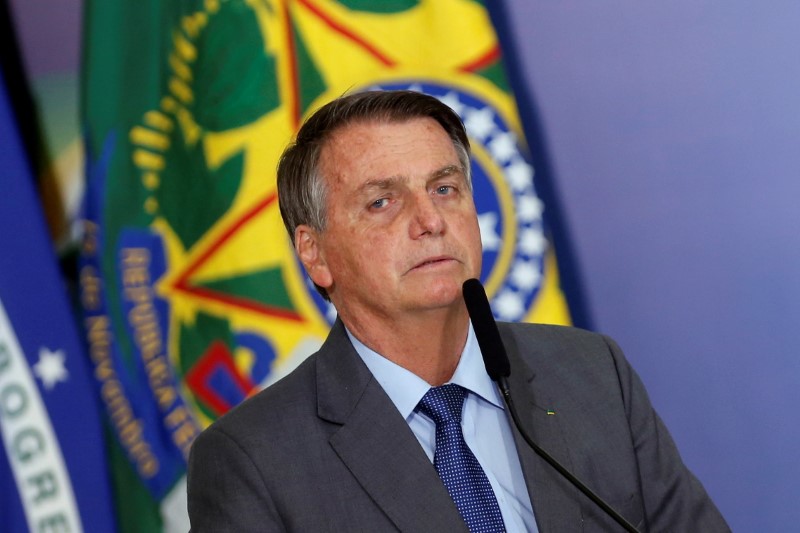 A source familiar with the matter confirmed to Reuters that the Biden administration raised concerns over Bolsonaro’s unfounded claims of fraud in Brazil’s all-electronic voting system and his threat not to accept the results of next year’s election if the system is not changed.

The nature of the message delivered by Sullivan was first reported in the Folha de S.Paulo newspaper on Saturday. It quoted a U.S. official saying Sullivan stressed the importance of not undermining confidence in Brazil’s electoral process, especially given no evidence of fraud in previous elections has been presented.

Bolsonaro has railed for weeks against the electronic machines used in Brazil and pushed for the adoption of printed receipts that can be counted if any election result is disputed. He has provided no evidence of past fraud or current vulnerabilities. The president has vociferously attacked a Supreme Court justice for publicly doubting his unfounded claims and for saying the system could be audited.

Sullivan’s delegation conveyed U.S. confidence in the ability of Brazilian institutions to hold fair and free elections in 2022, the U.S. embassy said in a statement, without giving details.

Amid a worsening crisis, Bolsonaro has ignored calls – even from some of his own allies – to drop his feud with the Supreme Court. On Friday, he called one of its justices a “son of a whore” amid rising tensions over his insistence that the machines are vulnerable to fraud.

That came one day after a congressional committee voted to shelve a constitutional amendment that would have adopted the hybrid voting system sought by Bolsonaro where machines print a receipt that could be re-counted.

The amendment will be put to the vote in the lower house plenary this coming week but is not expected to muster the three-fifth votes needed to pass.