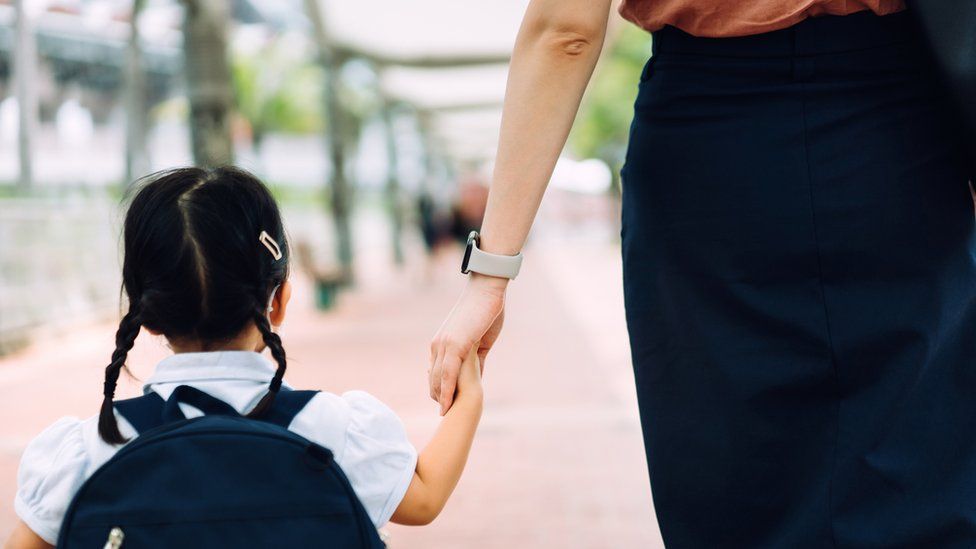 Dozens of students were held inside a Chinese primary school for hours after it was locked down because a staff member tested positive for Covid-19.

A large group of parents gathered outside the school, anxiously waiting for news which did not come until almost midnight.

The children were tested and reportedly told to wait in the school overnight until their results came out.

The students are thought to have been between seven and 12 years of age.

According to local site Jimu News, the school principal finally emerged at around 23:30 local time (15:30 GMT) and told waiting parents that some children would have to go into quarantine.

They were then asked to pack clothes for the children, who would have to spend the night at school. The principal added that they would be released the next day when the results were out, the report added.

It is not clear how many students were affected by this but a news report by the Falun-gong linked New Tang Dynasty Television outlet reported that 35 students were eventually taken away into quarantine.

All teachers, students and staff members at the school were tested for the virus.

The school has been temporarily shut.

China has maintained a strict zero-Covid policy since the outbreak began, almost two years ago – and it shows no signs of changing tack to living with the virus.

Its strategy, which includes strict lockdowns and border closures, comes in stark contrast to many western countries – and even countries in Asia that are slowly beginning to open up.

Many other countries like Australia, South Korea and Singapore initially aimed to eliminate infections entirely, but have since switched to a policy that accepts the virus as endemic.

Health experts have questioned how long China can pursue its elimination strategy.

China has previously admitted the virus remains the “biggest challenge” to the Winter Olympics, which is due to be held in February next year.