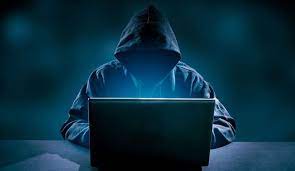 Black Shadow, a hacker group linked to Iran, uploaded the directory of patients of an Israeli hospital on Tuesday night. As per the local reports, the data released in public includes names, personal information, vaccine status, appointments and medical test results of more than 290,000 patients of a specific medical center.

Describing this as “one of the most serious attacks on privacy that Israel has ever seen,” the Head of the Israel Internet Association Yoram Hacohen told the Times of Israel that “Israeli citizens are experiencing cyber terrorism… This is terrorism in every sense and the focus now must be on minimizing the damage and suppressing the distribution of the information as much as possible.”

He also blamed Telegram for the increase in hacking activities in the country. The chief said that Telegram has failed to establish boundaries and is partially responsible for this as the social media platform does not limit the spread of private information.

This hack of patients’ records comes a few hours after the same hacker group released the whole user database of an LGBTQ dating website of the country.

The Iran-backed group, Black Shadow, uploaded information from the database of Atraf LGBTQ dating website on Telegram, during the early hours of Tuesday. The information released included sensitive details about users such as name, age, location, HIV status and more.

This was done by Black Shadow as a punishment to the dating website as the owners of the dating platform had refused to pay a ransom of $1 million in digital currency that the hackers had demanded, in exchange of giving up the private information safely.

In addition to this, the group had also hacked the systems of Israeli internet hosting company, CyberServe, which had adversely affected the LGBTQ dating website, websites of tourism company Pegasus, public transportation company Dan and children’s museum Kavim.

Israel claims they are being targeted with cyber crime more frequently now, especially since Iran’s gas distribution system had suffered a major loss due to a similar hack on October 26 — Iran had blamed the US and Israel for their loss.