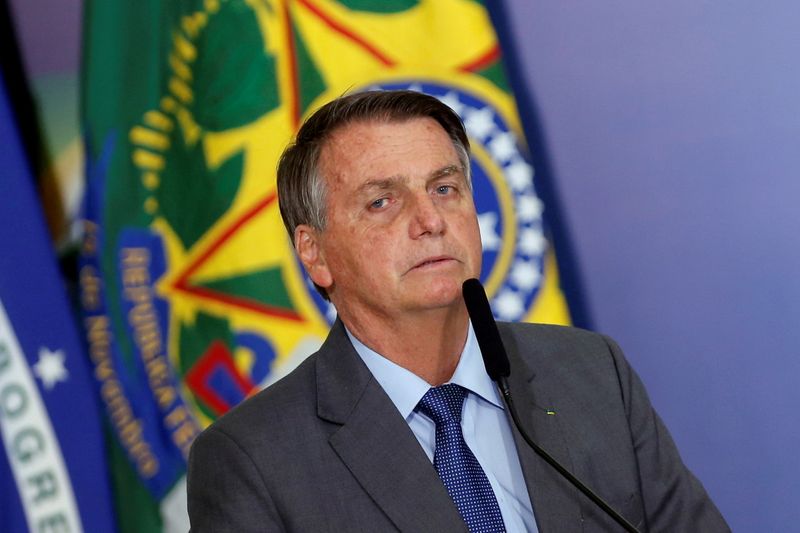 SAO PAULO (Reuters) – Hundreds of business leaders representing large Brazilian banks and companies on Thursday published a letter titled “Elections will be respected”, in an apparent rebuke of President Jair Bolsonaro’s recent threats against the 2022 elections.

“The principle of a healthy democracy is that elections are held and all involved accept its results,” the letter said. Bolsonaro has repeatedly said if the printed ballots system is not adopted, the 2022 elections would not be held. On Wednesday, he threatened to react to a Supreme Court probe into his conduct “acting beyond the constitution”.

Without citing the president, the letter said: “Brazilian society is guarantor of the constitution and will not accept authoritarian adventures”.

The letter was also signed by economists, diplomats and representatives of civil society.

On Wednesday, Bolsonaro raged against a Supreme Court investigation into the unfounded accusations that Brazil’s electronic voting system is vulnerable to fraud. Critics say Bolsonaro, like former U.S. President Donald Trump, is sowing doubts in case he loses in 2022. He has already threatened not to accept the result if the system is not changed.

“Brazil is facing a sanitary, social and economic crisis of large proportions. Thousands have lost their lives to the pandemic and millions lost their jobs”, the letter says, adding that the only way to get out of the situation is through democratic stability.