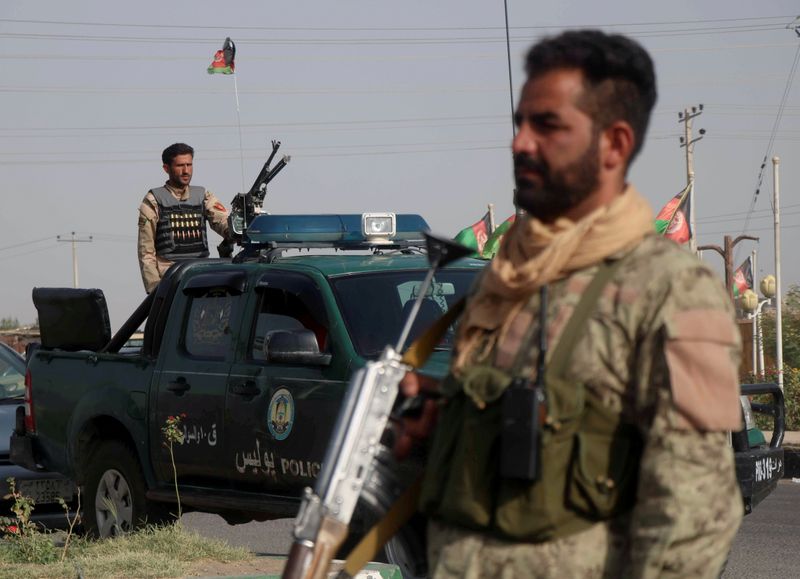 The Taliban have stepped up their campaign to defeat the U.S.-backed government as foreign forces complete their withdrawal after 20 years of conflict.

Fighting has been particularly heavy inside the city of Herat, near the western border with Iran, Lashkar Gah, capital of Helmand province in the southwest, and Kandahar in the south.

The three Taliban commanders, who spoke on condition of anonymity, told Reuters that they were focused on capturing Herat and Kandahar, with Lashkar Gah in their sights.

“Mullah Yaqoob argued that when U.S. didn’t fulfil their commitment why should Taliban be made to follow the accord?” said one of the commanders, based in Kandahar, referring to the group’s military chief.

“Mullah Yaqoob has decided to capture Kandahar and Herat and now Helmand and then it could be Kunduz, Khost or any other province,” said the commander, saying the military leader’s arguments had won over the group’s political office.

A Taliban spokesman did not respond to a request for comment. Taliban negotiator Suhail Shaheen told Reuters the group was continuing its policy of seizing control of rural areas and implementing Islamic Sharia there, rather than focusing on cities.

The Taliban, who ruled with an iron hand from 1996 until 2001, had said previously they would focus on lucrative border crossings and large rural areas, though they have encircled and at times entered provincial capitals.

The group has been waging a massive nationwide offensive since April when President Joe Biden announced troops would withdraw by September and as officials warned peace talks in Doha were failing to make substantive progress.

In recent weeks, there have been sustained attacks on Herat, Kandahar and Lashkar Gar, stretching Afghan special forces thin and killing dozens of civilians.

FIGHTING ‘NOT LIMITED TO PERIPHERIES’

Officials and experts said they saw signs of a change in strategy last month.

“Taliban are pushing against the provincial capitals … not just to exert pressure but to capture them,” said Asfandyar Mir, a South Asia analyst from Stanford University.

“The main evidence is the extent of their breach of these cities. Fighting is not limited to the peripheries any more. This switch in Taliban strategy has been formalised after Eid, though Taliban forces were putting serious pressure on Kandahar even before Eid.”

The Muslim holiday of Eid al-Adha was celebrated last month.

Kandahar and Herat are the second- and third-largest cities of Afghanistan by population. Experts said their loss would be a major political blow to the government and could potentially trigger major realignments in favour of the Taliban.

“Capture of Kandahar means a lot to the Taliban. It was their capital and occupying the city is great morale boost for the Taliban… This is something they cherish and for Kandahar, Taliban can risk international ire,” said an Asian diplomatic source closely following the Taliban.

A Western security official said: “The fact they are attacking (cities) is a sharp reaction to air support offered by the U.S. … The Taliban have proven that now they will not just stop with controlling trading points.”

It is not clear whether U.S. airstrikes would continue after foreign forces complete their withdrawal.

A spokesperson for U.S. forces in Afghanistan and the U.S. embassy did not immediately respond to requests for comment.

Experts and officials say that for now a military takeover of Kabul would be much more difficult for the Taliban than provincial capitals, but that the group could increase bombings and attacks to undermine security and public morale.

The Taliban claimed responsibility for an attack at the acting defence minister’s residence on Tuesday and warned of further violence.